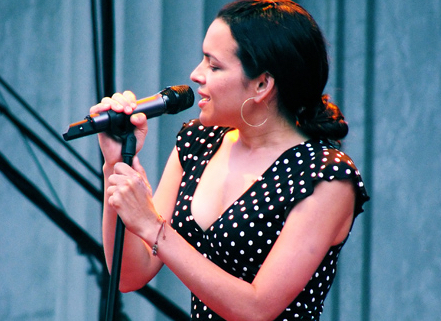 Norah Jones Needs a Pick-Me-Up: It’s been a year since the release of Norah Jones‘ Pick Me Up Off the Floor album. To celebrate the anniversary, she’s performing a live-streamed show this week. Let’s face it, the album’s release was seriously messed up by world events.

According to the Veeps website, “To celebrate the anniversary of Pick Me Up Off The Floor Norah will perform the album in its entirety for the first time with a band from Irving Plaza. The show will be directed by renowned photographer Danny Clinch. A portion of proceeds will go to support Crew Nation.”

The album is Jones’ seventh and the reviews have been largely stellar, so check out the show.