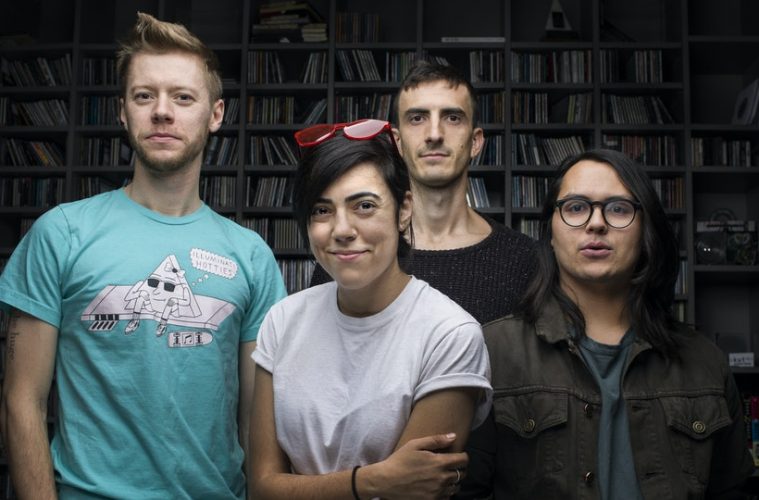 Illuminati Hotties Play Trio of Shows: Los Angeles indie rockers Illuminati Hotties are playing three shows in the area this week — the Observatory in Santa Ana on Wednesday, and then Highland Park Ebell on Saturday and Zebulon on Sunday.

Back in June, Sarah Tudzin told us about their experience at Willie Nelson’s Luck, Texas ranch. “Ever since my own childhood, my father played the records and preached the gospel of Willie Nelson: three chords and the truth. So when Illuminati Hotties was asked to play this self-proclaimed anti-festival for “outlaws and outliers…follow[ing] their dreams without compromise,” I was thrilled at the opportunity to share my music, but even more excited to see the Red Headed Stranger himself. It was a near perfect day at the ranch – open bar for all, bacon-wrapped rotisserie crocodile for lunch, country-wear boutiques, cold brew coffee, and enough Willie Nelson branded weed to soothe a bucking bronco. When Willie finally took the stage with his family band, the air was vibrating. At 85 odd years, he sounded as good as ever. I watched as the audience was spellbound by his usual cowboy charisma & sang aloud the songs of outlaws past.”

“The songs tell a story of my gremlin-ass running around LA, sneaking into pools at night, messing up and starting over, begging for attention for one second longer, and asking the audience to let me do one more,” Tudzin said in a press release.

Hear the songs for yourself all week.