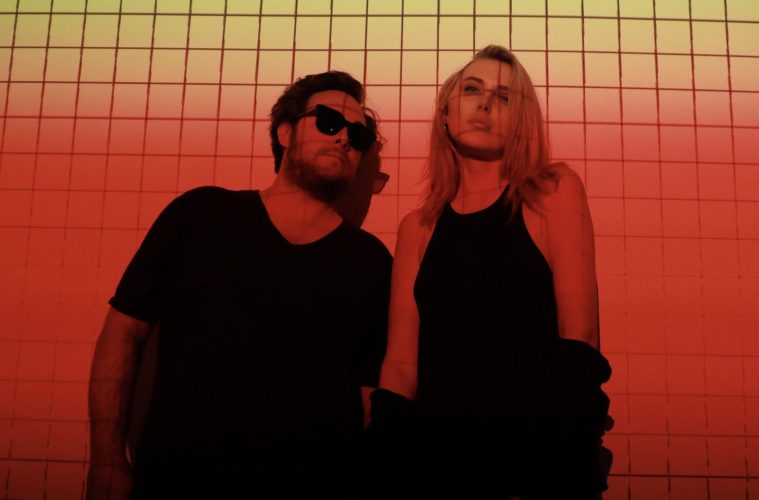 They Kiss Gave it All

Brett Callwood11月 29, 2020
The video for new single “I Gave it All” from Los Angeles synth-pop duo They Kiss sees singer Anna Makovchik walking the streets and singing in front of neon signs, while bandmate Francesco Civetta hangs out wearing a moody expression and sunglasses. There’s something undeniably cool about the pulsating beats and sense of urban debauchery — recalling the likes of Blondie but also synth pop icons such as Depeche Mode.

That follows the similarly electro-goth brilliance of  the “This Love is Real” single, released in April. The duo are laying the foundations for an exciting career that sees them embrace contemporary electro-pop as well as some ‘80s nostalgia.

They came to be when Makovchik, who had recorded but not released a solo album, wanted to collaborate with someone and found Civetta to be a perfect fit.

“I was in an indie pop band out of San Francisco called Kiwi Time,” Makovchik says. “I don’t talk about it much, but we had a following and toured. We’re still best friends.”

She’s being quite modest; Kiwi Time was four friends originally from Belarus, together between 2011 and 2015 and known for standing up for human rights issues including LGBTQ rights in Russia. 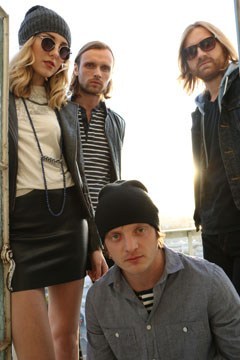 “We were raised in a country that portrays LGBT people as third class citizens,” the band told Glaad.org in 2014. “It’s been hard coded in our brains from childhood, but we learn and change on a daily basis. We‘ve learned about basic human rights, about what the full concept of freedom means and we’ve struggled internally with what we’ve been brainwashed with and what we as adults are unlearning now. We are not perfect and still make mistakes and we want to take our friends and our former countrymen on the journey we are going through.”

They went on to explain that their goal is to “help open their eyes and gain acceptance on other issues. It’s not well known that the LGBT people of Belarus and Russia are actually supported by many musicians and artists. Outward support for anyone in the LGBT community can jeopardize someone’s career. Living in San Francisco for the past 5 years has taught us a lot about how to embrace and celebrate the differences in everyone. We want to help people who assert their rights to build a strong spirit. We are advocates for an aware society that offers equality for everyone, whether it be politics, religion or the right to love.”

It was an admirable quest, given Russia’s approach to homosexuality. Just look at Pussy Riot for proof of how much turmoil can result from speaking out. Their It’s Kiwi Time EP was produced by Dan Shea, who had previously worked with names as stellar as Mariah Carey, Janet Jackson and Bono.

They Kiss might not, up to now at least, be as politically active. The songs reference relationships, everyday life, but they’re no less important. Times change and people move on. And once Makovchik decided that she wanted to work with Civetta, she was relentless.

“She kept showing up at my door,” laughs Civetta.

“Yes, once I’ve decided that I’m working on something, I get to work,” Makovchik adds.

The pair describes their sound simply as “synth pop,” with a press release describing “This Love is Real” as: “The duo delivers dancefloor ready, groovy drums over a moody, melancholic melody. ‘I Gave It All’ is a redemptive song encapsulating the sobering moment when you realize a relationship didn’t work out. Still, you’re moving on with a lesson learned – ready to embrace the fullness of what the world has to offer.”

The track was produced by They Kiss, and Dom Goldsmith from British trip-hop group Haelos, and it showcases the genre-defying sound that we can expect from a forthcoming EP. It’s released via Civetta’s own Cash NYC label, with management from L.A. company Mother West.

“I set up Cash NYC Records to release my solo album,” Civetta says. That solo material is all from the electronic end of the spectrum, and if you listen to that plus Kiwi Time, it’s clear what each of the musicians brings to They Kiss individually.

“Their paths converged organically, both artists connected creatively into a seamless collaboration, fueled by their love of rock & roll, British trip-hop, grunge, and 80’s synth-pop,” reads a press release.

They Kiss’ “I Gave it All” single is out now.