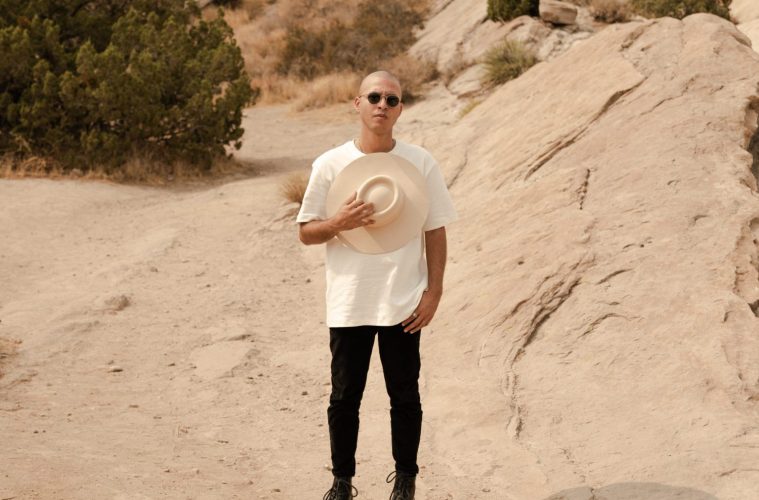 Inside the Mind of David Dann

When David Dann released the “You & Me” (featuring Nicolas) single in the summer, it generated more than a bit of excitement from within the electronic music community. After all, it was the first new music from Dann in seven full years.

“This one has a bittersweet tone to it,” Dann said of the song. “This song felt like it was the perfect track to relaunch my artist project. So the second we were done with the track, we were immediately excited to share it with the world. We have an incredibly visceral and cinematic music video to follow, which I think fans will find gripping like a classic action movie, but with vulnerable moments to match the song’s ethos.”

He’s right; the song does have a bittersweet tone. The muted opening has the vibe of an ‘80s film score, a la Tangerine Dream or something. Then the melancholic vocals kick in, and the song sort of opens up. It becomes progressively more upbeat, and hopeful. As such, it’s a perfect song for the current times.

But still, where the hell has Dann been? A lot has happened in the last seven years. Shit, the last four years alone have been some of the most eventful in the country’s recent history. The last time Dann released material of his own, Obama was only one year into his second term. It was a different world, blissfully unaware of the shitstorm approaching.

The answer is that he’s been very busy. Having set up his Mind of a Genius podcast when he was very young, he formed the label of the same name in Los Angeles in 2013 (the same year that he last released new music).

“In 2013, Mind of a Genius Records was born in Los Angeles, California,” reads the label’s website. “Inspired by labels such as Motown & XL Recordings, founder David Dann aspired to create an environment in which artists could express themselves in their purest form possible.  Free from the pressures of working in large, corporate environments, the artists and company operate alongside each other under the same roof – a vision that supports growth and meaningful connection for all parties. Now, Mind of a Genius is home to a diverse collective of artists who change the lives of their listeners through profound messaging in their music. The label is not bound to genre – Mind of a Genius prides itself on finding, cultivating, and launching original and authentic music through carefully architected projects around the world.”

Dann has had a stunning array of talent on that label, including Gallant, Mindchatter, Klangstof, Kwaye, They., Karnaval Blues, Peter $un and of course Zhu. Both Gallant (for the Ology album) and Zhu (for “Faded”) achieved Grammy nominations while working with Mind of a Genius. Dann is currently taking Zhu to court for an alleged contract breach, a tragic break in the relationship.

“David shared a great deal of positive history with Steven, and was instrumental to the inception of ZHU,” John Vafa, Dann’s attorney, said to Pitchfork in October. “It is unfortunate that the relationship reached litigation. Artists are obviously entitled to their share, as are the teams and individuals behind their success. David hopes to resolve this matter amicably and wishes nothing but the best for Steven.”

“The record industry is all about highs and lows,” Dann told us. “When things are good, they’re great. But the time was right for me to come back. I had something to say.”

In a press release, Dann said of his return to action, “This was something that I forgot I even had in me. Performing live brought so much joy not only for myself, but for so many people around me. It was something that I had put to the side for so long, but recently had felt like something was missing in my personal expression. After that show at Sound, I rediscovered that love of performing, and that really reinvigorated me to give a serious solo project a shot.”

Frankly, it’s great to have Dann back and pumping out fresh new material. The Los Angeles electronic music scene is better for it, although Dann says that we were in a relatively healthy place anyway (but for the COVID-led lockdown).

“It’s promising,” he says. “Pre-COVID, live music was at its peak, so maybe it was time for a reset. Still, there’s no electronic music scene without nightclubs. We see a lot of people have success and then disappear – career consistency is more challenging right now than at any point in music history. But there’s enough young talent out there to keep me hopeful.”

Hope is what we need right now; at the time of writing, Joe Biden has won the election and is the president-elect, but President Trump is still refusing to accept the results. It’s a grueling, painful experience, right in the middle of a pandemic that has kept us locked down since March.

“Frankly, it’s been rough,” says Dann. “I started in April thinking it was a beautiful opportunity but I thought it would be over by now.”

While it took seven years for “You & Me” to emerge, it’s not likely that it will be so long before we hear more new music from Dann. He’s promising more new music is on the horizon. His team is describing it as, “simultaneously a swan song for the COVID age and a triumphant return to those who have known Dann the longest in his career, the track represents a return to his roots indicative of his affinity for live performance back in bloom.”