Revenge of Ritchie: Wrath of Man Has Vigor, But Lacks Vision – 洛杉矶周报 – 亚洲版 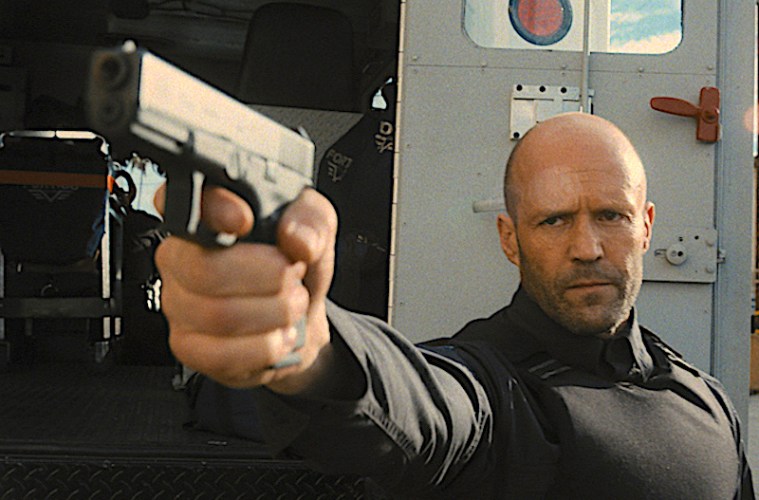 Revenge of Ritchie: Wrath of Man Has Vigor, But Lacks Vision

Chad Byrnes5月 11, 2021
Guy Ritchie’s penchant for transforming the crime genre into something that borders on Monty Python-esque farce was his calling card for years. Breaking out with 1998’s stylish noir comedy Lock, Stock and Two Smoking Barrels and following up with similar capers like Snatch and Revolver, Ritchie seemed to be cementing his reputation as the British Tarantino. That is, before he had an identity crisis and helmed splashy family fare like the live-action Aladdin and most unfortunately, King Arthur: Legend of the Sword.


Now Ritchie is back with his old friend Jason Statham,  once again exploring man’s penchant for violence and quipped dialogue in the self-conscious but compelling, Wrath of Man. This time around,  the director loses the British snark, but still favors convoluted storylines over human complexity.

Statham stars as Patrick Hill (or simply “H”), an iron-jawed, introverted new addition to a Los Angeles security firm that just had one of their armored trucks robbed and security guards killed. Although H tries to disguise himself as an amateur by barely passing the company’s driving and marksmanship tests, when some gangsters try to rip off his armored truck in his first week and he kills them swiftly, it’s apparent there’s something unique about this new British employee. As it turns out H is on a revenge mission, and as revenge fantasies go, we soon find out the reason behind his unabated vengeance (his deceased son),  as well as who all the players are on the chessboard.

Based on the 2004 French film “Le Convoyeur” (“Cash Truck”),  the film has a lot of weapons in its arsenal to stretch a thin story to its brink. Although Ritchie switches visual techniques like a businessman changes socks (one minute we’re in Michael Mann territory with its gritty realism, the next we’re dropped into dark rooms with crimson palettes that feel like wandering into a Nicolas Winding Refn flick), these stylistic flourishes have a way of embellishing the subplots and keeping us engaged. The dialogue is hilariously self- aware and the masculine bravado unabashed. The action sequences are expertly choreographed and there are some great supporting performances by familiar faces like Holt McCallany and Josh Hartnett. There’s even a fun Post Malone cameo. But it all needs more cohesive vision.

As follow-up to the director’s 2019 hit The Gentlemen, Wrath of Man is undeniably a good time. But you can’t help but think that it had the potential to be more introspective, beyond just another heist-filled action flick. Maybe if Ritchie slowed things down and developed a character or two, we could lose ourselves more in the story, instead of merely following directions on a meticulously constructed map. Then again, falling headlong into a life of crime and absurdity is how Guy Ritchie became a household name. Why ruin a good thing?