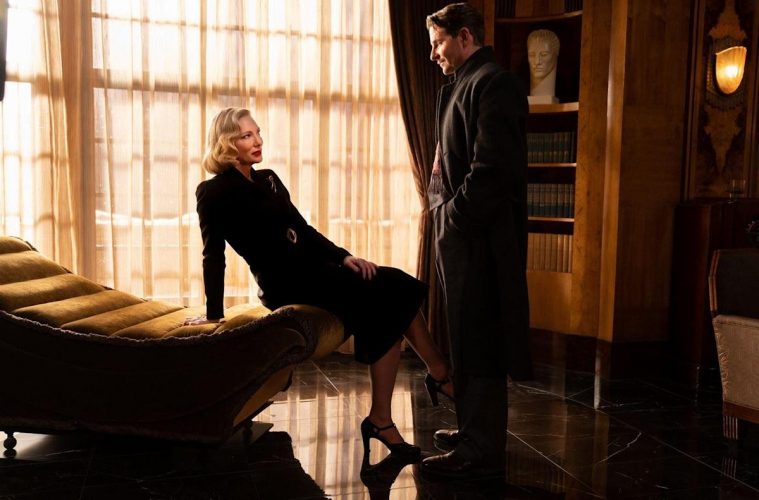 Del Toro’s Nightmare Alley is a Carnival of Noir

Guillermo Del Toro’s Nightmare Alley is his darkest and most complex film yet, discarding his obsession with monsters and ghouls to explore the ones we keep locked inside. With the Mexican-born director’s signature flair for massive set pieces and lush cinematography, you might expect it to be another flashy homage to film noir, but that would be selling this dark jewel of a film short. Adapted from the William Lindsay Gresham novel (also a 1947 film with Tyrone Power), Del Toro creates a post-Depression America populated with grifters, charlatans and anguished souls.

From the opening frame, it’s clear he and co-writer Kim Morgan have an inherent, almost scholarly knowledge of noir and its sumptuous scenescapes. With Dan Laustsen’s sprawling cinematography and Tamara Deverell’s meticulous production design, the film has a wondrous, neo-noir atmosphere. Rusty ferris wheels set against Midwestern skies and murky carnival tents decorated with bizarre specimens floating in bottles– it’s a gritty and dreamlike universe. Of course, it doesn’t hurt to have a cast of A-listers who disappear into the material.

Bradley Cooper delivers a blistering performance as Stanton Carlisle, a desperate loner hiding from his past, and he’s never been better. 以高超的骗术操控众人满足内心中的欲望，但当欲望愈来愈无法满足后，他伙同上比他还危险的蛇蝎美人精神病医生（凯特布兰琪 饰），却进而引发后续接二连三的意外…

Even if you know what’s coming, Del Toro always ratchets up the tension. At times, his style borders on Giallo (Italian horror from the 70’s). Much like those films, Alley combines extreme beauty and violence in the same scene. Blanchett also shines here. With a rasping cackle and a calculating grin, she was made to inhabit evil. The great Richard Jenkins also injects the story with some unpredictability and menace.

If you’re looking for a lightning-paced narrative with action sequences, you came to the wrong carnival. Still, though the running time hits the two and a half hour mark, the movie flies, and is never boring. The fact is, Del Toro would rather have you marinate in the atmosphere than feel rushed or manipulated. He and noir are a perfect match. Fascinated with the ambiguity of human nature, the director keeps a distance from his protagonist, only allowing us to stand in his shadows. The movie never explains Stan’s motives or examines his persona; we simply follow him down the rabbit hole. That’s because Nightmare Alley isn’t about Stan himself, it’s about the world he inhabits. This world Del Toro so brilliantly creates has rules, and if you break them or ignore the signs, they’ll devour you.

Although comparisons to the original movie are inevitable, Del Toro utilizes that film’s framework to flesh out subjects like mystification, greed, and corruption with a little more rigor and the socially conscious themes he’s known for. The Academy Award-winning director shines a light on the true nature of deceit and its consequences, reflecting the times we live in while also reminding us of what cinema was and hopefully will be again.