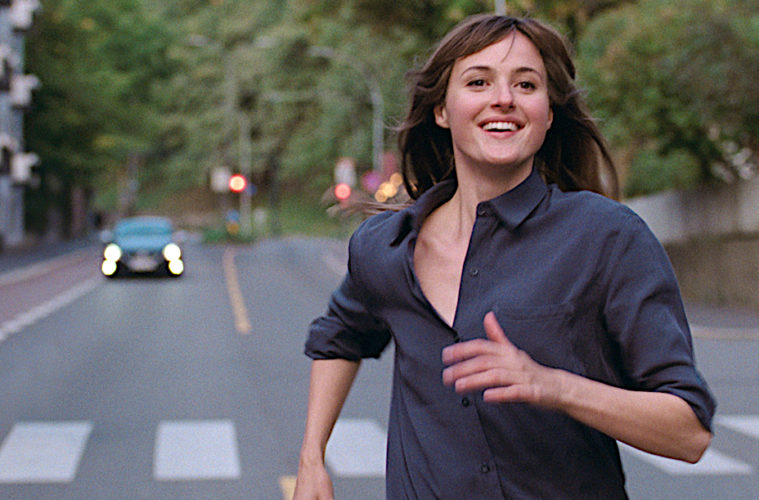 Joachim Trier’s The Worst Person in the World might be wholly concerned with Julie, an ostensibly carefree soul living in Oslo, Norway, but this disarming coming-of-age tale could be about any millennial, anywhere. Played with a natural elegance and quiet intensity by Renate Reinsve, Julie is beautiful, intelligent, and determined, but at 29 going on 30, she’s also adrift in the sea of life, dolefully treading her way into adulthood.

The title implies a melodramatic self-loathing everyone at that age has probably felt at one point or another, and the film leans into it. As Julie leaves her 20’s in the dust and attempts to take on the mantle of maturity, the world feels like an open book. But it’s missing a narrative and it’s stuck in a muddled place where personal decisions sometimes clash with social norms.

Trier’s third film in his loosely bound Oslo Trilogy might be structured like a romantic comedy, in which a heroine must choose between two suitors, but he only exploits the genre to subvert its archetypes. Instead of celebrating the dizzying effects of romance and how that could somehow be a savior, Trier and writing partner Eskil Vogt explore the existential chaos that comes with going into one’s 30s and how the decisions we make during these years –both trivial and colossal– mold our lives. It’s also a stark portrait of an unsettled generation struggling to mark its place in history.

Before you can roll your eyes, the filmmakers do it for you. By employing a voiceover of an unknown narrator and splitting the narrative into twelve chapters, Trier approaches his subject with a deceptively satirical tone. As the movie opens, we’re quickly dropped into the deep end of Julie’s restlessness. After abandoning medical school for psychology, she lands on pursuing a career in photography after being inspired by some pictures on her friend’s iPhone. Her indecisiveness is not born out of egoism or a need for validation as much as a hunger to find refuge.

We also watch her go from breaking up with a boyfriend to engaging in a few flings (and hairstyles), before meeting 44-year-old graphic novelist and grumpy Gen-X’er, Aksel (Anders Danielsen Lie). On their first night together, Aksel withdraws, saying that she’s simply too young for him. Confronted with the opposite of what she’s used to, Julie naturally falls in love with him. Uneasiness and a fear of boredom drive her just as much as her need for safety.

She moves in with her new beau, gets a job at a bookstore and even writes an incendiary piece for an online publication, but an emptiness still lingers inside her. Trier’s approach to domesticity is frighteningly gritty. On the surface, Julie and Aksel have a solid relationship. Although they’ve reached an impasse on having children, they experience Oslo’s nightlife, hang out with friends, and deeply care for each other. But that doesn’t stop Julie’s wariness of the sometimes predictable nature of relationships. Her need to escape becomes apparent when she crashes a party and meets Eivind (Herbert Nordrum), an awkward but sweet suitor, who ultimately throws a wrench into her journey.

There aren’t any easy answers in Trier’s universe. As an amazingly meticulous filmmaker who cares more for human nuance than conventionality, he’s just as interested in the initial highs of a romance as he is in their repercussions and the realities of compromise. In a memorable scene, Julie simply stares at Aksel’s back as he mechanically does the dishes. He’s completely comfortable; she is not. Her expression is one of pure terror. Is this the kind of life she wants to lead? Does she want to back down in the face of adversity so she can simply be someone’s girlfriend?

This movie defies categorization. Its tonal shifts are intense, but you hardly notice them due to the fluidity of the storytelling. The narrative veers from comedic romcom, to erotically charged drama, to a meditative conclusion where everyone is forced to confront their own mortality. Some people might have issues with the devastating third act, and perhaps find it to be a bit manipulative, but in the hands of Trier it simply feels like the natural progression of life. He also seems to be making a statement. By shifting the moods of the film and not fulfilling an audience’s expectations, he’s commenting on the inherent emptiness of escapism, cinematic or otherwise. For millennials, a generation that has been accused of perfecting the art of distraction, Trier is portraying a world where life will always invade our carefully curated spaces.

The best part of The Worst Person in the World, of which there are many, is how Julie’s experiences begin to take shape. At times, the movie feels a little messy and tossed together, but by the end, we can see this was deliberate on the filmmaker’s part. It’s a refreshing look at the complexities of life and one of the best films of 2021 (released in Europe last year, it’s currently being considered for a best foreign film Oscar).

This is a romantic comedy for those who have a darker and more realistic perspective on life. But it’s not all gloom and doom. By showing us how hard-learned lessons and bitter pills can give us strength, the film offers some real affirmations about personal journeys. Who knew that a burgeoning romance with oneself can be just as heartbreaking, devastating and fulfilling as those we share with others?

The Worst Person in the World is in LA theaters now. Opens nationwide on Friday, Feb. 11.