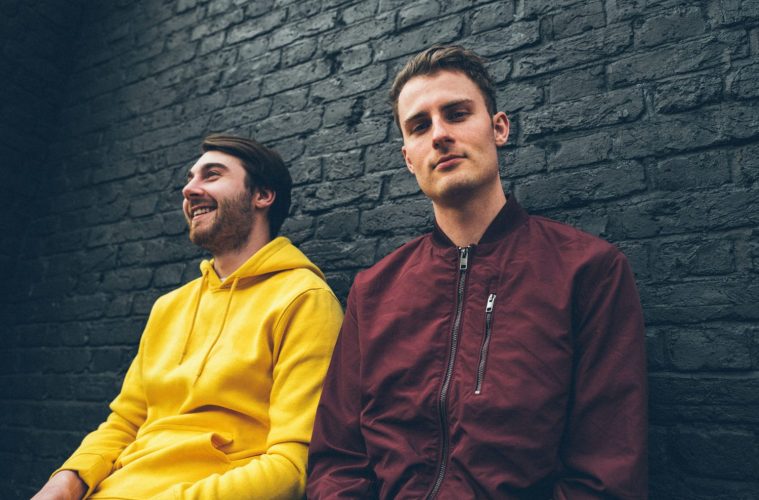 Punctual Take the Next “Step”

Will Lansley and John Morgan are the two halves of UK DJ/producer duo Punctual and they’re preparing to drop new single “The Step” with Danish singer/songwriter Nabiha, the follow-up to the “I Don’t Know” single which roped in 20 million global streams. These are heady days for the Brits, but let’s rewind a little.

The Punctual guys started performing in Bristol, in the southwest of England, but are now based in London.

“Both cities have such a great reputation and history when it comes to electronic music, so it’s been a privilege to have fully experienced both,” they say. “Comparing them is a difficult question though. It’s been a while since we lived in Bristol, so can’t comment too much on what’s happening there currently, although certainly the nightlife there has an energy to it that is hard to come by. It had a massive influence on the music we make now as the house music scene there was amazing when we were there. There were a bunch of really great small clubs like Timbuktu and Blue Mountain that threw these amazing house music parties. The intimacy of the venues creates such a great atmosphere that lends itself to house music and techno really well and really inspired us at the time.”

“London is obviously much bigger and undoubtedly has some of the best clubs in the world and it really feels like the hub of the UK when it comes to dance music, so we’re really glad we’re here right now,” they add. “Although we do miss the proximity of all the clubs that you get in Bristol. Not to mention the close knit community you get in a smaller city.”

They describe their sound as melodic dance music, though push that they don’t like to pigeonhole themselves.

“We like to create whatever we are feeling like day to day but yeah… if it feels good we do it,” they say. “As you can hear from our last few tracks, we do also have a bit of a crush on 90s/00s RnB (hence our last few tracks), this has always seemed to creep in one way or another! Although we have been making music together casually since we were about 17 or something, ever since we started doing music full time we have certainly learnt a lot. Things like song arrangement, mixing, sound design, vocal production… Even trying to keep a balance between making music and living your life have all been steady progresses over the last number of years.”

They’ve refined that sound over the years, and that’s clear when listening to “The Step.”

“It started off as a little flip we did of the Missy Elliott classic ‘I’m Really Hot’ that we wanted to make for our DJ sets,” they say. “We sat on the tune for a while and it was one that we just kept coming back to. Once Nabiha got involved, she worked her magic and really took the track to the next level for us. She really made it into something that we couldn’t not put out and we’re so pleased with the response so far, it’s been amazing.”

Looking ahead to 2021, the Punctual plans are all about more music.

“New singles, new remixes – all on their way,” they say. “We’re also continuing to write and produce for other people as well, which is something we’ve always loved to do alongside Punctual. Other than that, we’re continuing our Right On Time radio mix series that we do monthly. Fingers crossed that we’ll be able to play a real life gig at some point this year too. Although for now, it’s just great to be in the studio making music every day.”

Punctual’s “The Step” is out now.