Of Loss and Land: Robin Wright’s Directorial Debut is Not a Love Story – 洛杉矶周报 – 亚洲版 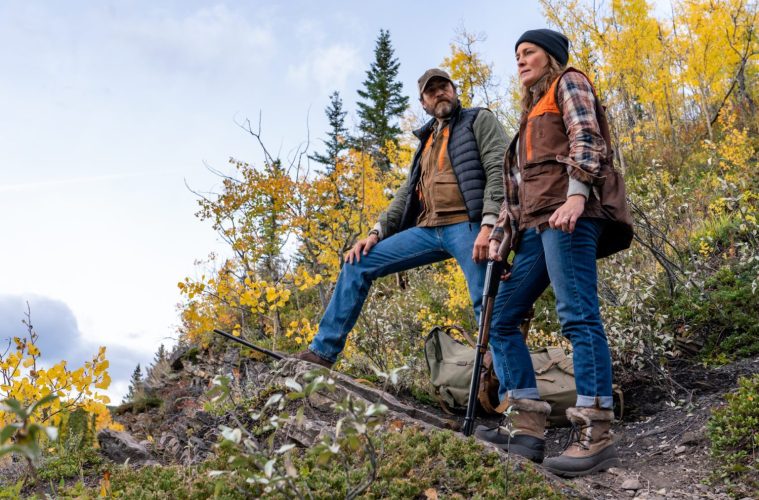 Of Loss and Land: Robin Wright’s Directorial Debut is Not a Love Story

Edee tosses her phone into the trash and leaves Chicago for Wyoming, despite the pleas of her sister (Kim Dickens) who worries that she’s on a slow path to suicide. Heavy with grief over a loss that won’t be fully defined until late in the film, she buys a rundown log cabin set in an isolated Rocky Mountain spot surrounded by a magnificent, god-high green forest.

A city woman of means, Edee earns her first blisters chopping wood and nearly drowns trying to draw fresh water from the river. It’s by that river that she’ll flashback on the life she left behind, and of what’s been irretrievably lost. It’s the river, too, that will help inspire the renewal she so desperately needs.

In her feature film directorial debut, Wright gives her finest screen performance yet while establishing herself as a director with an innate sense of timing and tone. The film’s first third is beautifully concise. Unable to find solace through therapy or family, Edee heads west, buys the cabin and begins teaching herself the ways of the wild, offering a grime take on off-the grid life not seen in Nomadland. She’s brought along a thick hunting manual, but she is quickly undone by nature’s whims and her own naiveté. She soon suffers a mental collapse and for a long, painful screen moment, she is a woman completely alone in the universe, so stricken she literally cannot move.

“I had a family once,”  Wright tells Miguel, a superb Demián Bichir as a hunter who finds and saves her with the help of a nurse friend (Sarah Dawn Pledge). A mountain man who’s suffered losses of his own, Miguel begins coming round on a regular basis to teach Edee how to fish and shoot game. More importantly, Miguel brings a sense of gravity leavened by humor. Singing a silly song or simply taking pleasure in the day the central character comes to see, is not a betrayal of the dead.

Land is not a love story. Edee and Miguel do not fall into bed. Instead, they do that which men and women rarely do in movies (or in life) — they become friends. As written by screenwriters Jesse Chatham and Erin Digman, the placement of a chair on the front porch becomes a signifier for a bond of trust that will prove as healing as watching a year’s worth of gorgeous sunsets.

If the final reveal of backstories for both Edee and Miguel feels a bit rushed, it’s also true that life’s most profound moments often feel poorly staged. Wright and Bechier play the scene as if Edee and Miguel are embarrassed to be using so many words. They are not talkers, these two. Up to now, they’ve done most of their communicating on Edee’s porch, where the sound of the river filled the quiet parts between them. In the mountains, nature doesn’t worry over backstories or language. All that matters is the present and the trust you have for the human at your side.