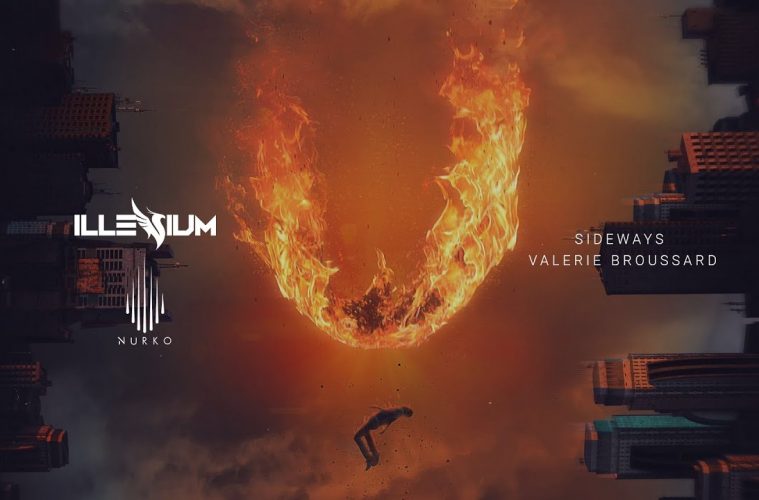 Chicago-born platinum DJ and producer Illenium released the “Sideways” single with Valerie Broussard and Nurko last month, and his Fallen Embers album will follow. It should be a good year for the man, and he’s come a long way from messing around with GarageBand in high school.

“I didn’t really start taking it seriously until around 2011 though,” he says. “I saw an epic show at Red Rocks and was just so inspired. So I started grinding trying to learn everything I could about music production.”

The artist says that his sound is a blend of everything he likes.

“I’d say my sound is Electronic but mixed with a bit of rock and other more traditional instruments,” he says. “I’ve been really loving the old pop-punk style so I’ve been incorporating that more while also going back to my roots with the old melodic dubstep/future bass vibes.”

Much like everyone else, Illenium says that the pandemic and lockdown hit the electronic music scene hard, but it’s coming out the other side in a healthy state.

“We’ve just recently started putting shows up for sale and its pretty apparent that the Electronic scene is still thriving,” he says. “Been getting so excited to finally get back out there. The pandemic hit the Electronic community really bad just like most people. Times were really hard for a lot of people in the industry. I’m feeling really hopefully that we can start to move past this and start coming together again.”

The Fallen Embers album is due out in the summer.

“With this new album I wanted to really view it as a new chapter,” he says. “I closed my last albums as a Trilogy with Ashes, Awake and Ascend.  The pandemic was a real bummer but at the same time it allowed me to just take that time off and really focus on writing music. It was a breath of fresh air to be able to work on music whenever I wanted instead of having to find time to work on it in between touring. I really just tried to focus on making stuff that I really enjoyed and I hope everyone ends up enjoying it just as much as I do.”

Looking ahead, Illenium says that he has lots of shows planned for 2021. “I’ve been working on a bunch of new sets and show ideas,” he says. “Like I said this is a new chapter so the shows should be unlike anything we’ve done before.”

Illenium Looks Sideways: The “Sideways” single is out now, and the Fallen Embers album is due out in the summer.