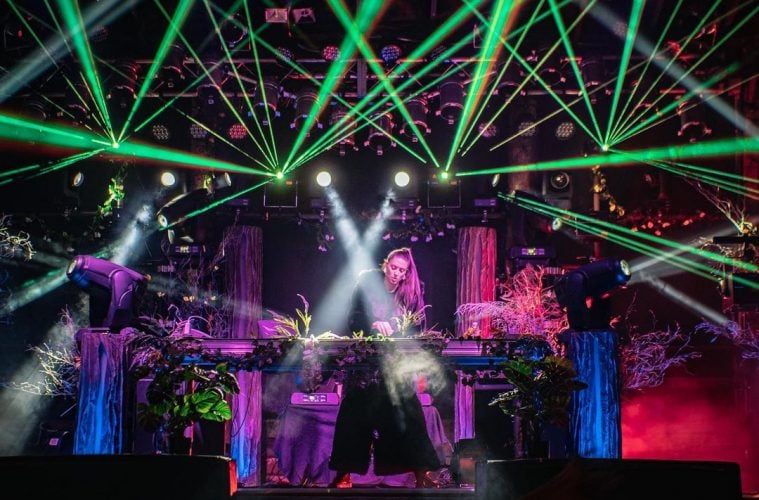 CloZee Enters the Neon Jungle: Between the ages of 11 and 16, French artist CloZee was throwing herself into the guitar, buying gear with her babysitting money. But then things changed.

“At the time, I was really into electronic music, inspired by The Glitch Mob, Pretty Lights, Eskmo, and Bonobo, so I naturally started to add some electronic elements to my guitar compositions,” she says. “It got serious around 2015 I think, when I started touring internationally (after my first American tour) and with the release of my song ‘Koto,’ which did millions of plays thanks to an upload on Mr Suicide Sheep’s channel on YouTube. That’s when I realized I could make a living out of my music.”

Describing her sound as “positive, motivating bass music with influences from nature and global music,” CloZee has been based in Denver since last year.

“In France, the electronic music scene is big but different than in America, especially for the underground scene,” she says. “Techno, Drum&Bass and Trance are the primary genres represented in parties.”

Her new album is Neon Jungle, which she describes as a safe, imaginary place.

“I just hope that the album is the soundtrack of many people’s adventures and memories, especially during this time full of uncertainties and changes in our planet,” she says. “For me, it represented a new chapter of my life: the hard decision to move to the US and starting over in a new country, exploring the unknown, while preparing to present the album with a new live show all across the US and Europe… until the world decided that it was time to slow down. Releasing that album in the middle of quarantine helped me to settle down and be able to see how it is received by the fans, take the time to read what people have to say about it, how they felt about each song. I’m very happy about how it turned out!”

“I’m currently working on a new EP,” she says. “I also got some socially distanced shows booked for spring and a few festivals this summer. In 2020 I was supposed to go on tour with my album Neon Jungle, but it got obviously postponed. The music industry and venues have been suffering for more than a year now, so we really hope this vaccine will allow us to tour again before the end of the year.”