Surfing New Docuseries: Reviews of This is Pop, Behind the Attraction and 100 Foot Wave – 洛杉矶周报 – 亚洲版 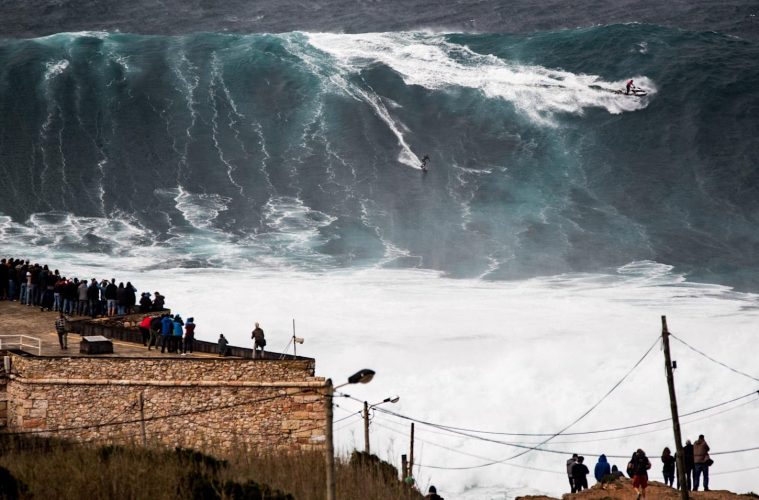 Surfing New Docuseries: Reviews of This is Pop, Behind the Attraction and 100 Foot Wave

Turning away from the daring dramas and dark comedies that litter streaming services at every turn these days, docuseries give audiences the chance to take in-depth looks into specific subjects that only experts dare tread. But will these probes appeal to everybody? Here we take a look at the latest episodic docs, filled with whopping waves, music history, and imagineer-y amusements.

Behind The Attraction (Disney+)

Disney fanatics are a special breed of fandom. Not happy with just watching movies and collecting knick-knacks, these Mouse House aficionados want to immerse themselves in their obsessions. And there’s no better way to do it than at Disney theme parks, which boast a rich history and a heaping helping of nostalgia.

Disney+’s Behind The Attraction docuseries capitalizes on the “need to know” mentality of those whose thoughts and lives are dominated by Disney. A historical romp through Disney’s greatest theme park attractions, it’s filled with fun facts that Disneyphiles desire. But sadly, that doesn’t make it good.

On the surface, the show is everything that any Disney fan would want: a peek behind the curtain of attractions like The Haunted Mansion and Pirates of the Caribbean,  and everything that makes the “Happiest Place on Earth” the happiest place on Earth. But after settling down into the series, the warm thoughts begin to fade as the misguided efforts of the production protrude.

The narration of the series flounders from pandering to problematic. The attempt to make the show more personable creates an annoying presence that distracts from the subject and mixed with disjointed editing, creates an irksome tone that’s difficult to ignore. It brings down the quality of the production while belittling the significance of the history.

Behind The Attraction was made with the best of the intentions, filled with material any Disney devotee would sell their ears for. But the tedious voice-over talks down to its audience and the sloppy edits create confusion. It’s best not to binge, and take in small doses, enduring the tone to savor the info. Or better yet, just read a book about Walt’s world, instead.

For decades, professional surfer and big wave enthusiast Garrett McNamara has been hunting giant waves that push the boundaries of the sport. His ferocious need for bigger and better rides dictates his life, and eventually takes him to Nazare, a small sleepy town in Portugal with the largest, most foreboding waves any surfer ever dared to conquer.

HBO Max’s series 100 Foot Wave is both an appreciation for the sport of extreme surfing and the story of a man bewitched by these sirens of the sea. In terms of obsession, McNamara is a modern day Ahab with dedication and drive enough to study his prey before he paddles out.

For people familiar with the sport, the series is a wild ride. But for those watching from the shore (or from home) without much knowledge of surfing, the sea of information is easy to drown in. The beauty might be worth it, though. The series follows those who are obsessed by these big waves, surfers who follow Icarus’ example, each day flying a little closer to the sun. With every success there is acclaim by the community and records to be shattered, but if a mistake is made, everything can be lost. The stakes are high, and it is both maddening and captivating to watch.

The cinematography which is absolutely key to convey the true peril of McNamara’s attempts– is great too. It shows not just the sheer size of the behemoth water monsters these mortals are attempting to ride, but the rocky terrain which can easily result in instant death for the inexperienced.

100 Foot Wave is not just about extreme sportsmanship, infatuated surfers, or the waves they love to ride. It’s a message about the dangers and thrills of life itself, which like a wave, can overpower and engulf a person if they are not careful. As McNamara himself said:  “If you can live life like you are riding the 100 foot wave all day, every day…you are gonna have really amazing days.”

HBO Max just announced it’s renewed 100 Foot Wave and will feature a new slate of surfers along with McNamaras in Nazaré in the second season.