Do Loki, Sweet Tooth and The Bad Batch Live Up to the Fandom and Fantasy? – 洛杉矶周报 – 亚洲版 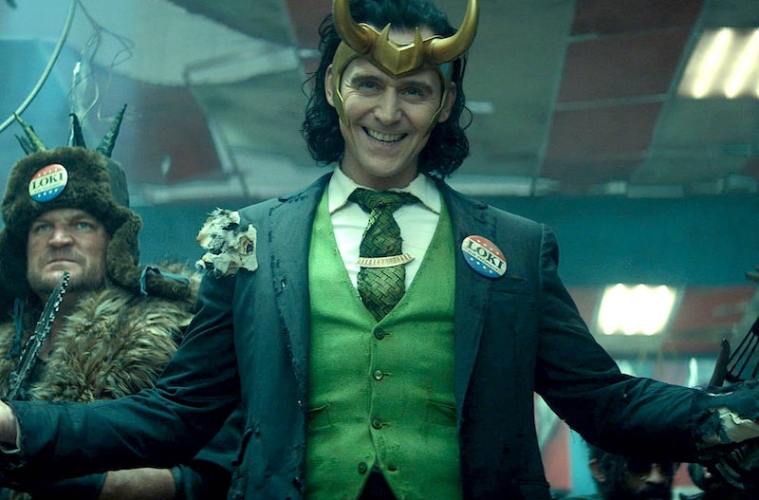 Do Loki, Sweet Tooth and The Bad Batch Live Up to the Fandom and Fantasy?

In lieu of a Comic-Con this year, fans of sci-fi sagas, fantastic fables, Marvel Comics, and universes far, far away only have to turn to their televisions to get their fix. This month, UnBinged takes a look at a modern-day fantasy from Netflix, and a new series from the MCU.

Adapted by Jim Mickle (We Are What We Are) and Beth Schwartz (Arrow) from the popular DC Comic, and exec produced by Susan and Robert Downey Jr., Netflix’s Sweet Tooth is a bittersweet tale about a human-animal hybrid boy born to a world on the brink of extinction. But the series is much more than an apocalyptic tale (of which there are many these days). It’s a story filled with heart and soul that carries with it an important message.

It’s centered on Gus (Christian Convery) – nicknamed Sweet Tooth due to his love of refined sugar – a young deer-boy raised in isolation by “Pubba” (Will Forte) while a deadly virus ravages the globe. As humanity fights to survive, it is discovered that half animal-half human hybrid babies born at this time seem impervious to the pandemic. They are looked upon with scorn and as populations are divided and sects are formed, these new children are hunted and experimented upon in hopes of finding a cure.

Fans of the comic will notice that the series doesn’t follow the source material. Story arcs, character backstories and motivations, as well as many of the darker elements of the tale have been changed or completely eradicated. But the essence of the story is still intact thanks in no small part to Convery, who bears the weight of the show with as much grace as the antlers on his noggin. His character’s innocence and earnestness is mesmerizing as he gently guides viewers through the horrors of his journey.

Furthermore, the beauty of the CGI landscapes, the gentle narration provided by James Brolin, and the warm tones used throughout each episode enhance the fairy tale aspects, creating a family-friendly tale that can still be dark at times, but not soul destroying or scarring for the kiddos (we’re looking at you, Watership Down).

It is the right time and place for Sweet Tooth. The discarded darker elements of the source material give the saga a softer edge, creating something more palpable for viewers to understand. The end result is an elegant and touching hero’s journey with a clear message: that which should have brought us together tore us apart…but it doesn’t have to. We can do better.

“What makes Loki tick?”  It’s a valid question for fans of the Marvel Universe, and it turns out, the answer makes for a great TV show.  Disney+’s Loki picks up from when we last saw  the character in Avengers: Endgame, as his 2012 timeline counterpart picks up the Tesseract after the Battle of New York and moseys away. But this act of defiance did more than just keep the Trickster God (mischievously played by Tom Hiddleston) alive and well in the MCU. It nabbed the attention of the Time Variance Authority, a force so great that Infinity Stones are nothing more than pretty paperweights that tend to clutter their desks. They are a cosmic administration charged with protecting “the Sacred Timeline,” the single timetable the entire Multiverse must follow. And to do this, the TVA must keep “Variants” in check, such as our dear Loki.

Left in the hands of TVA Agent Mobius (Owen Wilson), Loki is given a new part to play. Taking a page from the 48 Hour playbook by using a criminal to catch a criminal, Loki must use his experience as a devious scamp to track other Variants, thus reshaping his role in the MCU.

Once again, Marvel is leaning on a Disney+ show to do the heavy lifting for future film endeavors. Loki allows Hiddleston to fully explore the character, who is reset here to his early 2010s bad boy version, giving him the chance to flex his acting chops in a role he was clearly born to play. In addition to Hiddleston’s screen savvy, Wilson’s gentle ribbing and calm temperament works beautifully against the titular lead’s god complex.

In addition to its actor chemistry, Loki also excels in world building, exploring the layers of the TVA in all of its red taped bureaucratic bullshit glory. As Loki himself states, “No one bad is ever truly bad, and no one good is ever truly good.” This is the character in a nutshell. He’s as complex as he is entertaining. The jury is out on Thor’s adopted brother, but one thing is for sure–  the show about him is so far, very, very good. (New episodes of Loki air Wednesdays on Disney+ until the finale on July 14).