Reviews of January Films Including Locked Down, Tiger, Pieces of a Woman, The Marksman and More – 洛杉矶周报 – 亚洲版 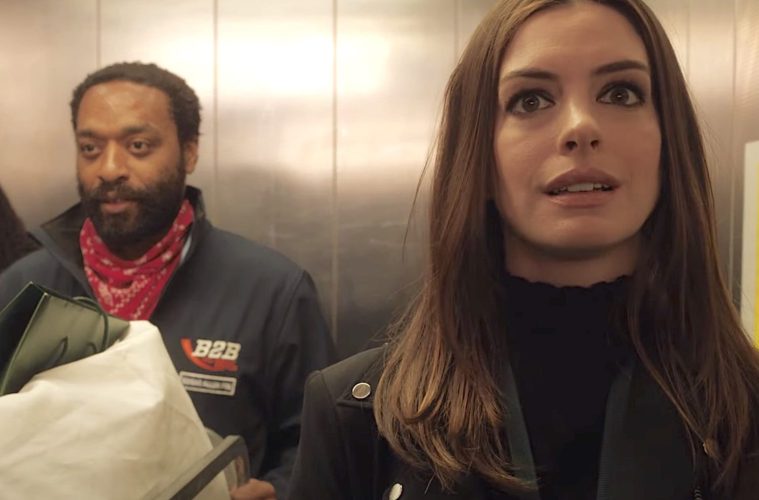 Reviews of January Films Including Locked Down, Tiger, Pieces of a Woman, The Marksman and More

L.A. Weekly Critics1月 27, 2021
L.A. theaters remain closed, but there’s no shortage of diverse and engaging films to see at home. And as always, our film critics let you know what’s worth the watchtime and what’s not — from indie art house gems to popcorn-perfect blockbusters to new movies garnering buzz– indicating where you can catch them whether it be digital Video on Demand (VOD) or streaming subscription services. Here are some of the biggest titles from this month so far as reviewed by Asher Luberto and Lina Lecaro.

Now that we’ve all been sheltering at home for the better part of a year, an internal screen time conflict has begun to emerge: do we want escapism that completely ignores the realities of the pandemic or do we want reflective entertainment that seeks to relate to what we’re all going through? Even commercials can’t win- masked promos for random products can feel like pandering, yet those that don’t show them (or distancing) can feel tone deaf.  As far as drama goes, it depends on the writing and the performances.

Locked Down is solid on both fronts, but that doesn’t mean it’s great. Anne Hathaway and Chiwetel Ejiofor play Linda and Paxton, a couple living in London who’d have gone their separate ways if not for the shelter at home orders there, and both are extremely unhappy for reasons that go beyond their decaying relationship. Their misery isn’t exactly enjoyable to watch, especially if you’re feeling stuck these days, but Linda’s biting Zoom meeting moments for work (which include a cameo by Ben Stiller) are a fun exception, as are Paxton’s in-the-street poetry sessions. When the narrative takes a turn into jewel heist territory, things get more interesting, but even then, this pandemic era yarn doesn’t ring true or as intriguing as it should. Pivotal scenes inside Harrods department store are kind of exciting, but with few wearing masks or even really acknowledging the virus that sets up the basis of the story beyond clearing out the place, the whole exercise feels kind of pointless. If you want to see Hathaway in a heist flick watch Ocean’s 8 instead. (Lina Lecaro)

Tiger Woods wasn’t just a boundary-breaking Black golf superstar, he was one of the very best, period. And if you know anything about him, you know that it was his father who set him on the path to greatness. Directors Matthew Heineman and Matthew Hamachek’s two-part documentary film Tiger also suggests that his father’s single-minded, even controlling focus on his son’s career might have led to his eventual downfall as well. Earl Woods died before Tiger’s public unraveling after tabloid revelations came out about his frequent infidelity, sex addiction and later, prescription pill addiction. But the shame Tiger felt about his actions going public is palpable. The viewer will feel it as intensely as they do the (tough) love from dad as shown in archival footage dating back to when the younger Woods was a toddler.

The doc seeks to psychologically profile Tiger and ask why a guy who had it all -respect, riches, a beautiful wife and kids- would jeopardize it as he did, and the answers are not clear cut.  Woods himself did not do an interview for the film (with so many mistakes highlighted in it, why would he?) so the filmmakers rely on past interviews to tell his side of the scandals and triumphs. There’s plenty of both. Mostly this is a talking head affair though, and the recollections shared -including the longtime caddy he unceremoniously dumped and his lippy former mistress- paint an honest picture of an unbelievably talented, superhero-like sports legend who was anything but perfect off the greens. (Lina Lecaro)

Pieces of a Woman / Netflix

Pieces of a Woman, which premiered at Toronto Film Festival in September, is the third narrative feature by Hungarian director Kornel Mundruczo. It has a fascinating extra-textual layer of verite in its story of a young woman recovering from a miscarriage, an incident that has left her body and soul irreparably scarred. Mundruczo lost a child a few years back, so it’s no coincidence that the opener feels so intensely personal.

Pregnant Martha (Vanessa Kirby) goes into labor at her Boston home, where she plans to give birth, and her husband Sean (Shia LaBeouf) calls the midwife for backup. She arrives fast, but something’s off. The worker is lost and frazzled –she isn’t even in the room?– while Martha sighs, moans, groans, trills, and howls, delirious and dangerously close to passing out. An ambulance is called, but the baby is born before help arrives. It dies moments later.

The 25 minute sequence is almost too much to bear, but it places you instantly in the mind of Martha, a protagonist whose life withers away slowly, like an apple that’s been left on the counter for too long. The house plants die, the dishes in the sink mold, a happy relationship rots and decays, transformed by what’s been lost.

The film is an unflinching exploration of birth, death and rebirth in the wake of a life changing event, as Martha tries to put the pieces back together, one by one, to recreate who she was before the accident and discover who she is after. Mundruczo, having struggled with these issues in his own life, brings a raw vulnerability that Kirby captures with a mother’s soft and lasting touch. (Asher Luberto)

This Dickensian drama offers rare insight into the world of a young servant in Laxmangarh, India–and it’s all the rarer for casting an actor who actually grew up in a small Indian village. At 23 years old, Balram (Adarsh Gourav) lives a sheltered life at home with his grandma (Kamlesh Gill), but he wants more. He wants more money and more freedom. So when a local landlord comes to his village, he offers his services as a driver for the man’s American son (Rajkummar Rao). Even though he doesn’t know how to drive, Balram rises through the ranks, earning enough money to start his very own business.

However, Tiger is frank in its depiction of class and caste, revealing the extremes to which the poor are driven to violate the class structure of India. This isn’t the fun, awards-baiting film about rags to riches viewers might be used to. Instead, Ramin Bahrani’s film is sensitive and searing, showing a young servant who is forced to scrap and fight and kill to climb the social ladder. In scenes of great desperation, Gourav embodies the role with a simmering rage that stems from his own experience growing up poor in India, and it’s through his performance–and that experience– that The White Tiger roars to life. (Asher Luberto)