Review: The new Mulan is Missing a lot, but the Magical Moments Make up for it – 洛杉矶周报 – 亚洲版 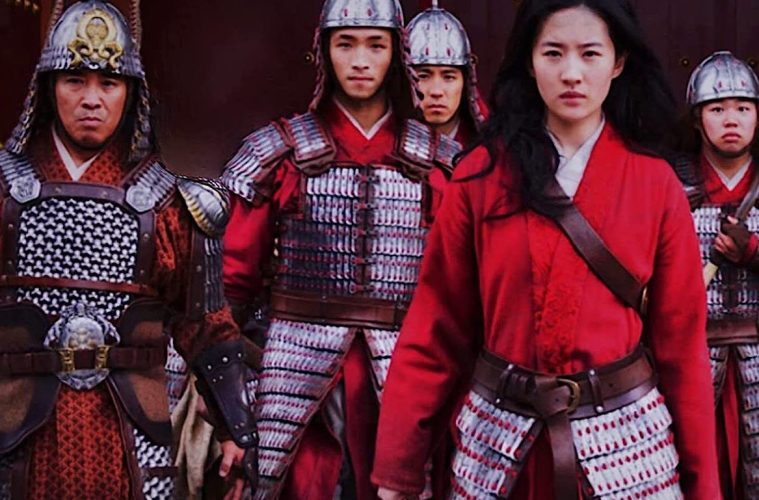 Review: The new Mulan is Missing a lot, but the Magical Moments Make up for it

The live action remake of Mulan has got a lot of buzz so far, but not the kind Disney probably hoped for. The highly-anticipated remake was slapped with a #BoycottMulan hashtag due to star Yifeh Liu’s vocal support of the Chinese government against democratic protestors, which made the film trend on Twitter last Friday. But even before this all exploded on the internet, rumblings about the marked changes from the original animated feature left many fans -and critics- skeptical if not disinterested in the latest revamp of the Walt’s vault cartoon classic.

Initially slated for theater release in March, Mulan, like so many other potential blockbusters, never got its moment on the big screen and finally came to Disney+ this weekend. Though fans and critics who read anything about it already knew not to expect musical numbers or the comedic pizzazz of Mulan’s dragon sidekick Mushu, the comparatively serious tone and battle-scene packed take here has been surprising; it’s clearly not the licensing cash grab we usually see from the company in terms of potential for doll sales and princess dress-up kits. The filmmakers and the company were really trying to do something more sophisticated here, and for the most part they pull it off. Many will be disappointed by its lack of whimsy or humor, but for adults who grew up with the original it’s actually a pretty cool and refreshing re-imagining.

Directed by Whale Rider’s Niki Caro, Mulan is stunning to look at from the very first frame. From the colorful village moments to the gilded backdrops of the emperor’s palace to the battle scenes -which bring to mind the dramatically choreographed fights seen in the Wonder Woman movie- every shot has a mood and a purpose.

That purpose is to convey Mulan’s coming of age as in the original film, but here things get more metaphysical with a narrative concerning chi- the source of power and life. It is called “qi” here and in this tale, it brings superhuman “man-like” balance and strength to our young heroine. To hammer in the feminist subtext, there’s also another strong female character whose abundance of qi is not celebrated but condemned as witchery. Li Gong’s Xianniang can shape-shift into birds and she’s a brutal fighter too, so when she helps the bad guys against Mulan and the Chinese army, you know a showdown and probably an alliance is to come. (With her tribal makeup and dark nail swag, this character might sell to the Disney villain fanbase even if Mulan herself doesn’t prove marketable).

The 1998 animated original was a vibrant musical buddy flick and also a romance, and this one is none of those things. The basic story is the same: When China comes under attack by Rouran forces from the North, Mulan disguises herself as a male and joins the Chinese army in order to spare her injured father from doing so. She ends up being a better warrior than any of the dude soldiers she joins, ultimately saving the empire pretty much single-handedly.

If you watch it with the original in mind, you’ll miss the comedic one-liners and you’ll probably miss Li Shang (Mulan’s love interest) too. He was melded into two characters for the new film because, as producer Jason Reed has said, having Mulan’s commanding officer as paramour was “not appropriate” in the #metoo era. When Mulan joins the army here, she encounters Commander Tung (Donnie Yen), who serves as her father figure/mentor and a cute squadmate named Chen Honghui (Yoson An) who connects with Mulan as a boy and becomes enamored with her as a girl. She seems only mildly interested, even once the jig is up, making for a nice and notable negation of the princess/prince savior trope.

And yet, it’s the love story that made Mulan so meaningful to so many, even beyond seeing an Asian character as the hero. Representing queer/pansexual love before many understood what it meant,  fans saw Shang’s development of feelings for Mulan’s male alter ego Ping as not only reassuring but groundbreaking, even if a gay theme was not Disney’s intention. In 2020, when the spotlight on gender equality and positive portrayals of LGBTQ+ are on the forefront of culture, Shang’s removal has been called out as a misstep or worse, straight-washing, but it really isn’t. If you ask us, Honghui seems pretty much beguiled by Mulan in boy drag from the start, suggesting sexual fluidity in a more natural way than the cartoon did.

If anything, what makes this storyline a stretch -and honestly makes most of the movie unbelievable-  is Liu herself, not the male leads. With full lips and gorgeous bone structure, the waifish actress in a bun is not buyable as a boy even for one minute, so by the time we get her big reveal, it falls super flat. The vivacity the movie tries to conjure from there almost doesn’t make up for it, but with a well-spent 200 million budget, the Disney magic-driven beauty of the film does.