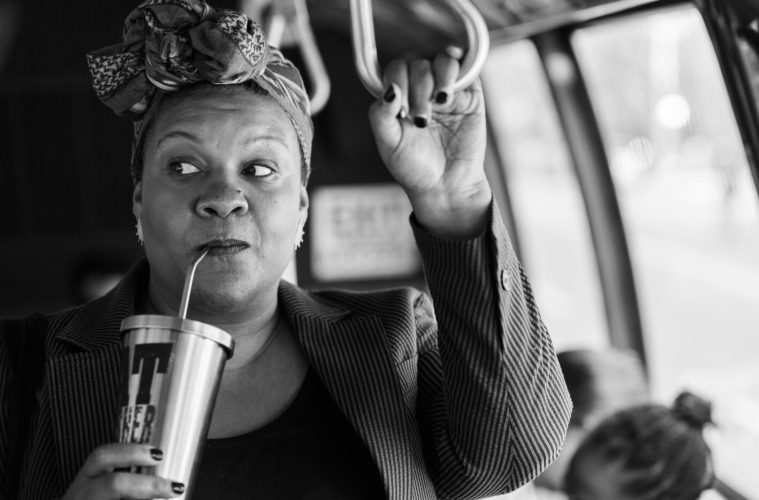 Review: The Forty-Year-Old Version Proves You’re Never Too Old to Find Your Flow

Chuck Wilson10月 21, 2020
“Potential has a shelf-life,” Margaret Atwood wrote in her novel Cat’s Eye, a brutal assessment writer-director-star Radha Blank disproves with élan in her wonderful first film, The Forty-Year-Old Version. Drawing on her own life, Blank, who is African American, plays Radha, a once heralded playwright whose career is at a stand-still. Nearing 40 and close to broke, she’s teaching writing to high-school students who aren’t very impressed by the ‘most promising playwright’ award Radha won ten long years ago. “She’s no Tyler Perry” one student declares.

Radha has the chance to see her new play produced at an influential theater but only if she agrees to the producer’s suggestion (a.k.a. demand) that she add a socially conscious white character. That’s sure to please the theater’s tony patrons, including two older white women who can be heard excitedly discussing a “multi-racial” staging of August Wilson’s Fences, “now integrated!”

If Radha had heard those women, she’d have likely made them characters in the songs she’s been secretly writing. One night, she allows herself to wonder: Can a 40-year-old woman become a hip-hop star? To find out, she visits D (Oswin Benjamin), a Brooklyn beat maker who hears in Radha’s life-specific rhymes a gift for “storytelling” missing from the clichéd language of the young rappers who stand before his mixing board each day.

When D takes her to an underground rap club in the Bronx, Radha proves herself to be a natural, if only she could learn to get out of her own way. (Watch the closing credits for footage of a real-life Blank club rap.) Sharp as a tack and also completely clueless, Radha is slow to realize that D finds her attractive. When they make love, the scene is intimate and sensual but also quite funny, as such moments often are in life. A bit stunned by this turn of events, Radha can’t stop commenting on the proceedings, right down to a delightfully inspired riff on her lover’s alphabetic name.

The next morning, the two lie around talking, asking questions the other isn’t ready to answer — challenges only love can resolve. As Radha and D speak of their mothers, both gone now, Blank intercuts photos of her own late mother and soon Radha and D are sitting at the foot of the bed (filmed in Blank’s real apartment) conjuring a hip-hop song that calls out to their respective mothers. It’s a beautiful scene and a powerful reminder that musicians live within their music, 24/7, even when there’s no audience.

It’s hard not to think of Woody Allen’s Manhattan as a confused Radha walks the city while the soundtrack plays a hopeful tune, but Allen was in love with the city skyline, not its people. He was always looking up. Blank’s gaze is ground level, where the people are. Radha looks left and then right, as if trying to include everyone, as if calling on them to give her strength. Supremely entertaining, The Forty-Year-Old Version is a love song to the power of being real.