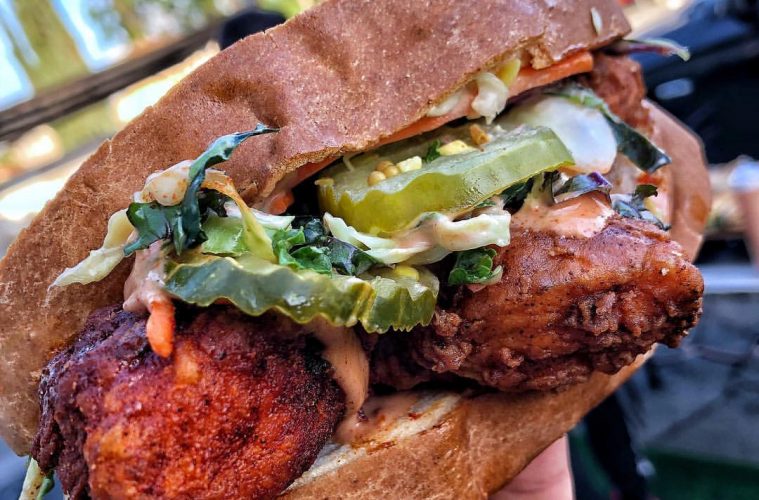 tenten2月 25, 2021
Los Angeles was a different place in 2018, and little did L.A. know then, that a group of Armenian teenagers were busy creating the next Nashville hot chicken empire, in an East Hollywood backyard. That empire is quickly growing and is known today as Bangin’ Buns. 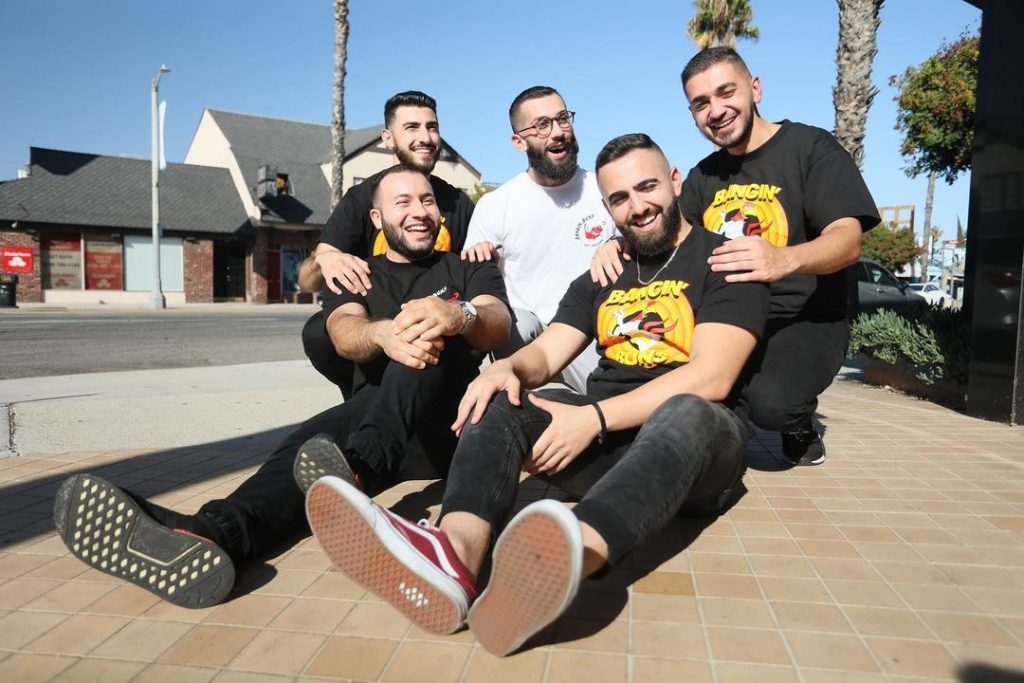 “We put our own twist on your regular chicken sandwich, usually you have it in a burger bun, but we were the first to come up with the hoagie – French roll,” Manvelyan said in an interview with L.A. Weekly.

Now, with two locations, one in North Hollywood and the newest in South L.A., Bangin’ Buns is working to establish their identity as a Nashville hot chicken juggernaut, hungry and willing to take on all contenders — large and small.

In an interview with the L.A. Weekly, Bangin’ Buns CEO and Co-founder, Nick Nshanyan explained L.A.’s famous Howlin’ Rays has become one point of inspiration behind why this group of childhood friends sought to bring better Nashville hot chicken to the peckish hot chicken fiends of Southern California.

“We went to Howlin’ Rays, and we waited in a two, three hour line, so at the time, Howlin’ Ray’s was the one selling hot chicken, so we thought, “OK, instead of waiting in a two-three hour line — why not make it ourselves?”  said Nshanyan. “From that point we realized that if we come up with a good recipe, there’s a high demand in the market — we could do our own chicken joint.””

Also taking inspiration from Prince’s Original Nashville hot chicken, the founders of Bangin’ Buns recipe features a cayenne pepper base, with garlic, paprika, and can go all the way up the spice ladder up to Carolina Reapers and along with Trinidad Scorpion Peppers. 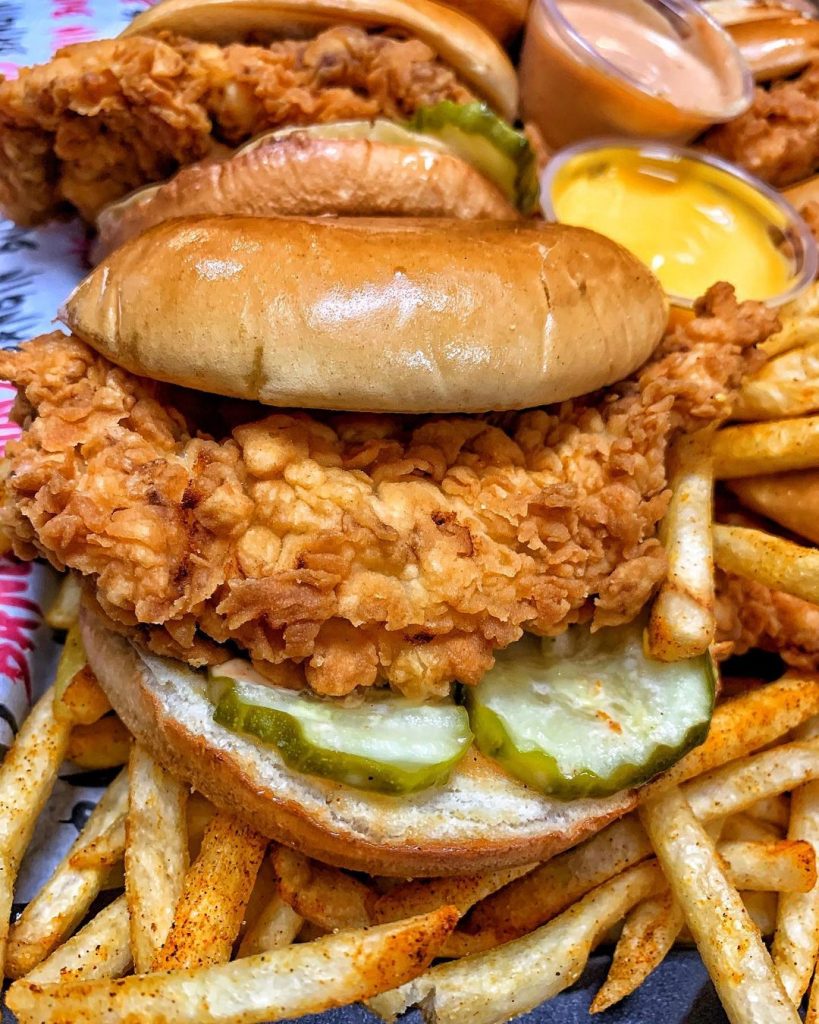 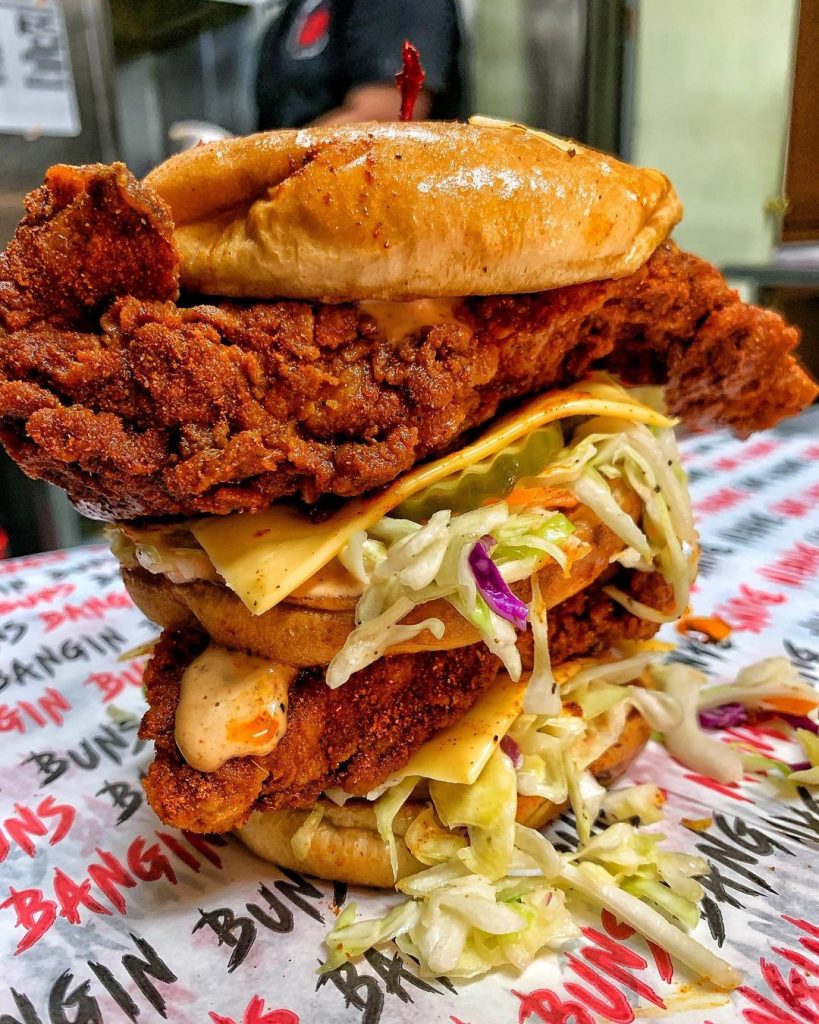 “Our recipe, the ingredients we use, is what makes our chicken Bangin chicken, chicken that you can’t get anywhere else.” Nshanyan said.

Prior to the brick and mortar, the East Hollywood-born Nashville hot chicken concept, grew like a rose in concrete — except the rose was a hot chicken business and the concrete was a parking lot on Lankershim Blvd. and Victory Blvd. in North Hollywood.

Originally founded in 2018, Nshanyan explained that the Bangin’ Buns concept was a collaborative effort between him and his group of childhood friends, who all grew up on the same street in East Hollywood.

The tight-knit group wanted to find a way to work together, and as young entrepreneurs — 18 and 19-years-old in 2018, they decided to start a Nashville hot chicken concept under the name, Bangin’ Chicken.

It was only when the group decided to incorporate the hoagie that made Bangin’ Buns the official name.

Despite warnings from friends and family, who urged doing business with friends at such a young age could lead to conflicts, the group of East Hollywood entrepreneurs were all in. Diving in without permits or permission, Bangin’ Buns began setting up in a parking lot near the neighborhood they grew up in.

In the early days, it was not uncommon for the group to face hefty fines, and unwanted attention from the Los Angeles Police Department for operating their food business illegally.

Still, by continuing to dish out their signature Nashville hot chicken, the soon-to-be Bangin’ Buns concept began to gain attention.

Despite any concern over legality, the concept began to generate long lines that merged outside of the founder’s original circle of friends and family, reaching the most in-the-know food fanatics who managed to seek out the underground trend, before the Bangin’ Buns brick and mortar concept was established. 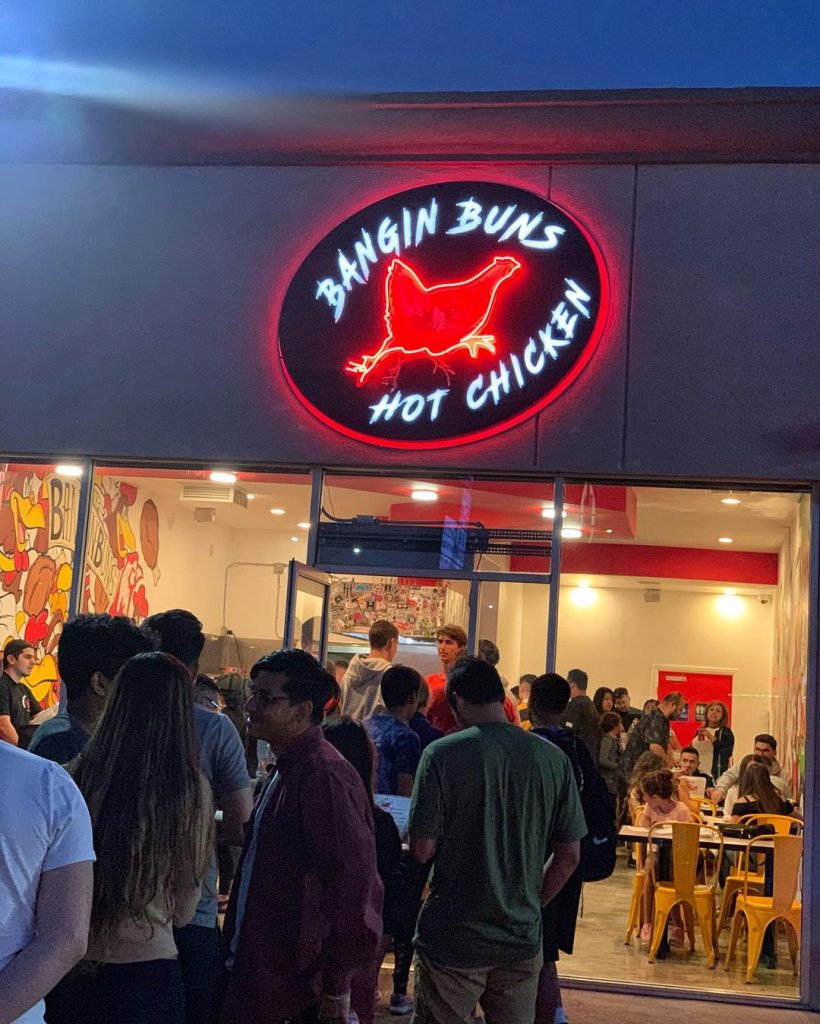 In just a few years, it seems Bangin’ Buns has proved its worth to L.A., with aspirations to take on the corporate chicken giants, like Raising Canes, and are even betting on themselves to become the local favorite, in place of landmarks like Howlin’ Rays.

“I see our competition as anyone who serves chicken, whether it be Raising Canes or Chick-Fil-A.  They’re competitors  because they do a great job at marketing and expansion,” Manvelyan explained. “Who says that we can’t beat corporate as well, and have as many locations as corporate — they inspire us to be that big.” 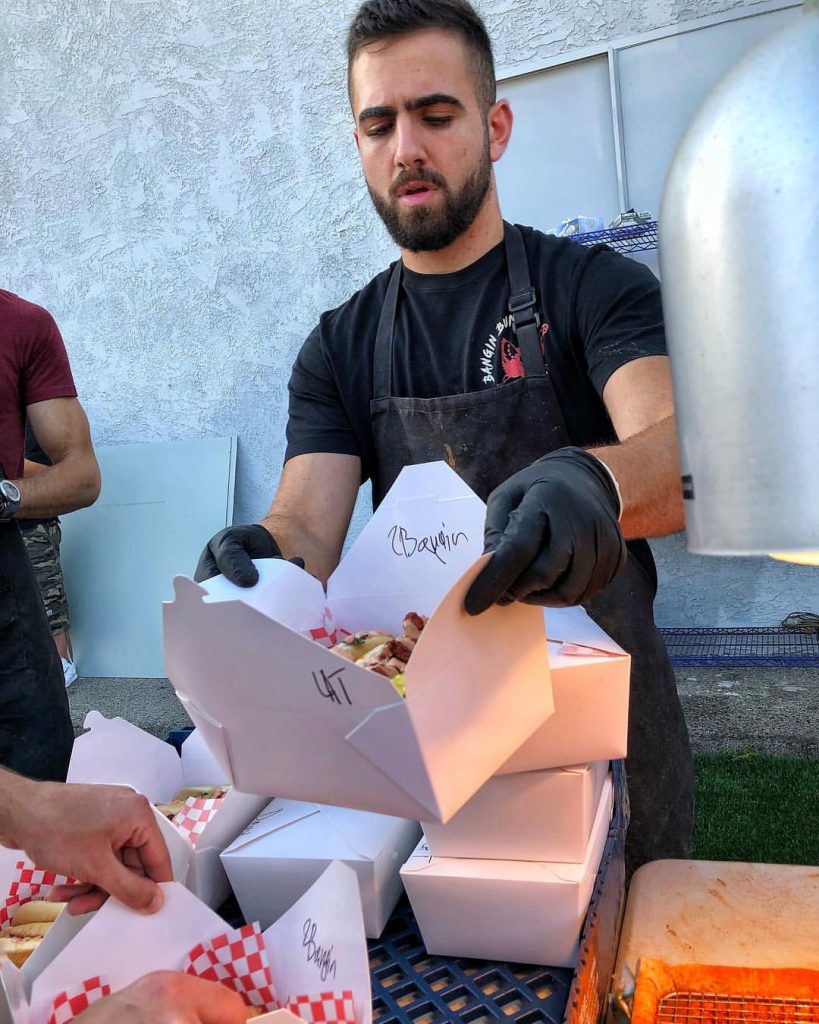 However, the challenge will be creating consistency, which will help create established roles. In doing so, Sears says this gives the team an ideal environment to institute company wide department leads, in order for the process of each position to be clear across the board — regardless of the number of locations.

While Sears admits this mimics corporate structures, he is confident this will help build the Bangin’ Buns brand identity, while creating safeguards for roles and responsibilities for future growth.

“While we only have two stores, I’m thinking it’s the best opportunity to fix that issue before we start opening up more,” Sears explained. “Because we start to fix these little issues, and stop putting band-aids over them, we’re going to create an environment where it’s like, now we don’t just have the best chicken — we also have the best customer service.”