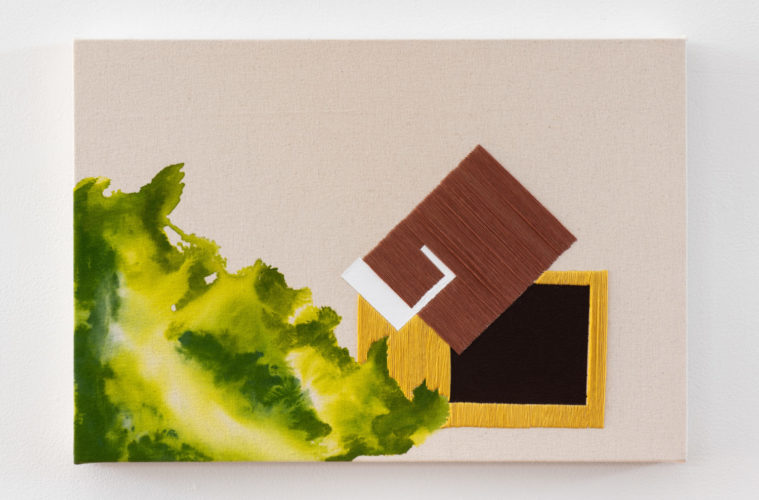 Eileen Gray (1878-1976) is kind of a cult figure, or folk heroine at least, among aficionados of a certain architecture that flourished in post-Bauhaus modernism, along the form following function continuum. It was an aesthetic that went in for clean lines, bright spaces, responsiveness to site/landscape, an affinity for industrial building materials like steel, glass and concrete, and the frequent incorporation of custom furniture and decor integral to the esprit de maison. The best though was when a particular designer would put a personal spin, infusing the manifesto with the flair of a more intimate narrative and the organic life of self-expression in not only the shape of space, but in color and materials. Eileen Gray was a master at this mode especially, and her work has endured in the end because of her undeniable gifts — but that didn’t stop some efforts to erase her from history.

In November 2021, Andrew Kersey wrote in an insightful essay on Gray’s situation, “Her most iconic work [the house known as E-1027], transformed modern architecture. Many of her furniture pieces are still in production today, and her “Dragons” armchair remains the most expensive piece of 20th-century design ever sold at auction, for $28.3 million. While her work remained an important part of modern architecture’s history, the woman behind the designs languished in relative obscurity for decades.” So what exactly was the problem? As the essay — and Kim Schoenstadt’s current ArtCenter exhibition — explain, the problem seems to have been men.

The E-1027 house has become a symbol of injustice towards Gray, whose story is itself indicative of widespread gender bias in the architecture and design ecosystem she inhabited. Gray has subsequently been reclaimed as a feminist martyr, and was able to live long enough to see some of the injustice vanquished, regaining the spotlight of public and scholarly acclaim when she was in her mid-90s. But it was way back in 1926 when Gray built her house. First, her lover and the man with whom she planned to share her life there, the architect and writer Jean Badovici, notoriously and very publicly took credit as co-architect. Her work was deliberately misrepresented in printed publications by spiteful and condescending editors, despite her accolades.

Then there was an infamous incident in 1937 when her so-called friend Le Corbusier got naked, and despite Gray’s express directive that E-1027 remain free of any decoration beyond her own, grabbed a bunch of paint and covered like eight walls with invasively splashy, sort of Dadaist, faux tribal abstract murals that flooded every sightline and destroyed the shapes of the spaces contained by the house, threw its energy askew, overwhelmed its careful palette, and basically perpetrated physical destruction on the house and psychic violence on Gray herself.

In 2019, artist Kim Schoenstadt was still mad about it. She took these violations fairly personally, and used the outrage as a point of departure for Enter Slowly, The Legacy of an Idea — an artistic exploration into the ugly stories, rumors, falsehoods and misadventures that undermined Eileen Gray’s life and career. This required extensive research and along the way it also became a very personal story for Schoenstadt, as not only her particular and longstanding artistic affinity for imagined architecture and color theory, but also her experience of living in this world as a woman and an artist, resonated at a profound level.

Back inside the gallery, more than just ideas and their acknowledgements are at stake; for the project to proceed, real objects needed rehabilitation and proper celebrating, real wrongs needed righting, and holes in history needed patching. Schoenstadt is known for large-scale site-specific wall drawings that weave architecture and sculptural shapes into reality-based fantasies. In this way, she expresses more than the contours of occupancy, excavating eccentric crannies of design thought and its practice, illuminating deep-seated cultural agendas in architecture and their societal implications, and generating inventive versions of visions with the potential to rewrite those agendas.

With Eileen Gray, Schoenstadt started with the colors. Oxblood, slate, navy, black, mustard, caramel, lime and hunter green each takes a turn at pride of place, forming the visual building blocks in an armature of wall drawings and murals per Schoenstadt’s established approach. In this gallery, these elements were directly culled from the original, acknowledging the subsequently misinterpreted motifs of Gray’s original E-1027 interior. The collected ephemera and primary source materials carefully placed along the zigs and zags of the jagged timeline mural outline the sharp-elbowed foundations of the overall installation.

A suite of stitched and painted/dyed canvas also lives against a painted mural backdrop, the colors and warm syncopations of which find their echoes in the shapes rendered in the compositions. Its idiom is abstraction, its musicality and Suprematist style color-blocking speaking to a language of empathetic derivation. Its arrangement of textile-based materiality communicates in both art historical and gender studies terms; the handmade aura of pieces created that way refers to the Bauhaus and centrality of craft in a total vision, but also to the specific care which Gray took with her designs, and to Schoenstadt’s personal relationship to it all. Painted cloud-like atmospherics introduce organic controlled chaos into juxtaposition with the hard-edge foundational geometric shapes, in an analog for what happens when ideas and life collide, or when patience and conviction are tested, or maybe just how houses exist in nature.

The furniture includes both original Gray pieces and new pieces in which elements are interpreted, in a dimensional call and response across the floor and walls. Table, chair, lamp, wall-mounted shelves and other items are presented not in a “realistic” dioramic showroom display, but rather holding their space like sculpture. If Gray pressed formal fancies into functional objects, Schoenstadt recalls the fantasies. High-gloss chrome finishes, feminine shapes and use-based considerations abound, in witty flourishes like the chair whose luxe, stretch-prone leather will need to be tightened anyway, why not with the laces of a corset? By contrast, Schoenstadt’s “versions” eschew common usefulness, the better to tease out the sublimated commentary within Gray’s practice.

In the end, the work in Enter Slowly represents a fusion of Gray’s historical motifs with Schoenstadt’s fresh ideas into a singular scenario of objects, installations and images that revive and represent Gray’s vision, dreaming what her legacy might have been if it had been allowed to proceed on its own terms.