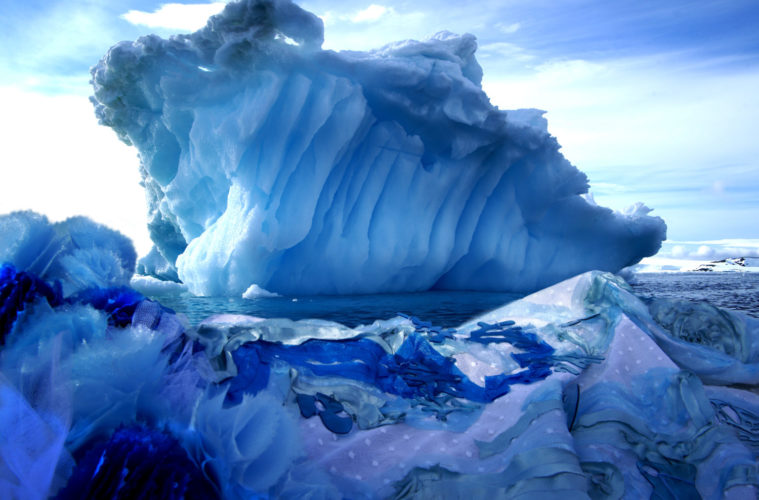 The L.A. Art Show has been in continuous operation for decades. Their January 2020 edition was one of the last big events of the Before Times, had we but known it then. They pushed the 2021 edition to July, weathering the Delta variant with a smaller footprint and elaborate safety protocols. Two years later, the little big show that could will return to its January roots — with a thoughtful covid-safety plan including proof of vaccination and mask-wearing, and a futures-focused curatorial vision engaging with the threat of climate change and the promise of the metaverse.

One of the unexpected highlights of the rogue summer 2021 edition was the excitement around digital and crypto art — NFTS and otherwise — as galleries and independent projects devised mesmerizing and photogenic screen- and sculpture-based vessels for presenting disembodied work. Visitors dug these projects with their aura of newness and the pizzazz of luminosity and movement at a larger scale evocative of contemporary painting. Clearly, there will be plenty of that again this time, as multiple exhibitors explore the commonalities and contrasts between the new media frontier and the traditional art space.

Vellum LA — who led the previous edition’s charge into the brave new world — is back, this time keying off their recently inaugurated brick-and-mortar space in West Hollywood. Elsewhere is a Negative Mirror is curated by cryptoart impresarios Jesse Damiani and Sinziana Velicescu, and features 10 artists exploring architectural motifs — and what if any rules exist for constructing place — in the new digital universes being built. Showing works by Saks Afridi, Kirk Finkel (untitled, xyz), Vince Fraser, Mari K, Petecia LeFawnhawk, Nate Mohler, Sabrina Ratté, Nicolas Sassoon, and Thato Tatai, Elsewhere is a Negative Mirror underscores the physical mutability of the future world by happening simultaneously as an in-person exhibition fair and also at Vellum LA across town, as well as in an online auction with SuperRare.

KP Projects’ Merry Karnowsky has been a destination for the vanguard of contemporary figurative painting, embracing new currents in visual culture from street, illustration, lowbrow, visionary and outsider voices for decades. Her program is known for featuring titans of narrative symbolism like painter and digital artist Johnny Rodriguez, aka KMNDZ, who in partnership with LGND, will be the gallery’s first foray into the NFT space.

KMNDZ’s Little Beasts engages the energy of hybridity in a series introducing a cohort of robots and animal characters. Manifested first as hand-drawn mixed media works, before being raptured into the NFT energy field of the blockchain, the recombinant creatures themselves speak to the quality of the transcendent that propels the metaverse forward. Honoring the artist’s Latino roots in aspects of their colorful magical auras while also updating his favorite folkloric traditions in a post-Disney, post-digital mythos, it’s only fitting the works themselves would bridge the gap between history and the future in art historical terms as well as materials.

In another part of the show, the pervasive themes of the environmental crisis also find a tech-forward expression in Arts Help’s presentation of Conscious Crypto Creator: ICEBERGS. The Conscious Crypto Creator, aka CCC, is a platform dedicated to educating those who want to move into the crypto space, offering free resources to the NFT-curious that also focus on the environmental impact of the sector. Their digitally driven site-responsive piece ICEBERGS highlights the problematic energy-intensiveness of the blockchain through an interactive, multimedia installation.

Environmental accountability is also a major theme of this year’s DIVERSEartLA programming, as curator Marisa Caichiolo considers art’s power to affect change. Across eight participating interdisciplinary projects, courtesy of venues both international (Czech Republic, Mexico (Guadalajara), Argentina, Spain, and within mere miles of the show (Skid Row, Torrance), discourses on climate change unfold at a global and hyperlocal scale, showing how climate and economic justice are inextricably linked, the effects of drought in Jalisco and unhealthy heat in Skid Row, dynamics of waste and reclamation, literal melting ice, vectors of accelerated biological evolution, and the scaffolding of society’s failed cultural and even architectural propaganda of mitigation.

One highlight of the fair that has nothing to do with either disaster or digitalia will be the first appearance by the beloved family owned and operated Los Angeles institution that is Judson Studios, makers of the world’s most gorgeous and groovy stained glass for over 100 years. Their installation of major works by contemporary artists El Mac, James Jean, Shay Bredimus, Marco Zamora, Narcissus Quagliata, Alice Wang, Anne Elizabeth Sobieski, Indre Bilires, Reed Bradley, Sean Chao and Quentin Blackman show that it is indeed possible to innovate without ever losing sight of tradition.