Mythbuster: How The Food And Drug Administration Has Failed Us – 洛杉矶周报 – 亚洲版 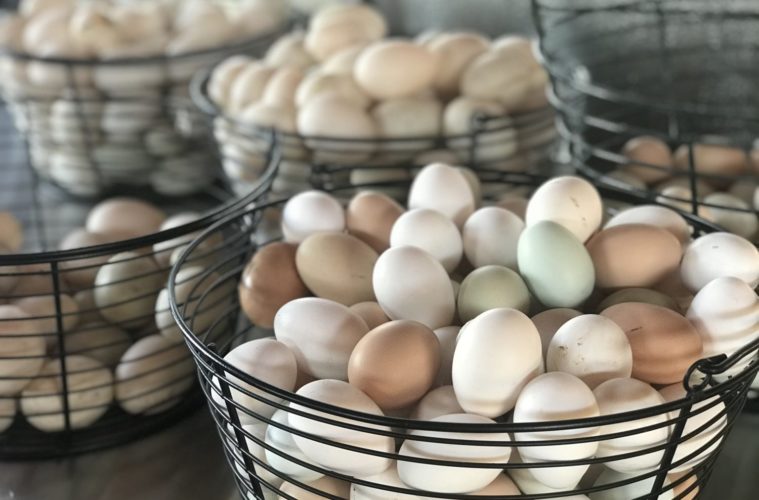 Mythbuster: How The Food And Drug Administration Has Failed Us

Richard Williams, Ph.D., served at the Food and Drug Administration from 1980 to 2007, finally serving as the Director for Social Science with the Center for Food Safety and Applied Nutrition.  After leaving the FDA, he was the Vice President for Policy Research at the Mercatus Center at George Mason University. He’s also been on the U.S. EPA Science Advisory Board, Board Chairman for the Center for Truth in Science.

In his new book, FIXING FOOD: An FDA Insider Unravels the Myths and the Solutions, Williams, a vegetarian, breaks open the FDA and tells the stories of what really happens behind closed doors. Exposing candid conversations with the food bureaucrats, the Institute for the Advancement of Food and Nutrition Sciences board member explains why one out of every six Americans gets food poisoning every year according to the Centers for Disease Control. He also discusses why two-thirds of us are overweight or obese and why, by 2030, despite FDA’s nutrition labeling, one out of every two Americans is expected to be obese.

FIXING FOOD: An FDA Insider Unravels the Myths and the Solutions

Food safety is a growing concern. Just this week, the Centers for Disease and Prevention announced that a restaurant-related salmonella outbreak has sickened a total number of 419 people in 35 states, hospitalizing 66. The source of the outbreak is unknown.

In a telephone call from his home in Virginia, Williams spoke with L.A. Weekly about the future of our food being produced in the lab, 3D food printers and why precision fermentation will save us.

What are the biggest myths of the FDA?

The FDA hasn’t made any progress in keeping food safe for decades. That’s probably one of the biggest myths. For me, the other one is the FDA isn’t helping us at all with nutrition. We’re going in the wrong direction on that.

Isn’t that why they developed the food labels and expiration dates on products?

For one thing, it’s just far too complex. Lots of our studies have shown that people don’t understand it. One survey found it was harder to figure out what to eat than to do your own taxes. I once went to our nutrition office and quietly asked around, if they used the percent daily value in their personal shopping and not one of them admitted to using the food labels.

The entire exercise of putting in the food labels has helped make obesity worse, which is absolutely terrible now. The obesity rates in children have quadrupled since 1970 which has led to a lot of diabetes as well. We’re getting an average from March 2020 of 400,000 deaths per year from covid, and a lot of that was due to poor nutrition from underlying conditions. The CDC’s website states that about 400,000 people die each year from poor diet and lack of exercise and the Center for Science and Public Interest put their figures up just for diet to 670,000 per year. It’s an enormous problem.

“Use By” labels are when the quality of the product might be declining. That’s not to say it’s unsafe. One of the biggest problems in this country is how much food we waste. We waste more than anybody else in the world – about 40 percent of all the food we produce just goes to waste. People are throwing out food when they shouldn’t. One of the new packaging technologies contains nano materials that monitor the food and will tell you if the food is bad and to throw it out.

So what’s the solution?

The solution I believe from my research is that it really doesn’t lie in looking to the FDA to do the same things they’ve been doing since 1906. It relies on new products that are coming out on the market quickly – unless, of course, the FDA slows them down. New proteins like the Impossible burger and Beyond Meat, which have lots of nutritional benefits, are safer. I’m a big fan of genetic engineering, nanosensors and packaging that actually tells you when your food is spoiling. I think it’s great that we might have more robots in manufacturing at restaurants because they don’t have diseases like humans do and 3-D food printers in the home to help with food safety. And the number one thing for obesity and nutrition is going to be the devices that literally look at you and your unique characteristics say alright, from that we can determine what you as an individual need to eat. I can’t wait until we get a good 3D printer so I can print my own food at home, which will control the diversity and the number of nutrients, vitamins and calories per meal.

Fermentation is something that’s been going on for thousands of years, and precision fermentation has been around for about 30 years. We make all our insulin using precision fermentation, which is where we take microbes and grow them in vats to make whatever proteins we’re trying to make, which is how we make the Impossible burger and Beyond Meat products. If you compare the list of ingredients to a regular hamburger, the amount of chemicals is about the same. It’s new sounding and that gives some people pause.

With Beyond Meat, you start with some sort of a microbe or a bacteria – it can be a yeast or a funghi – and these become little factories. We feed them sort of a broth if you will, and they grow in that broth and ultimately they make whatever we’re trying to make. Right now you can make meat, you can make poultry, seafood and ultimately you’ll be able to make any kind of food that you want.

Is the future of our food in the lab?

It can be scary stuff and I get it, people don’t want to eat technology. But with problems coming out like the water issues in the west, people are expressing interest in giving alternatives a try.

Nine percent of California’s water goes to livestock. It takes about 1,850 gallons of water to make one pound of beef. To make a pound of chicken, it takes 518 gallons. Ultimately, people are going to look at these alternative technologies like precision fermentation which produces Impossible meat and other new proteins, which is very sophisticated science right now.

One that’s been used in Singapore but not available here on the market yet is cell-based protein. That’s where you take the cell of an animal – a cow or a pig – and you grow the meat, not the animal, in the lab. So it will be an actual hamburger or a steak. This way you don’t get the zoonotic diseases from the animal and all the other issues. But it’s going to take time. I think stress is what we’re going to be talking about in the next 10 to 20 years and how it affects our health in addition to what we’re eating and our amount of exercise. We need a lot more research on that moving forward.

The book comes out on Tuesday, October 19.