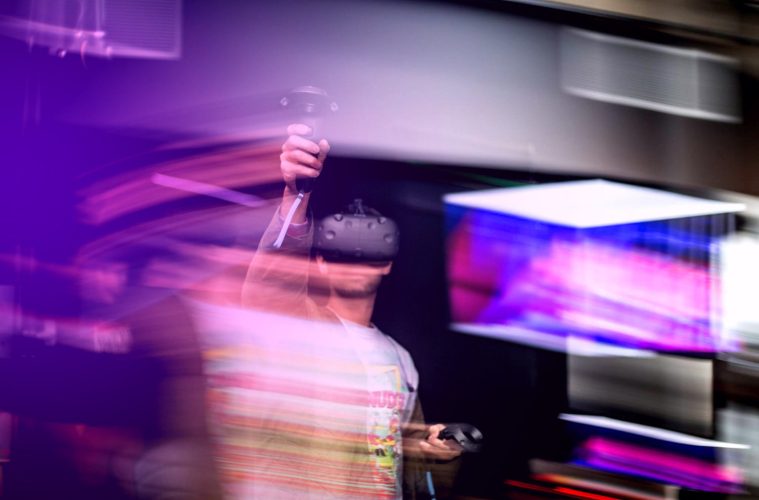 Sutu (aka Stuart Campbell) is an award-winning artist and director whose creative career has been devoted to the marriage of social impact and new varieties of digital experiences — as far back as early pieces made with Adobe Flash (RIP). An interactive web comic illustrator and animator, Sutu has also created many mind-bending VR films including the award-winning “Legends of The Brush,” a virtual reality storybook experience made in combination with performance motion-capture and art drawn in VR. In 2016, he partnered with AR pioneer Lukasz Karluk to co-found the groundbreaking augmented reality studio and platform, EyeJack. And lately he’s been combining these talents and making his mark in the nascent kingdom of the NFT, because of course.

SUTU: I illustrated my first comic book when I was in Fourth grade (about nine years old), it was called “Revenge of the Ninja Babies!” and I sold it to a kid in Fifth grade for $5.

Near-future cyber culture. Imagining futures I want to live in.

I did a graphic design course for a year and a half.

After EyeJack was off the ground, I felt confident to explore other avenues. I was offered a fantastic opportunity to work with L.A.-based company Wave to design virtual concerts for musicians such as The Weeknd, John Legend, Alison Wonderland and Dillon Francis. They have a very fancy Motion Capture and broadcast studio down in Culver City that allows us to broadcast live avatar performances directly into the virtual environment. I designed my own avatars and then performed their animations in their last two concerts. That was a load of fun! Now that EyeJack has a strong footing in the United States, I’ll be back at the helm here on the West Coast.

My first show was in a little cafe called Black Cat in Melbourne back in 2003.

I had three NFT artworks on display in the virtual gallery Meta_VS this past April. I have also collaborated with artists Mercedes Dorame and Ada Pinkston on augmented reality artworks at LACMA as part of their SnapChat collaboration Monumental Perspectives. And in May I will be dropping an NFT artwork in collaboration with the Spiritbomb collective which will be my first collaboration with a virtual artist!

Do you listen to music while you work? If so what?