Funky Flashbacks from Brassroots District’s “Live in the Lot” 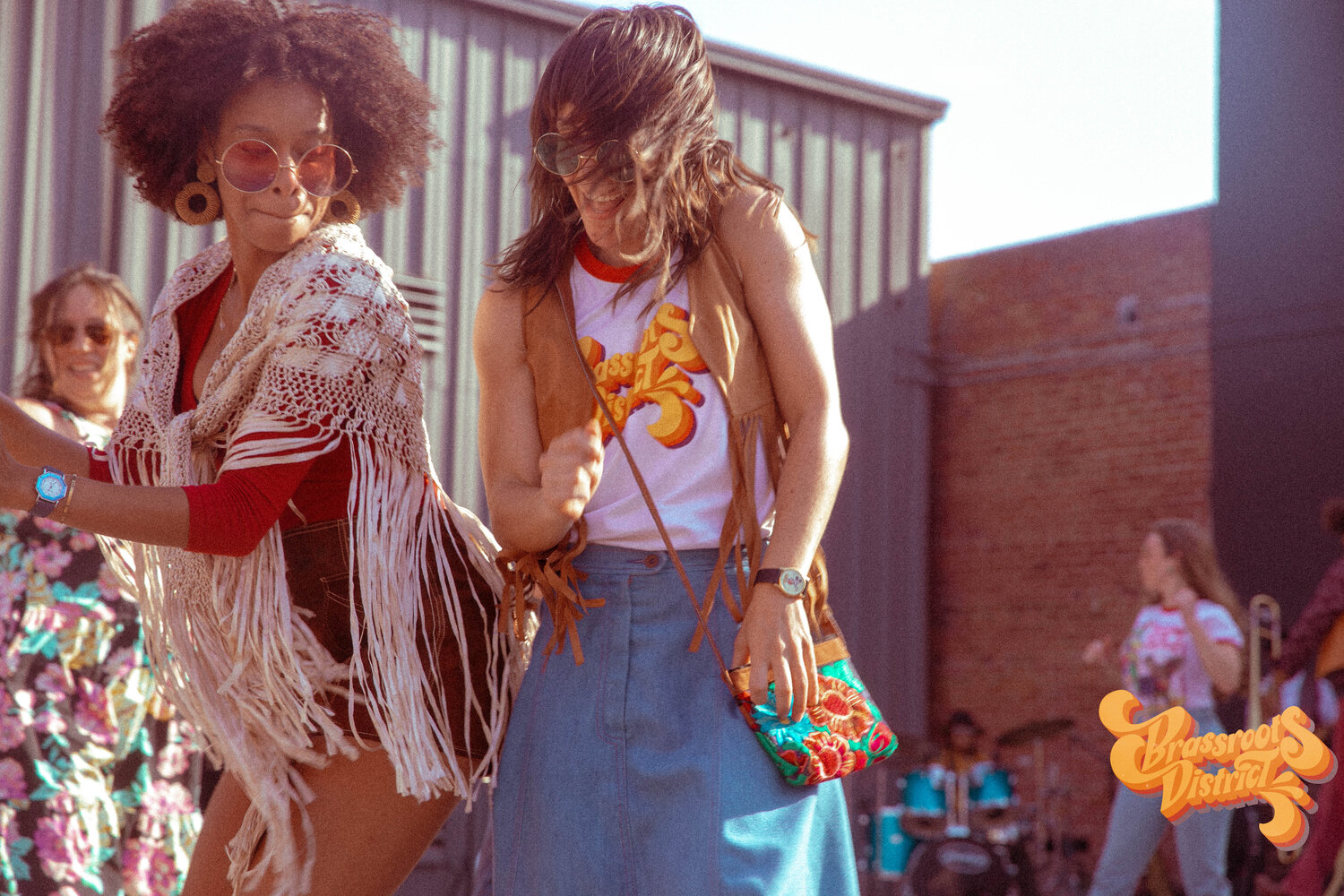 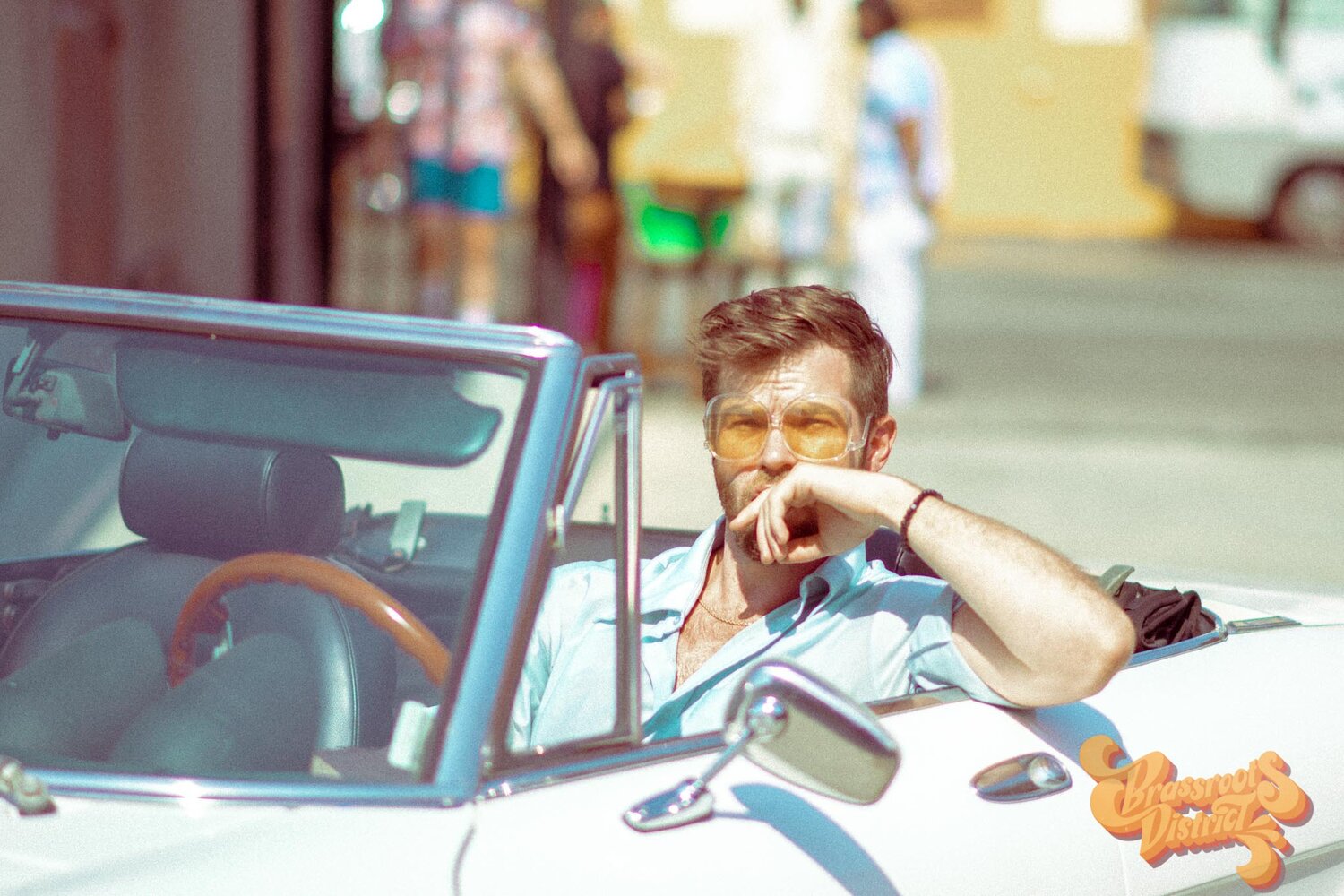 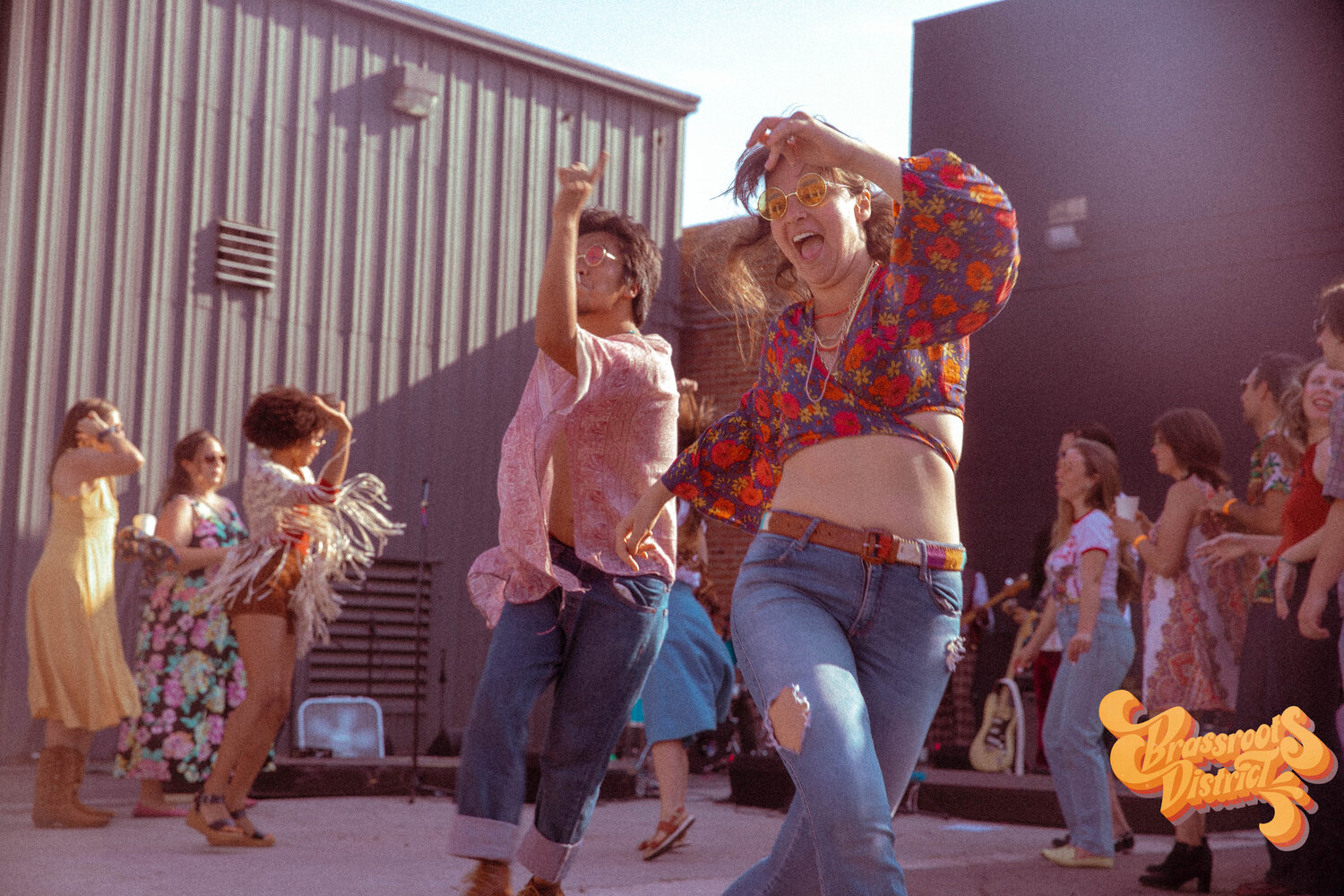 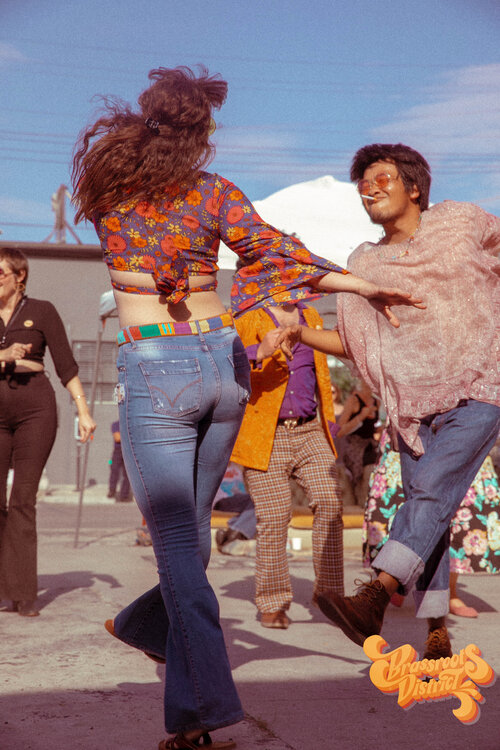 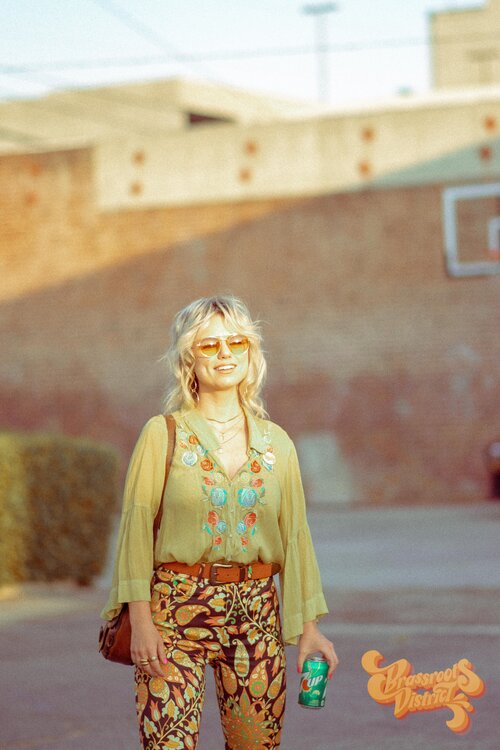 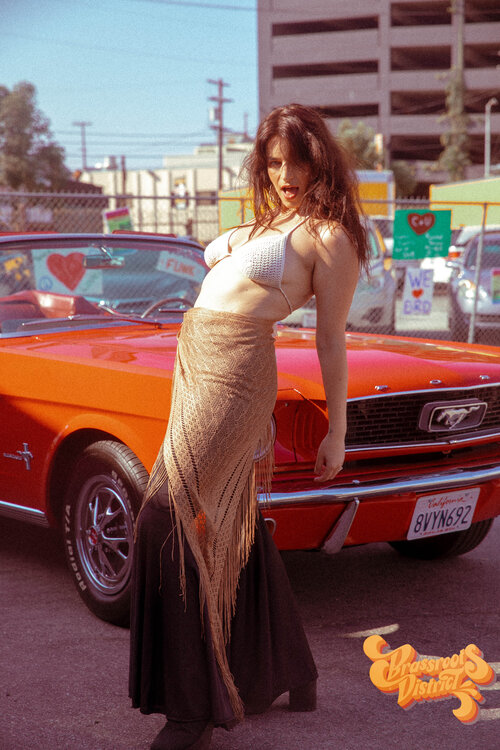 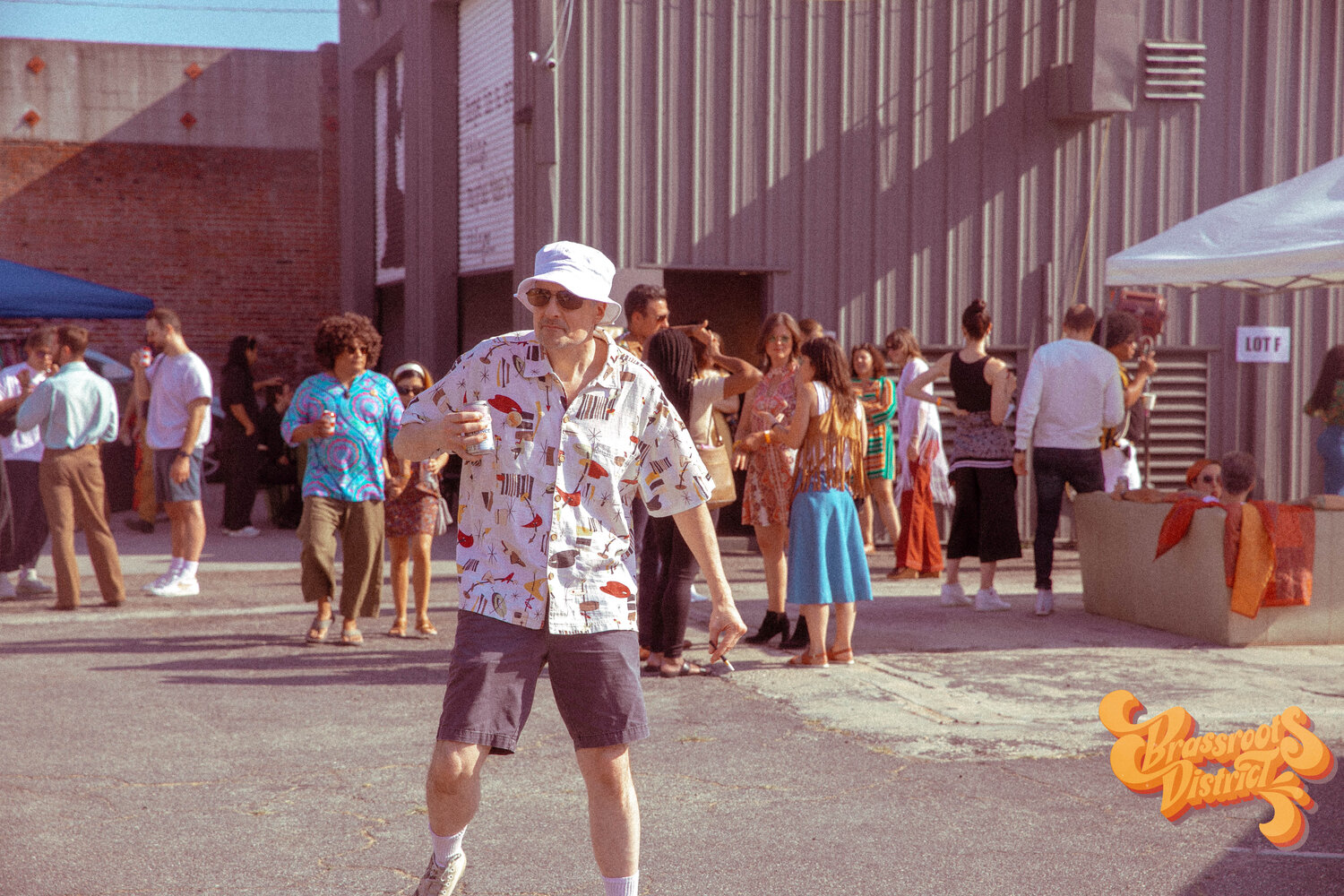 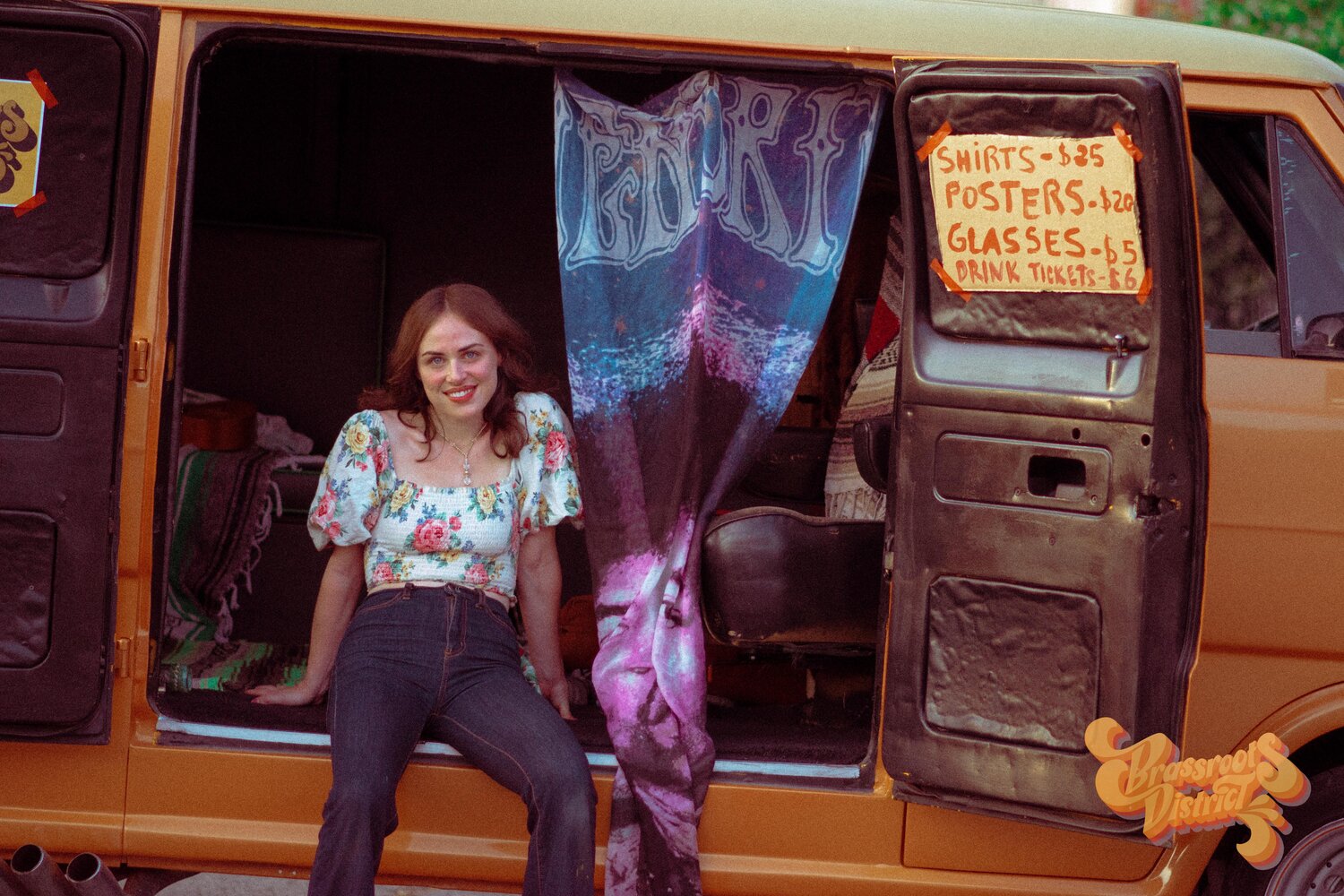 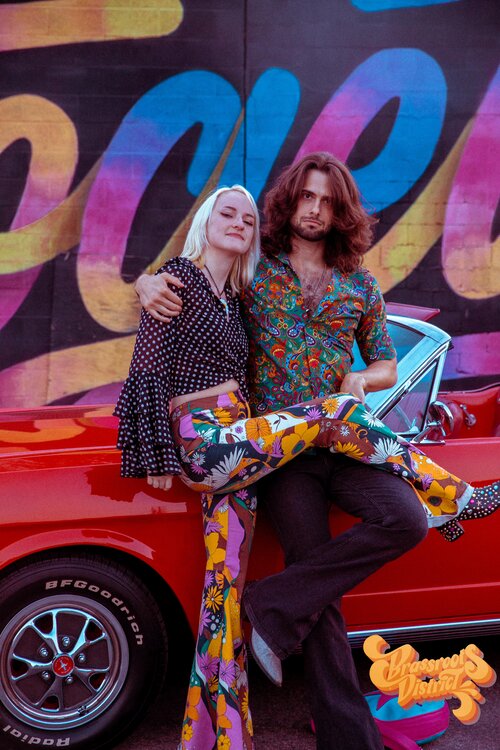 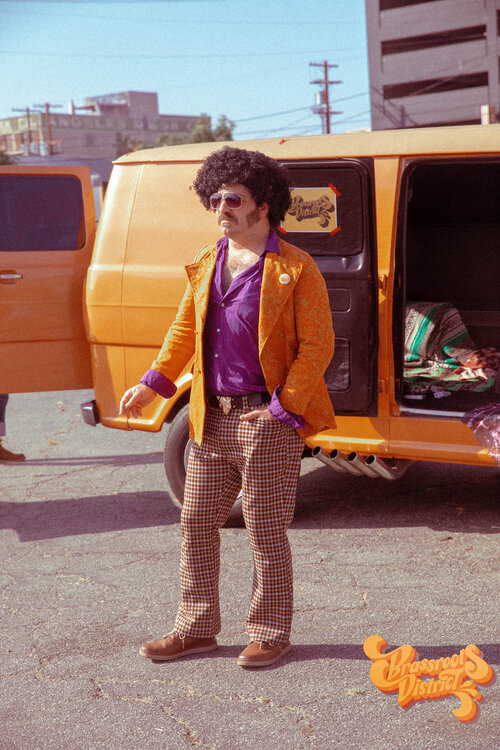 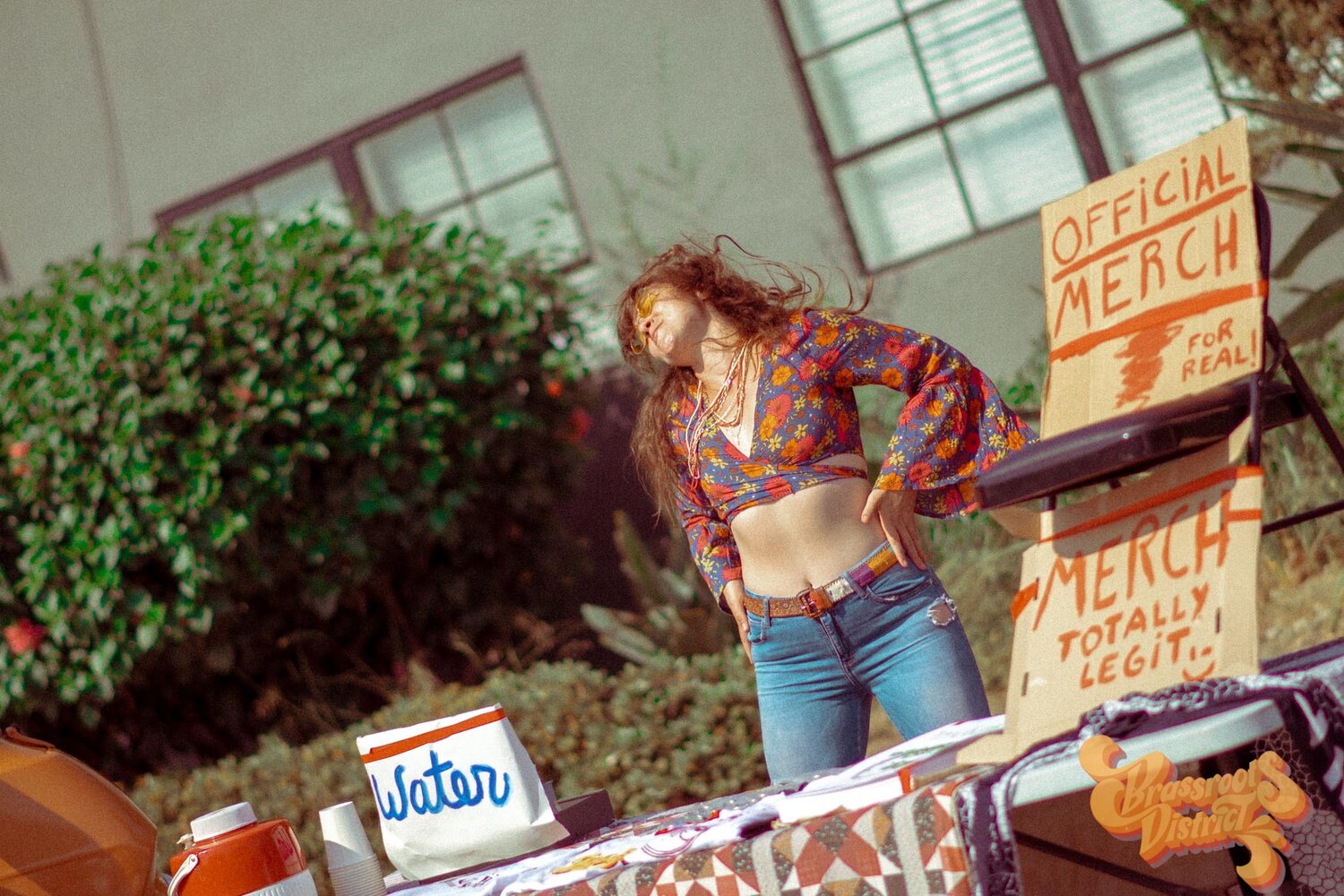 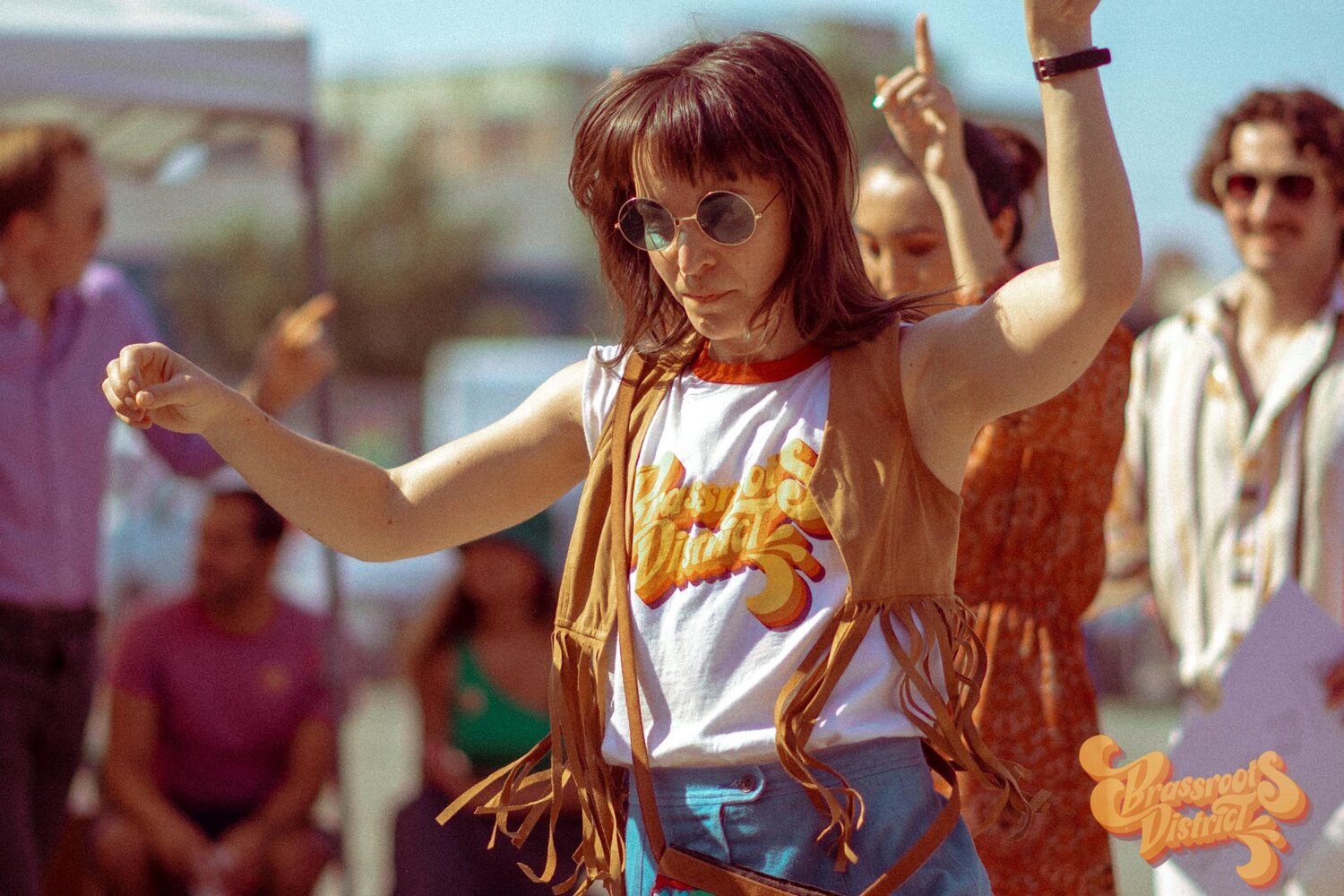 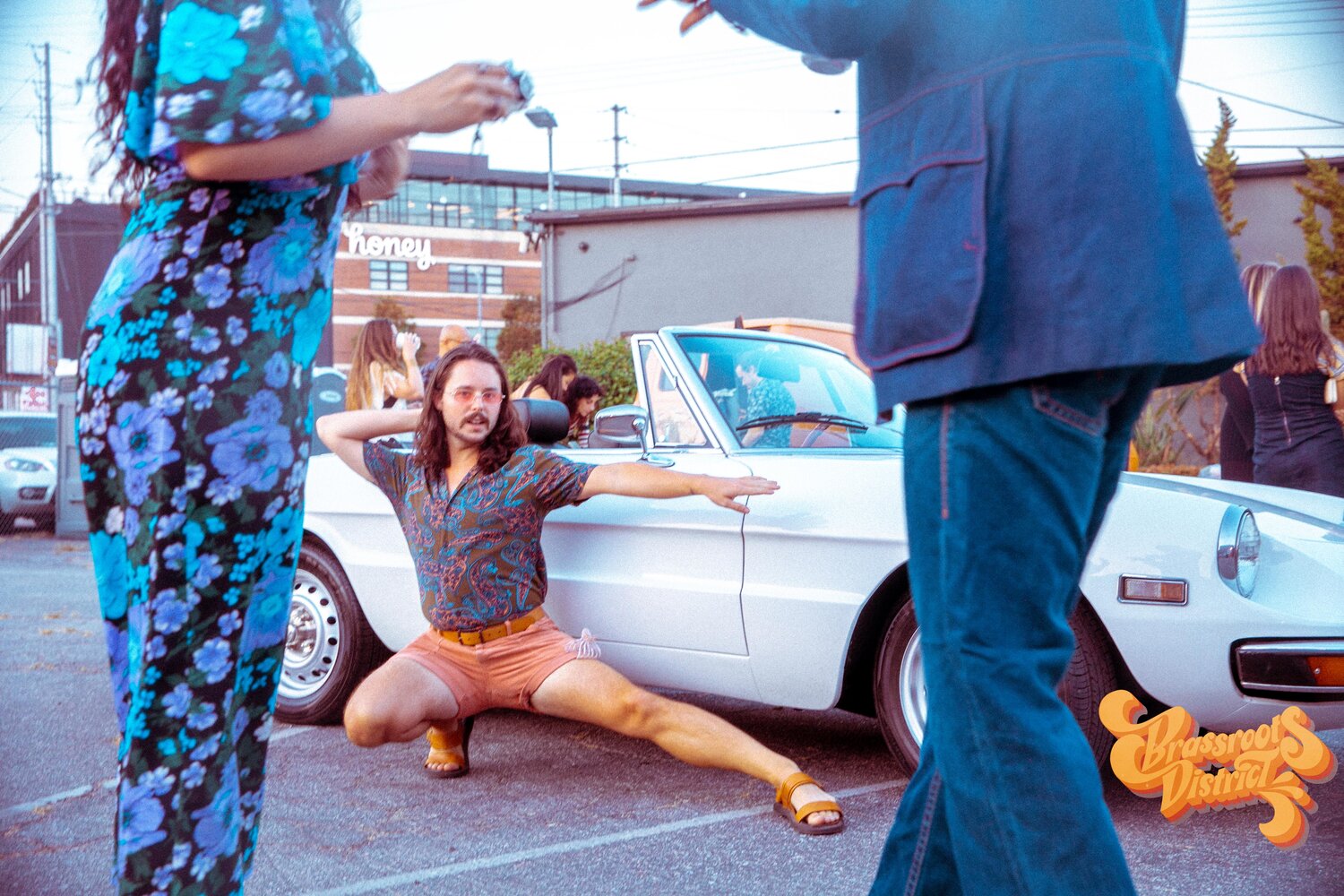 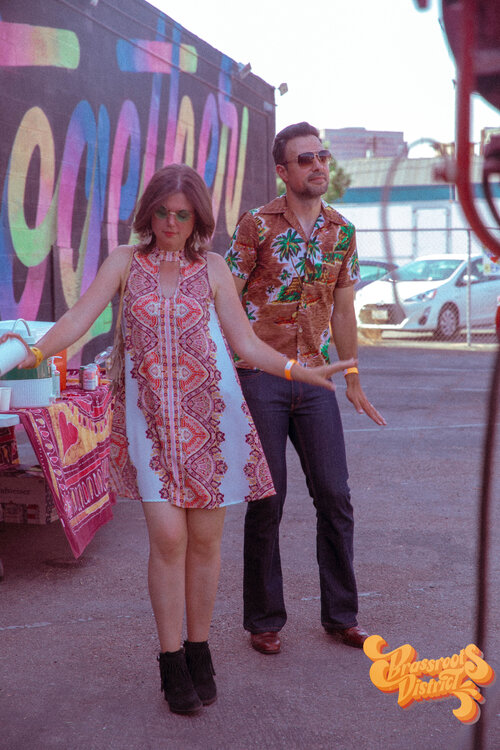 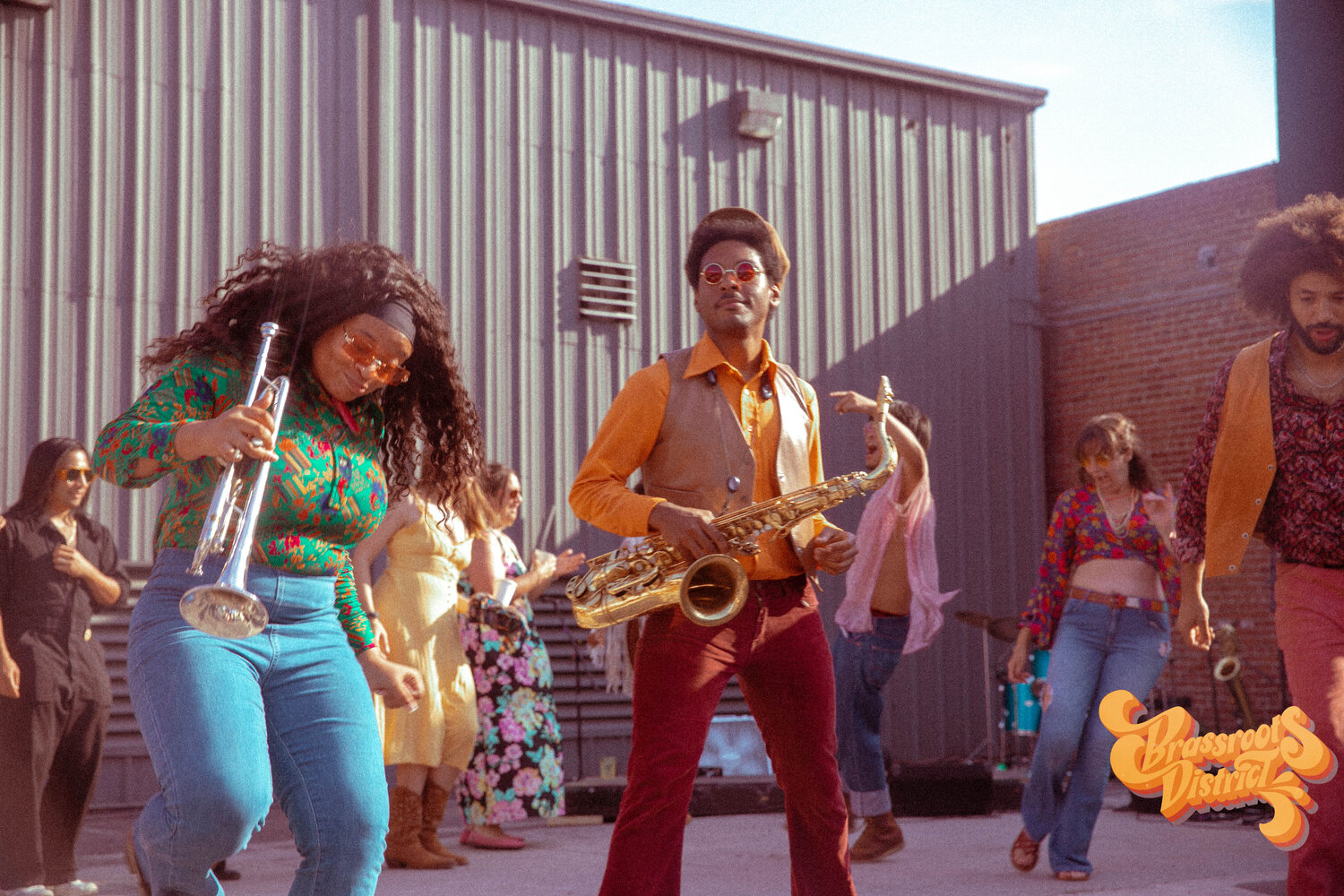 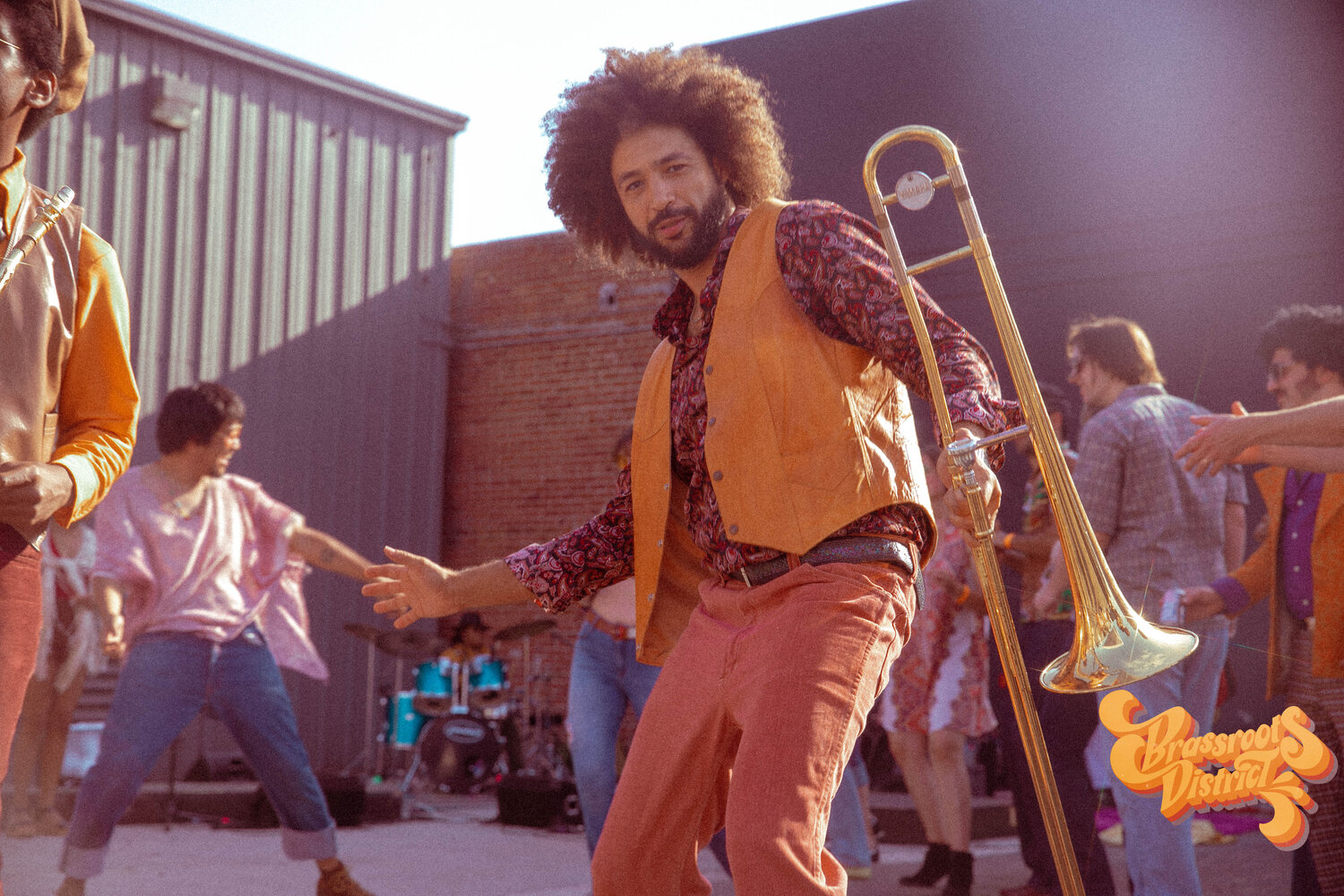 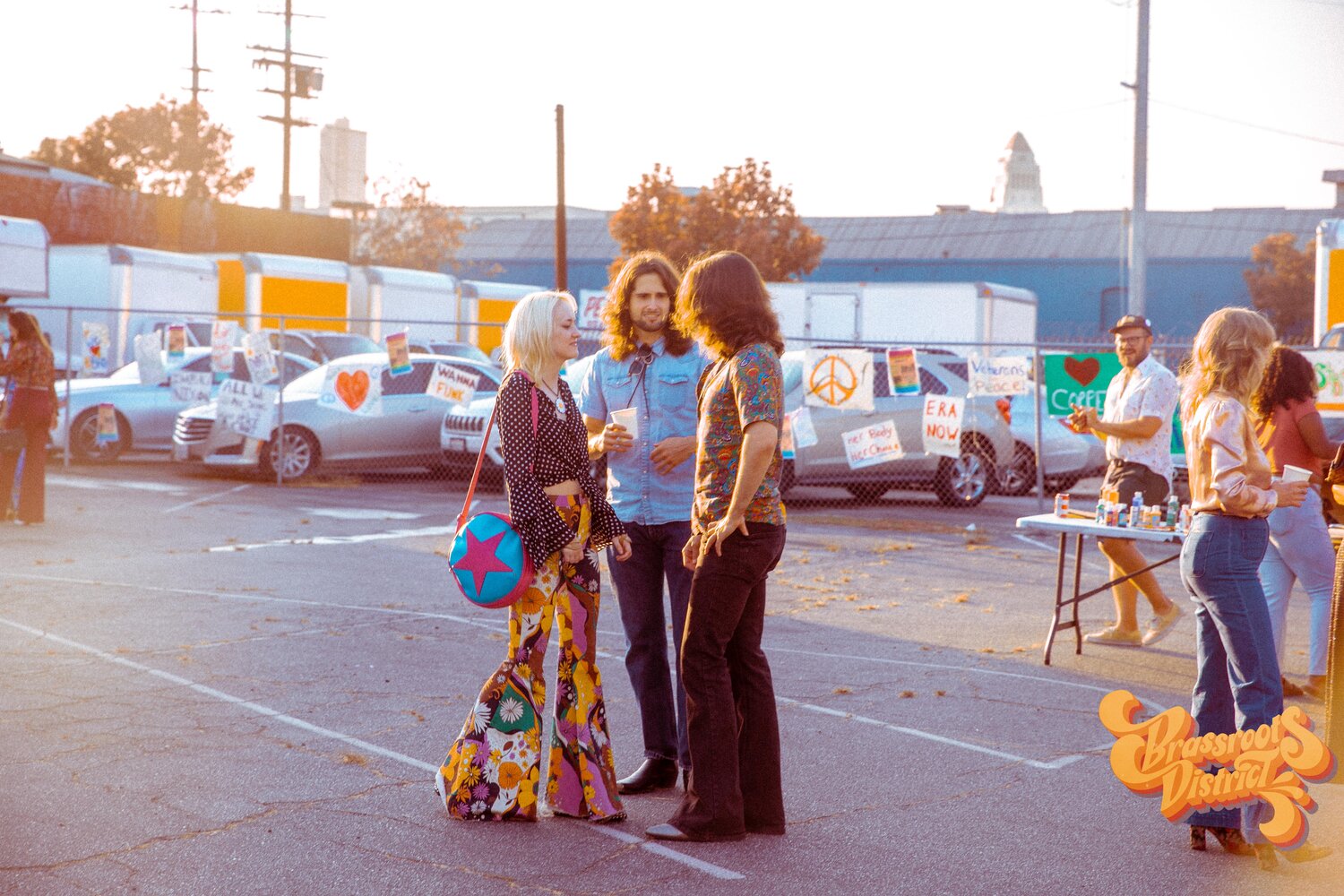 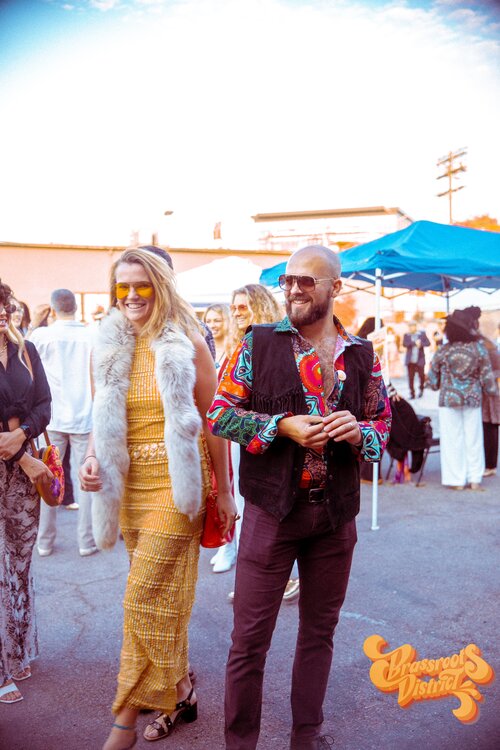 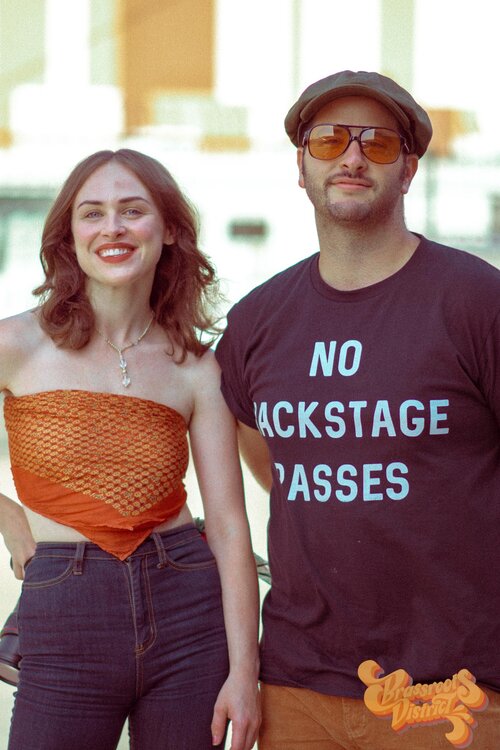 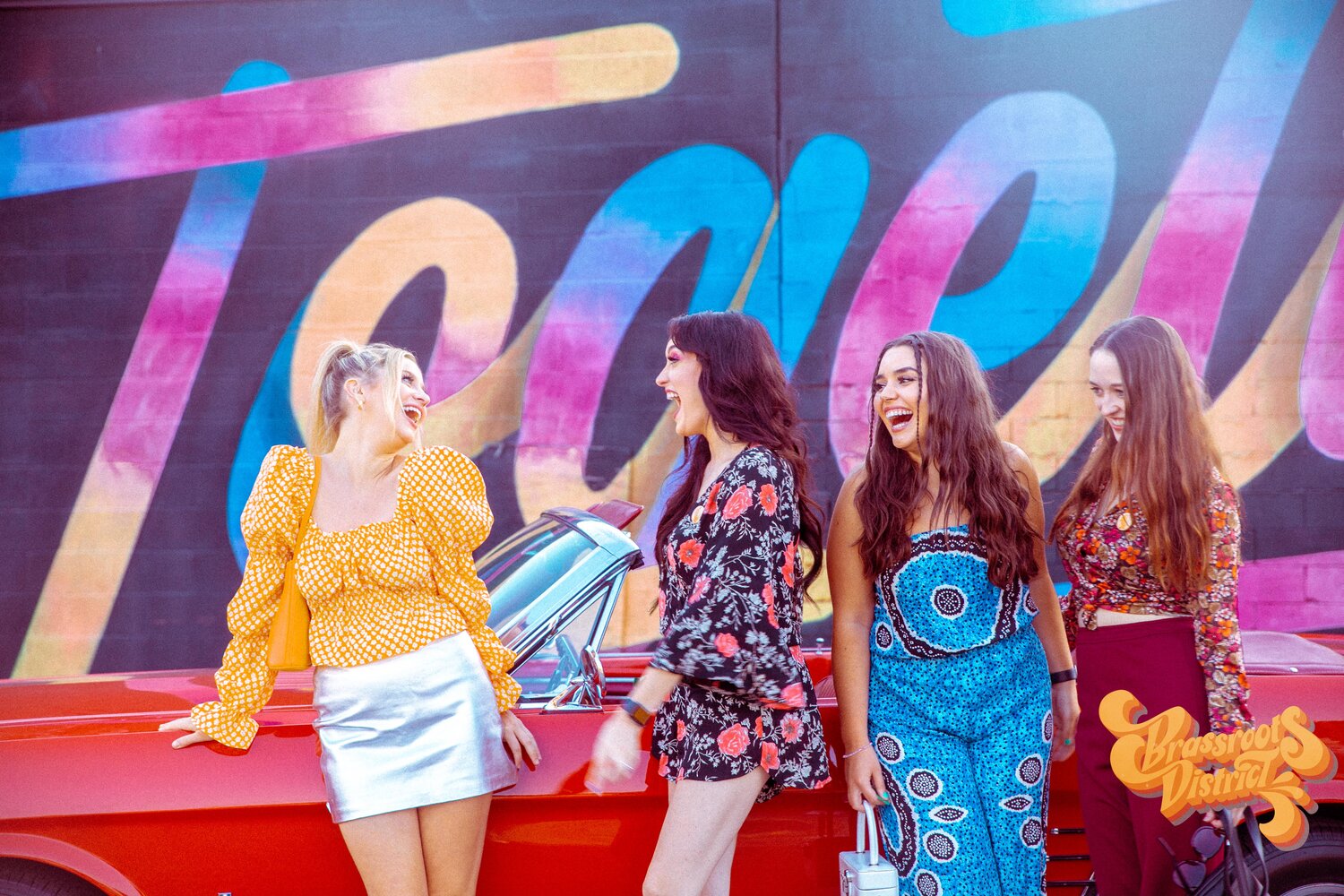 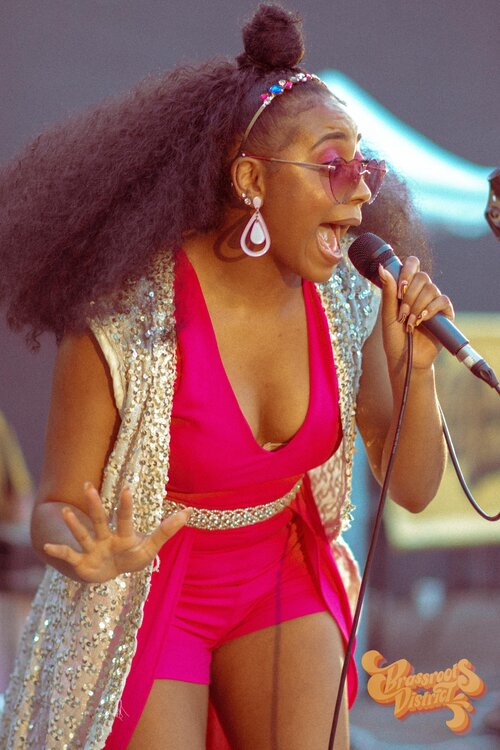 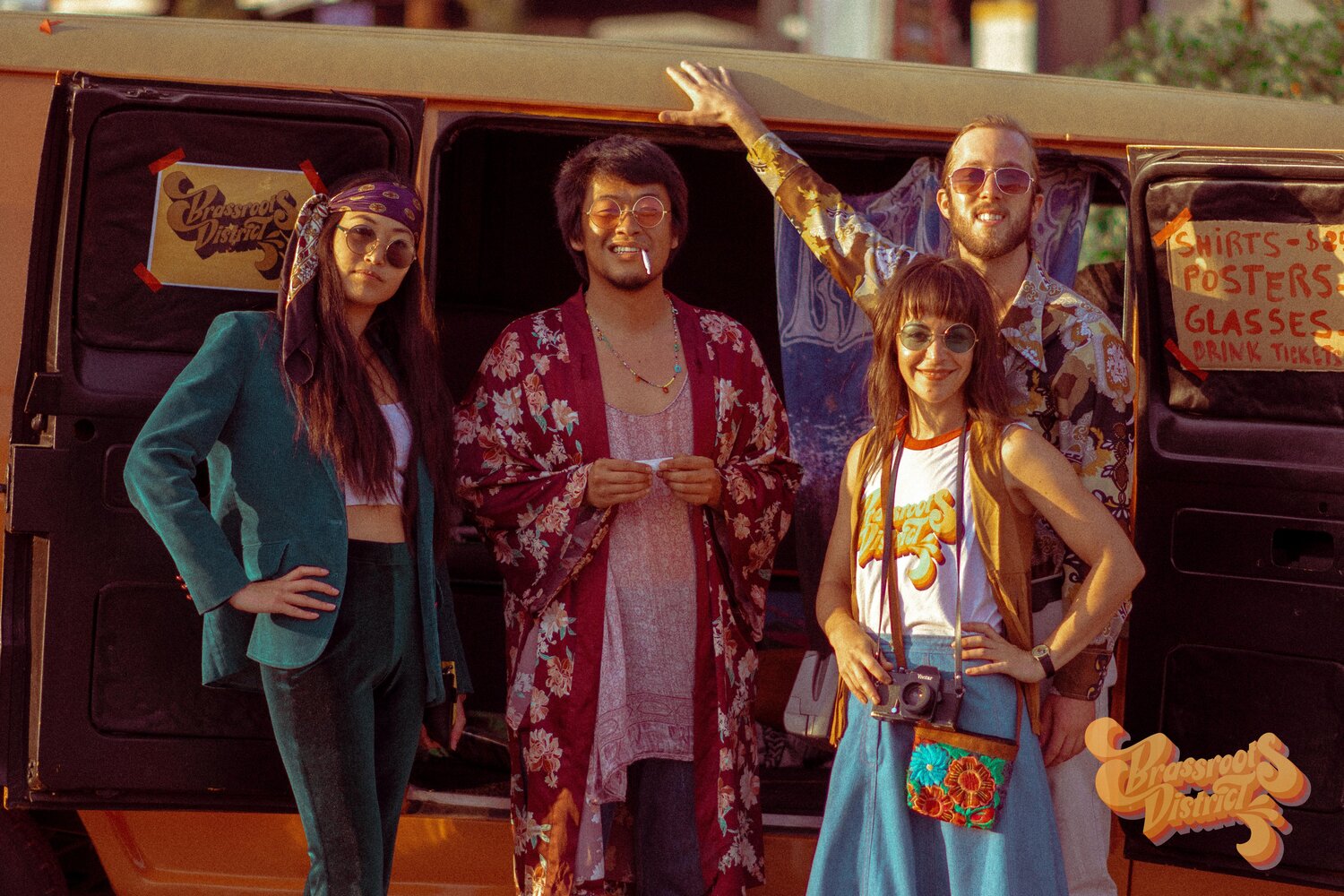 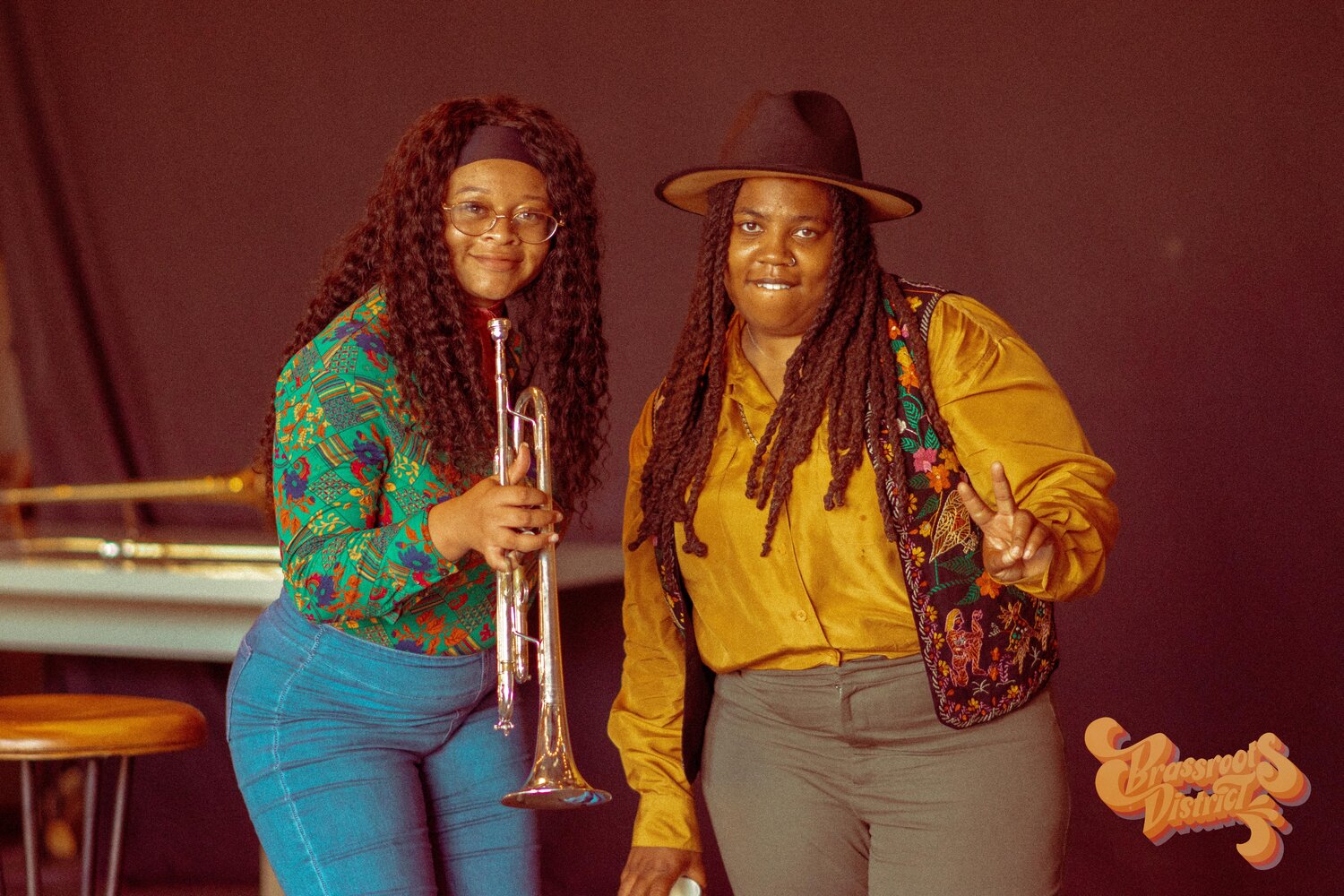 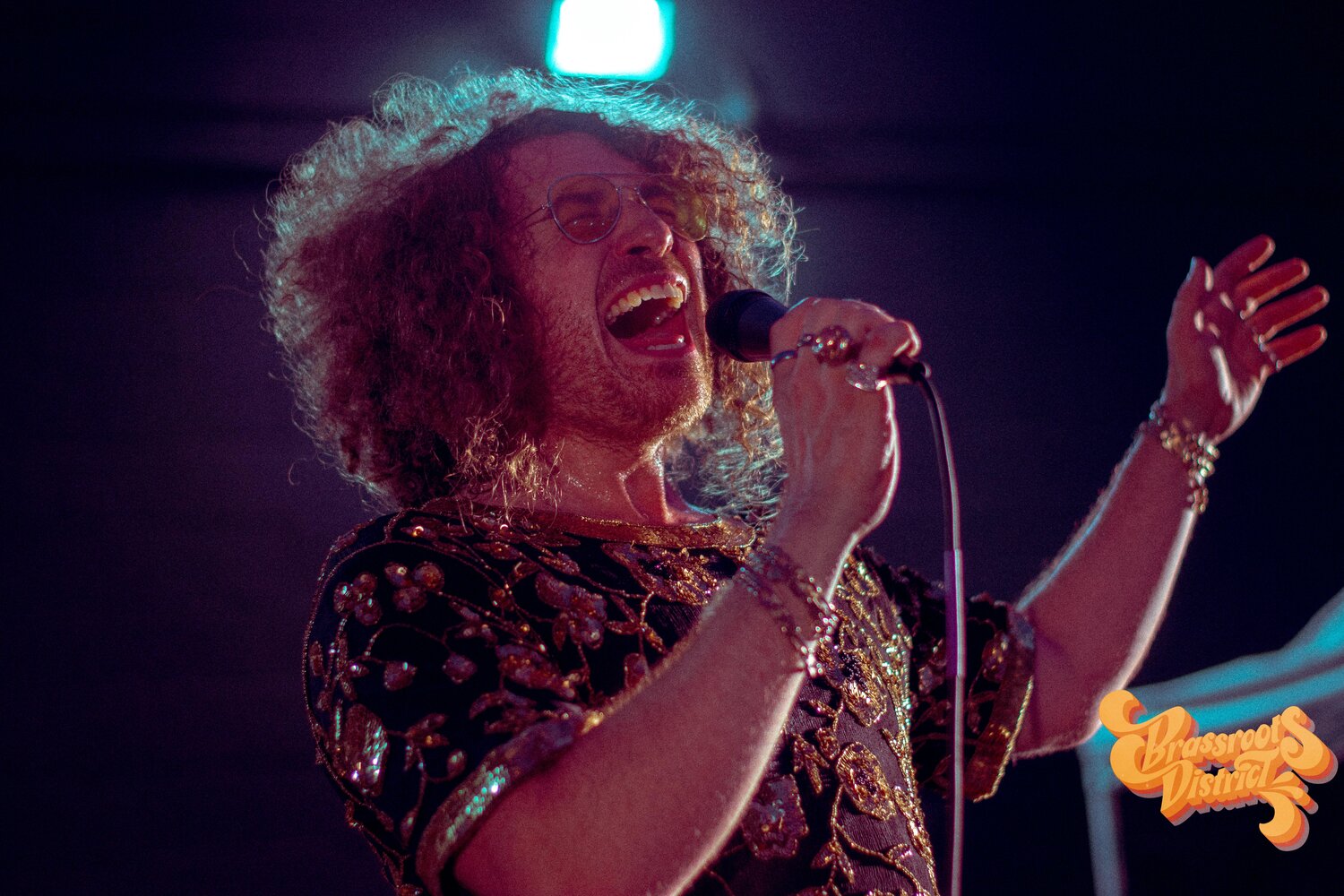 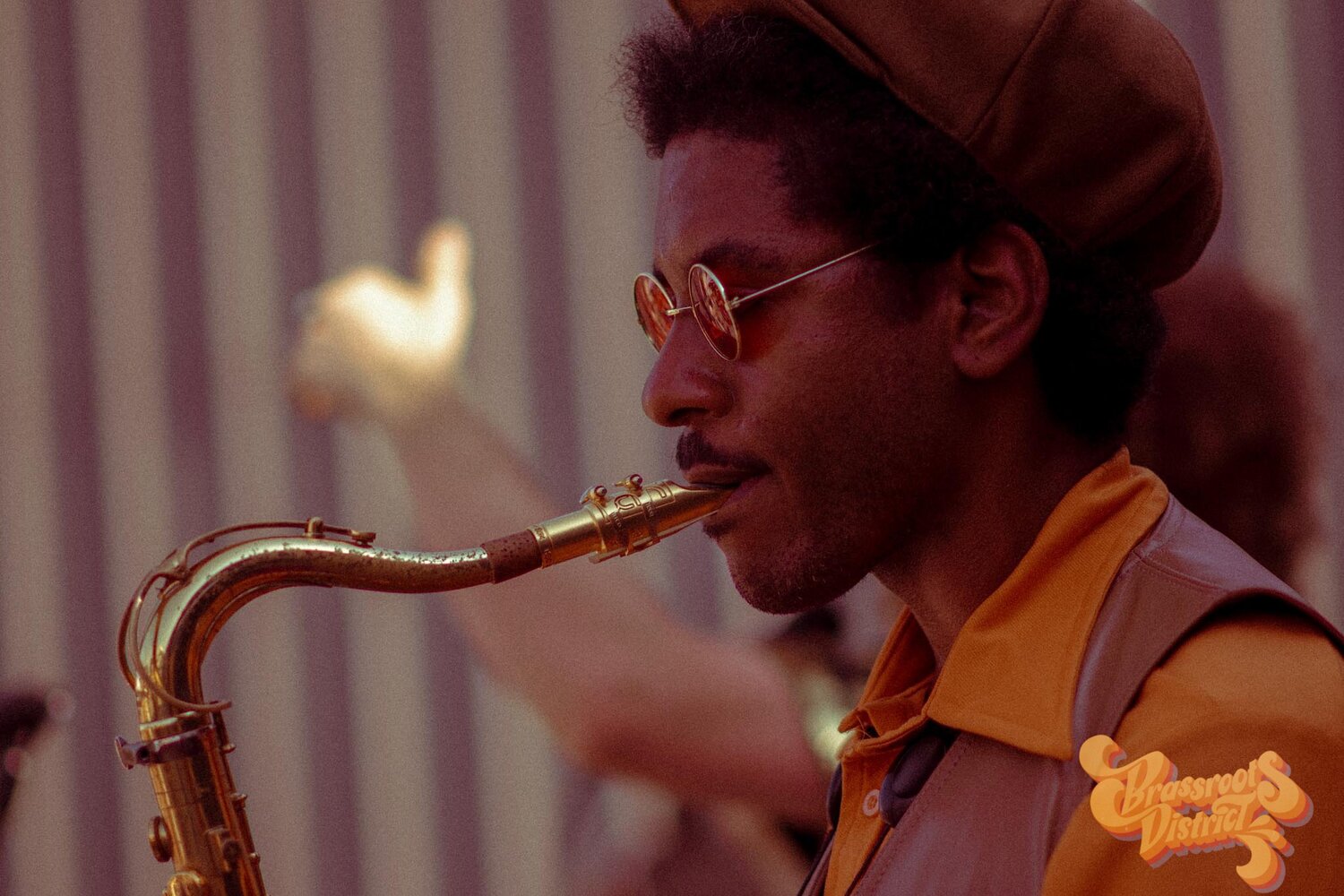 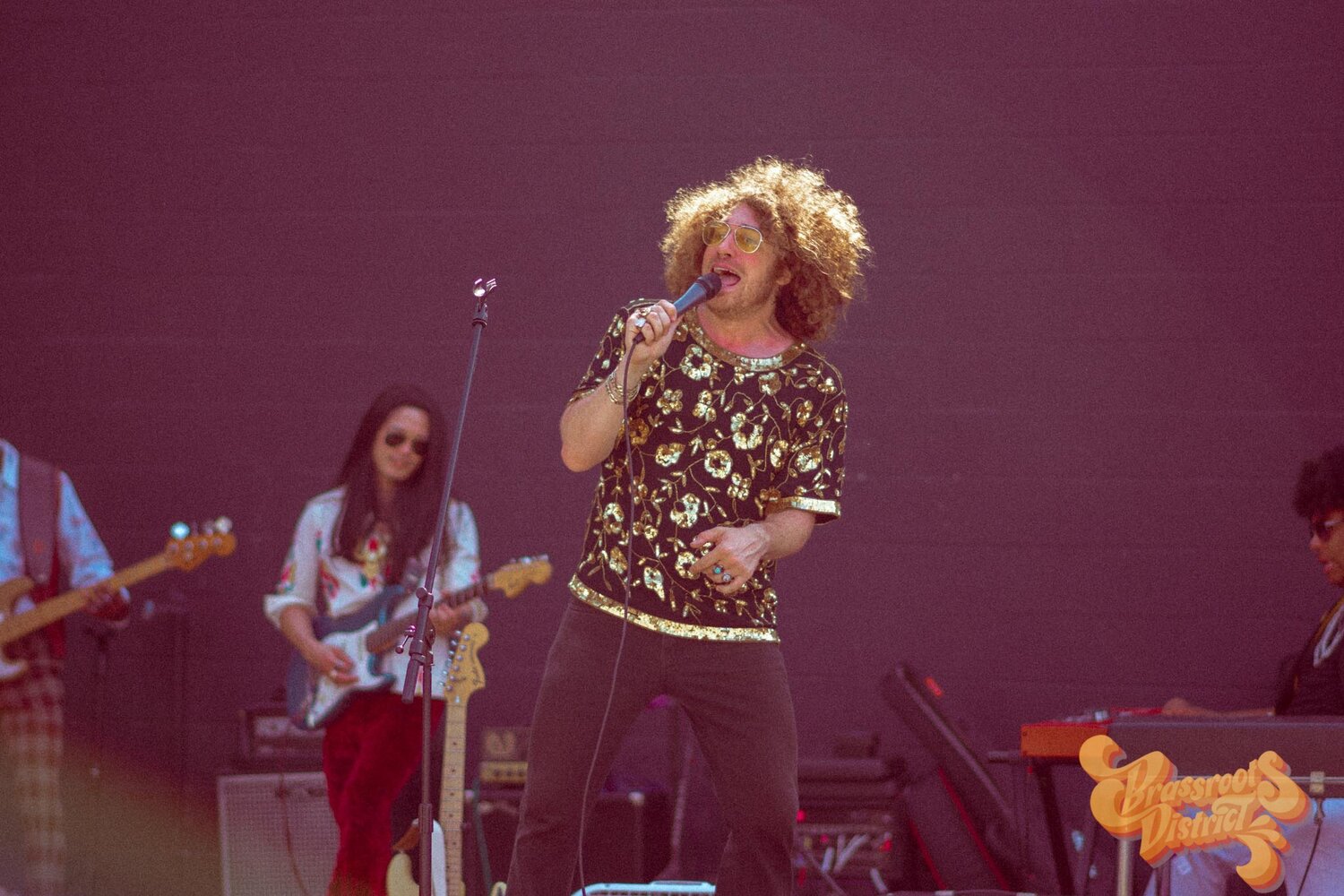 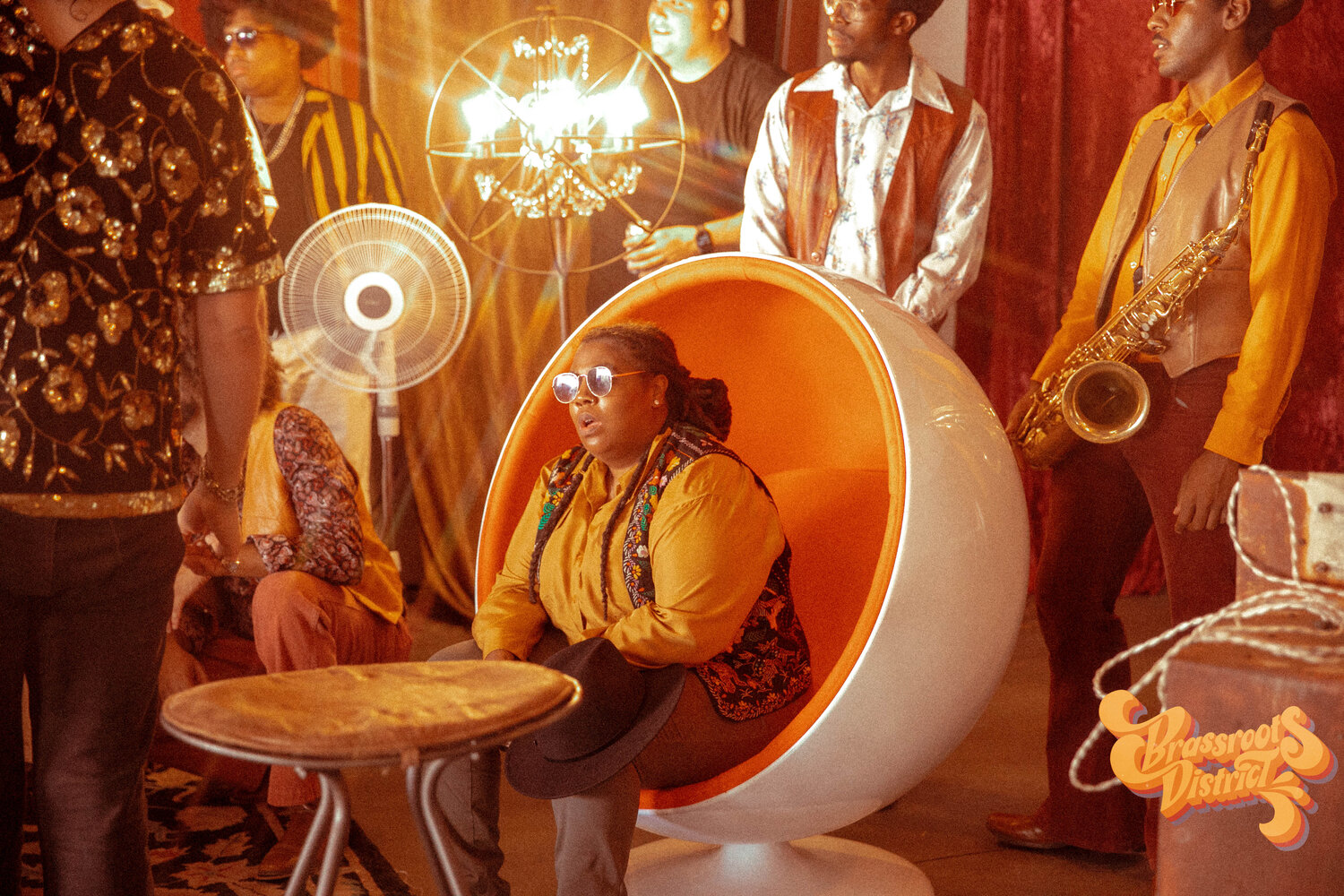 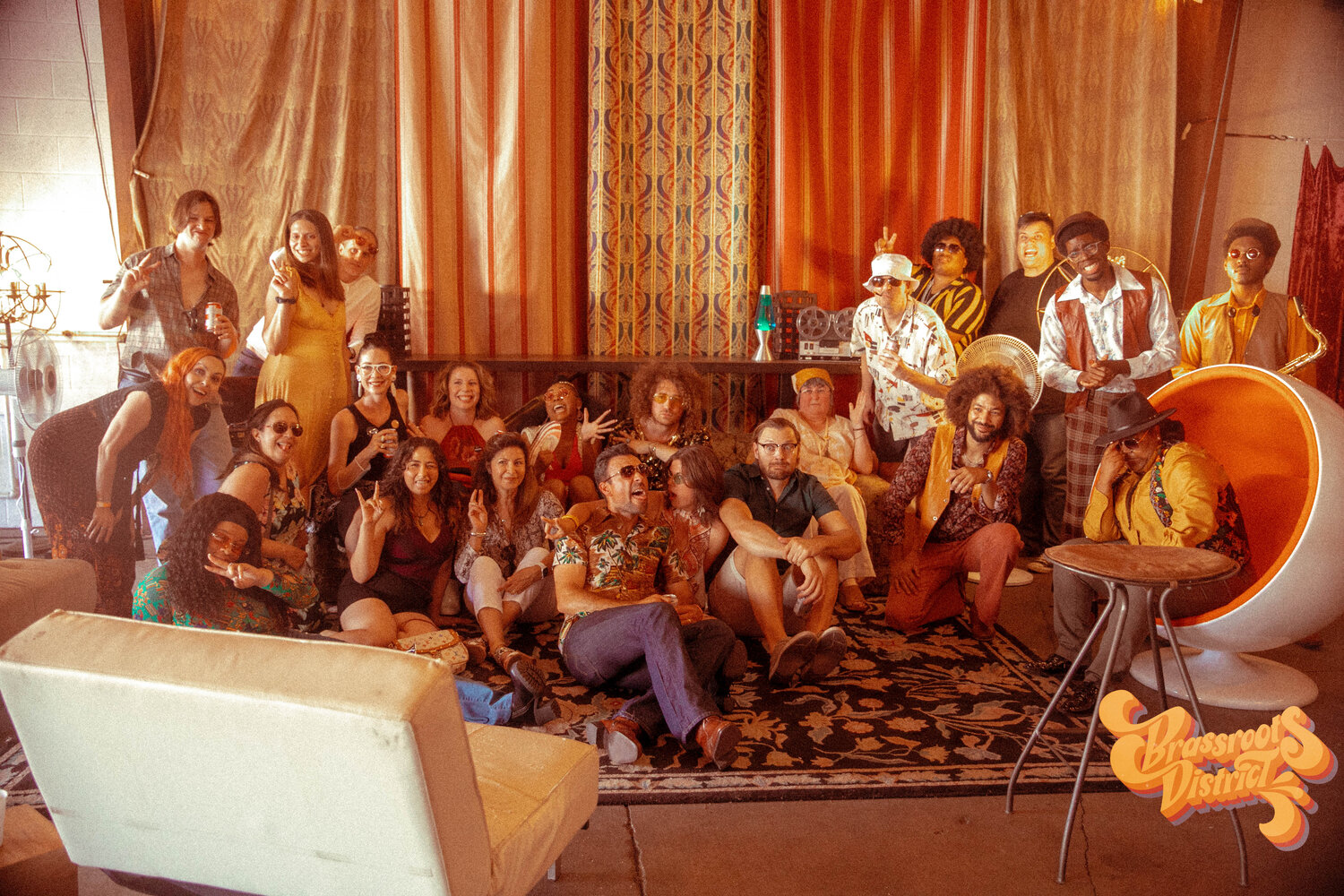 With all the uncertainties and strife of today, a lot of us prefer to pretend we live in the past. The 70’s arguably had the grooviest aesthetics and good vibes to do so. The music was better, the fashion was more fun and the closest thing we had to social media was Polaroids. People connected in a more soulful way. Plenty of parties and clubs have sought to capture the era, but most fail, going for Party City looks and over-played disco playlists.

Thankfully, a new gathering called “Brassroots District: Live in the Lot Summer ‘73” is doing it differently. The immersive music experience is driven by tight a 9-piece funk band who play a full concert live in an outdoor lot downtown. But there’s more– this is a theater-esque shindig that also offers a storyline playing out in the audience throughout the show.

Set at the Brassroots District’s outdoor Summer gig opening for Sly and the Family Stone in 1973, the show unravels as band leaders and ex-lovers Copper Jones (Ari Herstand) and Ursa Major (Celeste Butler) play their catchy originals for the crowd. Smarmy polyester-clad record exec Theo (BryanPorter) is there to potentially sign them and get a little freaky (he asked us if we had any blow early in the show). Conflict ensues during the set and intermission, as the musicians must make some tough decisions about their relationships and careers.

It’s a relatively simple narrative and the show is mostly about the music (and the photos ops, as you can see in the above slideshow) but everyone involved is super into it and you’ll have a blast playing along. Wear your best vintage bell bottoms, maxi dresses and platforms, and expect to shake your bootie Soul Train line-style. Maybe you’ll even forget about the problems of today for a couple of hours.