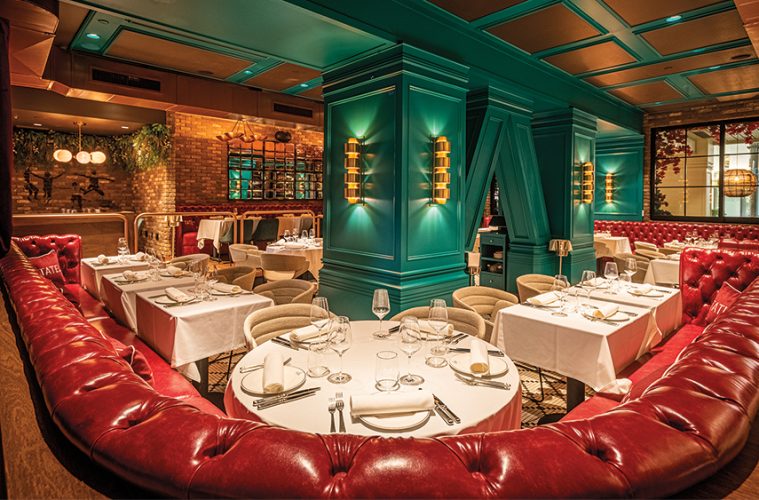 The latest jewel in the Beverly Hills triangle crown is Tatel, a new Spanish restaurant helmed by Michelin chef Luigi Fineo. It’s glamorous and comfy all at the same time, and feels like a local hangout that’s been there for years.

After numerous trips to Spain over the past year, Fineo has taken a detour from his Puglian past and created a personalized menu of traditional Mediterranean dishes.

A variety of warm and cold starters serve as a perfect tapas menu. Classics include an artful Russian salad, a beautiful and delicious sphere of soft boiled potato and carabineros shrimp, a bluefin tuna carpaccio served with house Tatel olive oil that resembles the stained glass windows of the Catedral de León. The Spanish tortilla is a tender potato souffle topped with truffles and carabineros prawns from Spain and is combined with an avocado escabeche. And it wouldn’t be official if there wasn’t a melt-in-your-mouth 100% Iberico ham de Bellota sliced paper thin on the menu, which Fineo serves with toast and a light tomato coulis.

The main course menu is a combination of meat and fish, pasta and paellas. The Tatel Veal Milanese cutlet on the bone is a massive beast fit for a basketball player’s appetite after a playoff game, topped with truffles and a soft poached egg to smear over its breaded girth. 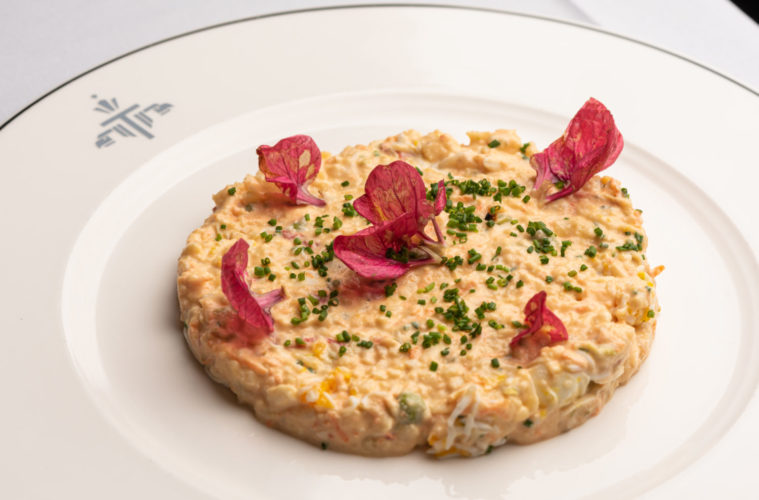 The outdoor patio overlooking Canon Drive is a modern contrast to the interior and plans are underway to add another courtyard in the back of the restaurant. A small stage at the end of the bar features live music and Spanish guitar every day of the week in 20-minute sets.  They have  a variety of live entertainment, with a different theme each night including live bands playing jazz, modern and cultural Spanish sounds as well as  deejays playing classic and top hits.

And don’t be surprised if you encounter a strolling saxophonist approaching your table.