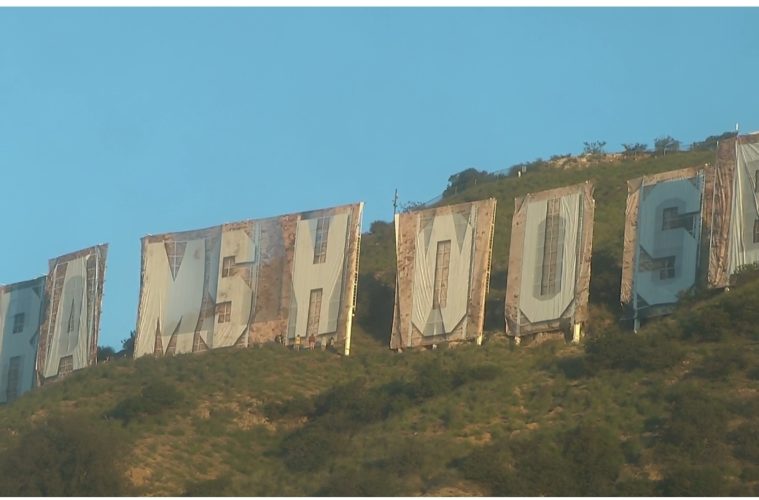 Soon after the Los Angeles Rams 2022 Super Bowl win, it was announced that the famous Hollywood sign would be transformed to read “Rams House.”

The original plans were to have the sign built and displayed from Monday through Wednesday, but the sign was not fully put together until Tuesday night, with crews working into the night.

“What a day in Los Angeles – the Rams are Super Bowl Champions,” Mayor Eric Garcetti said in a statement Monday. “This town has the best teams and fans in the world, and we can’t wait to show off our L.A. pride with a display that only Hollywood could deliver. Go Rams.”

Crews working on the sign construction battled high winds and rain Tuesday, as several parts of the city and county were hit with high winds and even hail storms.

Angelenos passing by the Hollywood sign could see the unfinished sign Tuesday, as the letters were built sporadically, making out incomplete words.

The Rams will hold their parade and rally on Wednesday, and while it took a couple of days, it appears the Hollywood sign may be ready by the start of the morning festivities.