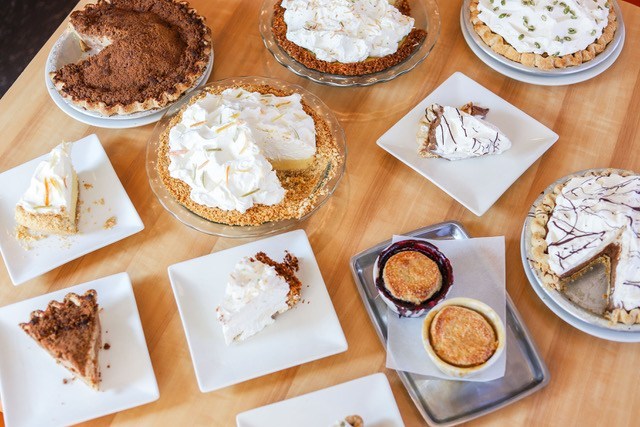 Michele Stueven1月 22, 2021
According to the American Pie Council,  the pie is one of the oldest prepared foods, showing up in written recipes  as far back as ancient Rome, with the first known being a rye-crusted goat cheese and honey pie which we still enjoy to this day in the form of  the crostata.

The Romans stuffed pies with  meats, seafood, and fruit, and served them in several courses during ancient feasts.  The pasty first appeared in England in the 12th century, still mostly filled with meat and when they headed out for the New World they brought pie with them.   Today sweet pies outsell their savory siblings.

Saturday January 23rd is National Pie Day and we’ve got a list of classics to help you celebrate the humble pie.

Cindy’s Eagle Rock Restaurant,  the  local landmark vintage diner has been slinging slices since 1948 and is baking up a special pie for grapefruit lovers, available today for a limited time. Husband and wife owners Paul Rosenbluh and Monique King will add a grapefruit cream pie with gingersnap crust to the menu.   And if you prefer whipped cream over meringue, there’s also a southern lemon cream pIe with saltine cracker crust as well as Dutch apple, chocolate cream pie with chocolate ganache crust, coconut key lime and  sour cherry with almond crumble.  The Derby Pie is a pecan pie with chocolate and a hint of bourbon .

Speaking of pie history,  the legacy of Marie Callender also began in 1948 in Orange County when the accomplished baker  first launched her  pie business, delivering freshly baked pies to area restaurants.  Her son Don opened the family’s first pie and coffee shop in 1964 in Orange, Calif.   While the legendary chain has seen many closings of late, Marie Callender’s still operates 28 restaurants in the United States, with a handful of those in Southern California including Azuza, La Habra and Gardena.  In addition to a selection of at least 22 cream, fruit and seasonal pies as well as savory pot pies,  red velvet cream pie is available  during the month of January. 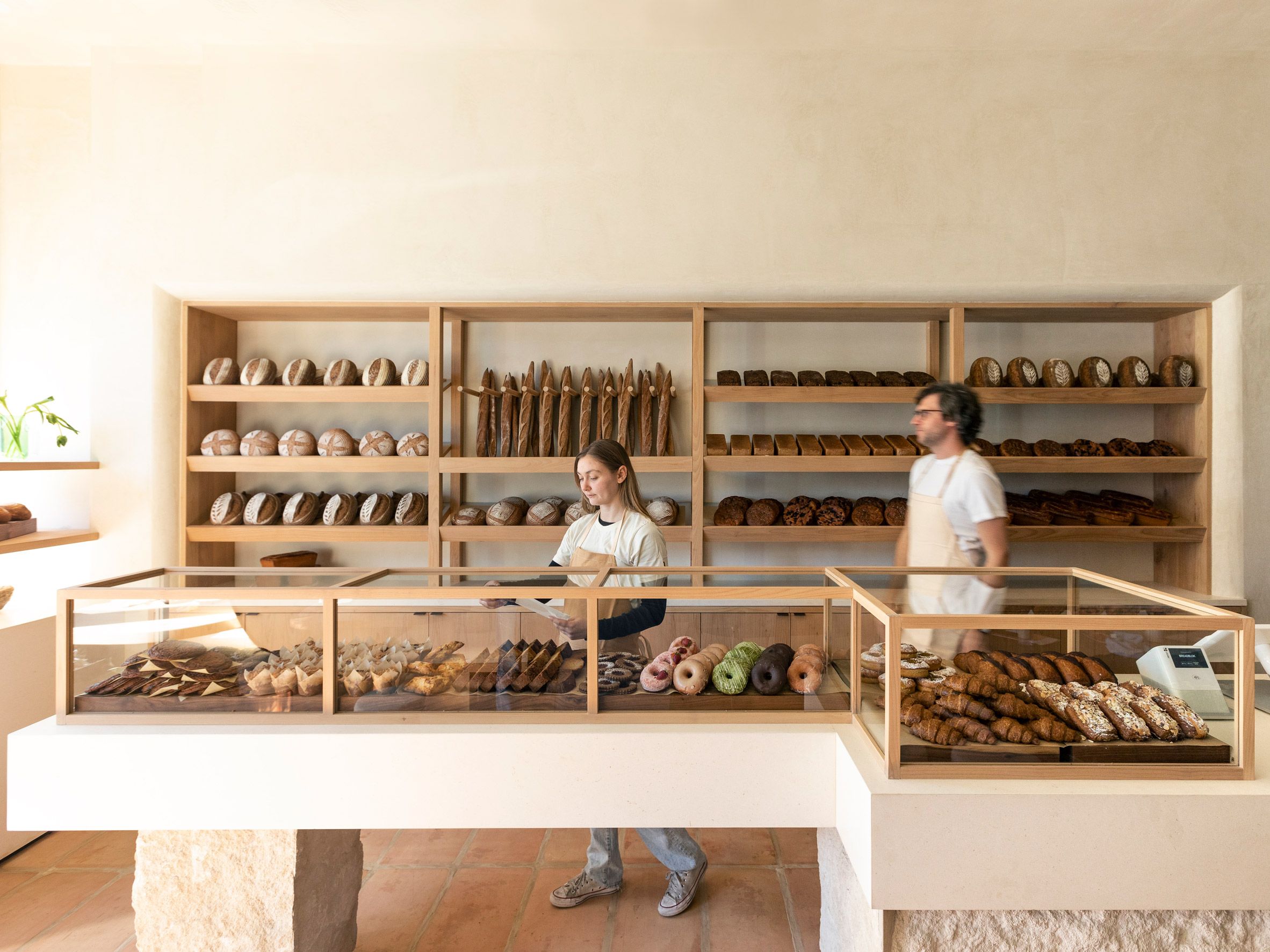 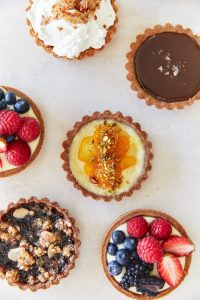 The Urban Plates  classic banana cream pie  has a graham cracker crust filled with vanilla bean pastry cream, bananas, caramel sauce, vanilla bean whipped cream, and chocolate shavings. The pie is made in-house from scratch daily and is available at all Urban Plates

If you’re near Long Beach and in the mood for a satisfying pizza pie, take out the white pie at Jonathan Strader and Jack Leahy’s new pizza joint, Little Coyote. An oozy combo of spinach, ricotta, confit garlic, caramelized onion,  mozzarella and white sauce,  carnivores can add on pepperoni. Inspired by old school pizzerias and foldable pies, Strader relocated to Long Beach after opening Hatchet Hall in Culver City and spending years on the Venice dining scene. 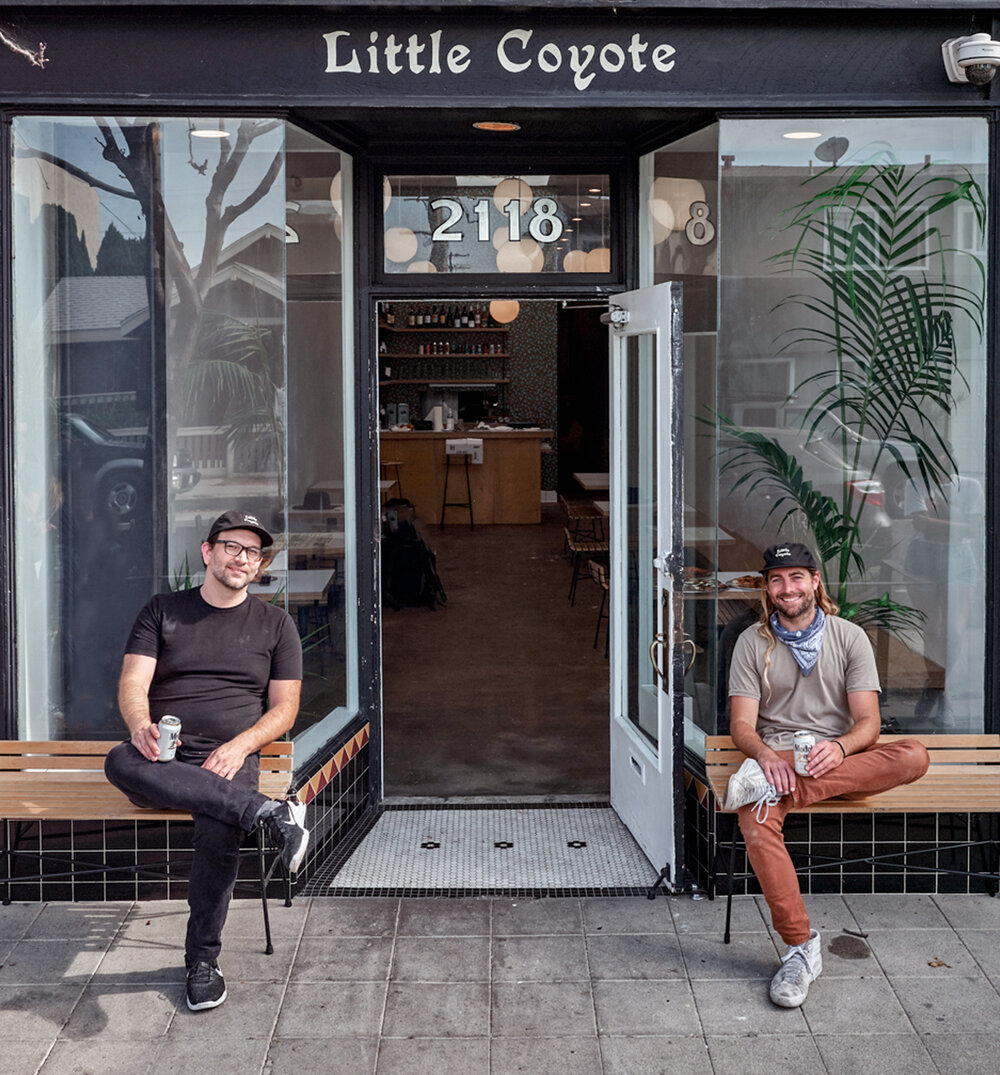 For those who want to splurge on a savory pie that would even impress the Romans, the duck pie was developed by Chef Sean Gray and the team at Momofuku Ko, where it’s one of the signature dishes and is available through Goldbelly.  The golden pastry  is filled with duck meat from upstate New York, Hudson Valley foie gras, Tubby cheese from Spring Brook Farm in Vermont, and vin jaune nestled in  buttery flaky layers. It also features a rich sauce made from  black beans, butter, and Normandy cider vinegar. 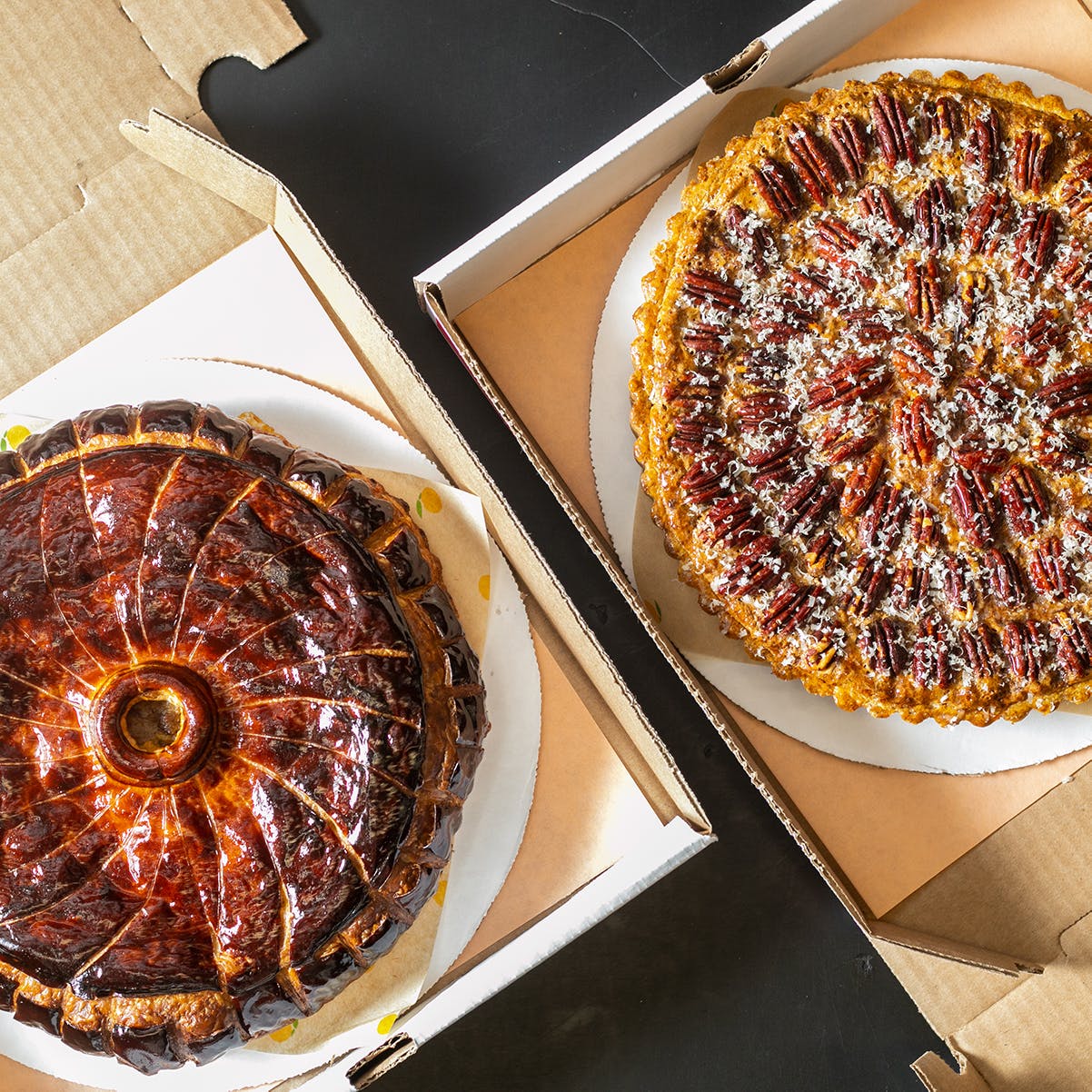