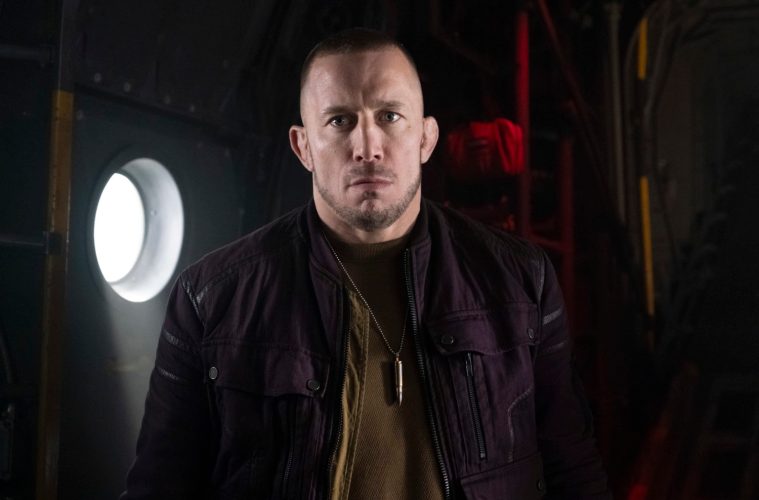 Born to Batroc: Georges St-Pierre Returns to The MCU

Jimi Devine4月 9, 2021
On the heels of the biggest fight in MMA history failing to materialize, Georges St-Pierre sat down with L.A. Weekly to chat about his transition into full-time acting following his recent return to the Marvel Cinematic Universe reprising his role as Batroc the Leaper in The Falcon and the Winter Soldier on Disney+.

St-Pierre was born to play Batroc, a dangerous Frenchman. Over the years, before his leap to the big screen, St-Pierre proved time and again that he was one of the most exciting fighters on the planet; he worked his way through the greatest welterweights of all time to take that title for himself. Eventually, he added to his hall-of-fame career by exiting retirement to defeat Michael Bisping, winning the middleweight title in the process. At the time, he was only the fourth person to ever accomplish such a feat.

His wildly positive energy made him that much more likable through the title defenses, and when he did get involved in prefight banter it had so much more zip coming from an anti-bullying advocate than from the people talking shit all the time in hopes of selling their fights.

So, when you see St-Pierre selected to play a hand-to-hand combat-heavy B-list Marvel villain that’s been scrapping with Captain America since the 1960s, it adds some excitement for sure. We’ve seen some of the most dangerous 170-pound men on the planet stand across from him and fail. It makes it feel more believable when you see George St-Pierre (GSP) get shots in against a title character compared to some random henchman.

Not only is St-Pierre considered one of the greatest mixed martial artists of all time, but he’s also arguably America’s most famous Canadian athlete without a hockey stick. I mean, he has three times as many Instagram followers as Steve Nash, who is the only other guy in the discussion.

We started the interview by congratulating him on being the pride of Quebec that doesn’t play hockey.

“I do play! But I suck!” St-Pierre told L.A. Weekly through the laughs. Despite being an amateur gymnast over the last decade, and since incorporating the practice into his training regime in the second half of his career, St-Pierre joked he had no balance on ice and zero hockey intelligence.

We moved on to what is filling his time these days. We didn’t want to say retired, because he obviously has plenty on his plate, but we asked how he would describe daily life. He said mainly it’s just really busy. But you can hear the conviction in his voice as he attempts to perfect a new craft with the same level of focus that got him multiple UFC titles across two weight classes.

“I’m having a lot of auditions, and I’m working a lot on different skills that require a lot of my time,” St-Pierre expands. “My English classes, acting camera classes, theater classes, audition classes. So, I’m very busy now trying to learn new things. And it’s a lot of fun. It’s like a new challenge in my life.”

GSP emphasized that even with all these new challenges, he still trains regularly. According to his longtime training partner Rory MacDonald – a former Bellator Champion – Canada’s second most dangerous welterweight of all time after St-Pierre, half of a lot of people’s greatest fight of all time alongside Robbie Lawler, and the current favorite heading into the million-dollar Professional Fight League Tournament, GSP could still hang with the best of them. “I think if he wanted to, and he had that passion, he definitely could,” MacDonald told The Schmo recently. “He’s probably better now than he was when he retired. He just keeps training and keeps getting better.”

Prior to hearing MacDonald’s glowing praise just after our chat, we asked GSP if he was still sparring. Simulated combat with the young killers of Montreal and points beyond is no joke and provides perspective on just how hard he’s going at the moment. If not for COVID closing the gyms, he said he’d certainly be in there mixing it up with the young lions.

“Yeah, not now because the gyms are closed, but yeah for sure. I always train, and I’m training at the elite level because I help guys prepare for their fights,” St-Pierre said before looking ahead to when Montreal gyms reopened just after our chat. “So now I’ll be able to go back to the gym and train. I love that the science of fighting.”

We asked St-Pierre how much easier it is to balance the acting side with training compared to when he was an active champion defending his belt. The first time he portrayed Batroc was in the training camp leading up to his fight with a pre-USADA Johny Hendricks. At that moment, Hendricks was one of the most spectacular knockout artists in the UFC with three knockout-of-the-night bonuses during a six-fight win streak that led up to the St-Pierre fight.

“Yeah, exactly. Just different stress,” St-Pierre replied. “Because when you fight you have only one shot. If you zig when you should zag you can get knocked out. It could be very bad for you.”

Acting isn’t as bad, “because they say ‘Cut! Let’s do it again’ but there is much less pressure.”

St-Pierre said every time he walked to the Octagon, he was terrified and uncomfortable, but thankfully he had a mean poker face. It’s always surprising to hear GSP reference this in interviews over the years since his walkouts were in the top 20% for energy levels throughout his career.

St-Pierre went on to say even with the difference in the kind of pressure he faces when it comes time to shoot a take, there are certainly similarities in preparation. Both require him to rehearse for the various outcomes he sees in his head.

“But when you get on set it’s not exactly the same as you imagine it. The setup is always different. Very often the reactions of the other actor are playing differently,” St-Pierre said. “So, to be successful, a successful fighter and a successful actor, I believe you need to be, like Bruce Lee said, ‘Be like water my friend.’ The best actors and fighters, I think they’re the ones that can adapt the best.”

Playing off his Bruce Lee reference, we asked what it was like to be such a major representative for traditional martial arts in this new platform where he plans to take the bull by the horns. St-Pierre credited Hollywood’s attempts to cast more authentically over the years with his chance to provide a platform to martial arts. It came down to the perfect timing of The MCU needing a ninja with a Quebecois accent that could pass as French to the less cultured ear.

“And I’m aware now that the career of an athlete has a limit, you know?” St-Pierre said. “We all have a window, and you can say I can play basketball, play football, play baseball, but you don’t play fight. And you don’t want to hang there too long in a sport like fighting because it could be very dangerous.”

As St-Pierre wanted to change the orientation of his career to focus more on acting, Disney contacted him to reprise his role in the MCU.

“I was thrilled,” St-Pierre said of the timing. “I felt very lucky that the stars were all aligned. And now I’m focusing on acting full-time. It’s been two years now that I follow classes. I improved my game, my acting game.” He emphasized he still has a lot to learn now that he has a lot more screen time. He expects fans to love what they see.

We asked St-Pierre how close we really got to the Khabib Nurmagomedov fight. It was widely expected to be the biggest UFC fight of all time if it happened.

“It takes three entities to make a fight. It takes one fighter, the second fighter and it takes the promotion. My contract is exclusive to the UFC,” St-Pierre said. “If I ever come back it needs to be in the UFC. And after I retired, we tried to make a fight with Khabib. He was interested, but the UFC clearly told us that they had other plans for Khabib. So that’s why it never materialized.”

We asked if it ever got to the point where weight was discussed since each man was the greatest in their respective weight classes of 155 and 170. He said it never got that far. A few years back, he would have made the attempt to cut weight to 155, but the older you get the harder it is.

But with the fight falling through, there is a certain sense of additional freedom on his journey. “But we’re not really free, we all work for someone. We always pay our taxes, you know? We never see 100%. We’re always victims of the causality of things that we need to do. We all have responsibilities.”

That being said, he admits the last time he had this much freedom he was broke.

“I did a lot of sacrificing. Now my life is much easier,” St-Pierre said. “Now I feel like the point that I am in my life, I’m more in control of things. And with the experience, I can improve without putting myself too much out of my comfort zone. There is a lot more freedom and much, much less stress. That’s what I like about my new life.”

On a final comedic note, back in 2013 St-Pierre got a lot of flak for saying he saw something in the sky he couldn’t explain on the Joe Rogan Experience. We asked if he ever expected the guy from Blink 182 would help prove him right? He laughed, noting everyone in the car that night was not a trained observer, but the pilots and officials we’ve seen in the years since coming out of the Pentagon speaking on the subject are.

“These [pilots] are trained observers. Their credentials are very strong,” St-Pierre noted. “I don’t know, we don’t know what it is. We don’t know if it’s maybe some secret weapon that you know that the army is testing or alien or other dimensional humans from the future we don’t know. I mean we can only speculate. But that there are UFOs, since it’s clear that there are things that cannot be explained.”