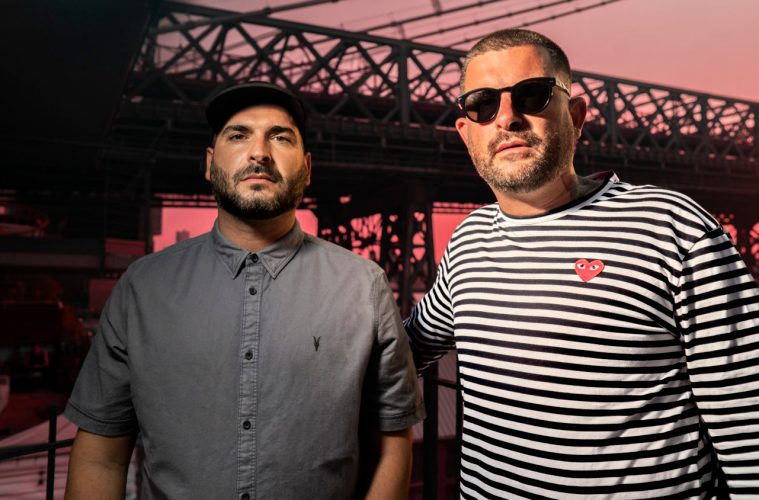 Black Caviar with Classy House EP: Black Caviar have been working together for about six years now, with the goal of having fun in their free time and releasing songs independently.

“Once our song ‘Coco’ started charting in the UK and it attracted major labels, we thought we should start taking it more seriously and find a good lawyer,” Troy Hinson tells us by email.

The NYC DJ/producer duo — Hinson and Jared Piccone — have known each other for a very long time just playing in various different hardcore and metal bands in the local scene.

“We’ve always loved house and hip-hop music growing up so it came natural to us to start playing with these sounds and styles as Black Caviar,” Hinson says.

Hinson describes the sound as rhythmic dance music with a house or EDM lean, sometimes closer to hip hop or latin.

“We have ADD with song writing which makes us constantly want to try different sounds or styles, and to try and keep pushing ourselves creatively,” he says. “I think one of the most important parts of our music is how the beat bounces and grooves with the bassline. Vocally we always look for something interesting that stands out.”

Despite the ongoing lockdown, Hinson says that things are slowly starting to open up in New York.

“Hopefully things get back to normal sometime this year,” he says. “We’re all vax’ed up and ready to party!”

The new release is the Rivington & Ludlow EP, which Hinson says is made up of revisited unfinished songs.

“We recorded these songs in my apartment in the Lower East Side,” he says. “When we were walking around taking a break or getting something to eat, we’d always walk by the corner of Rivington & Ludlow where the Beastie Boys shot the cover to their masterpiece album, Paul’s Boutique. That inspired our artwork and the vibe of the EP. One of our favorite songs on the EP is ‘Own My Own Masters.’ We always would laugh when rappers brag about unconventional things like always having fresh socks or sitting next to Vanna White on an airplane. We thought it would be fun to brag about making hits in your stu while keeping all the royalties and publishing. For the beat we went with an old school, breakbeat, Fatboy Slim kind of vibe.”
Black Caviar with Classy House EP: The Rivington & Ludlow EP is out now.