Written in Stone: The Studio for Lodging the Mind Opens at the Huntington – 洛杉矶周报 – 亚洲版

Written in Stone: The Studio for Lodging the Mind Opens at the Huntington 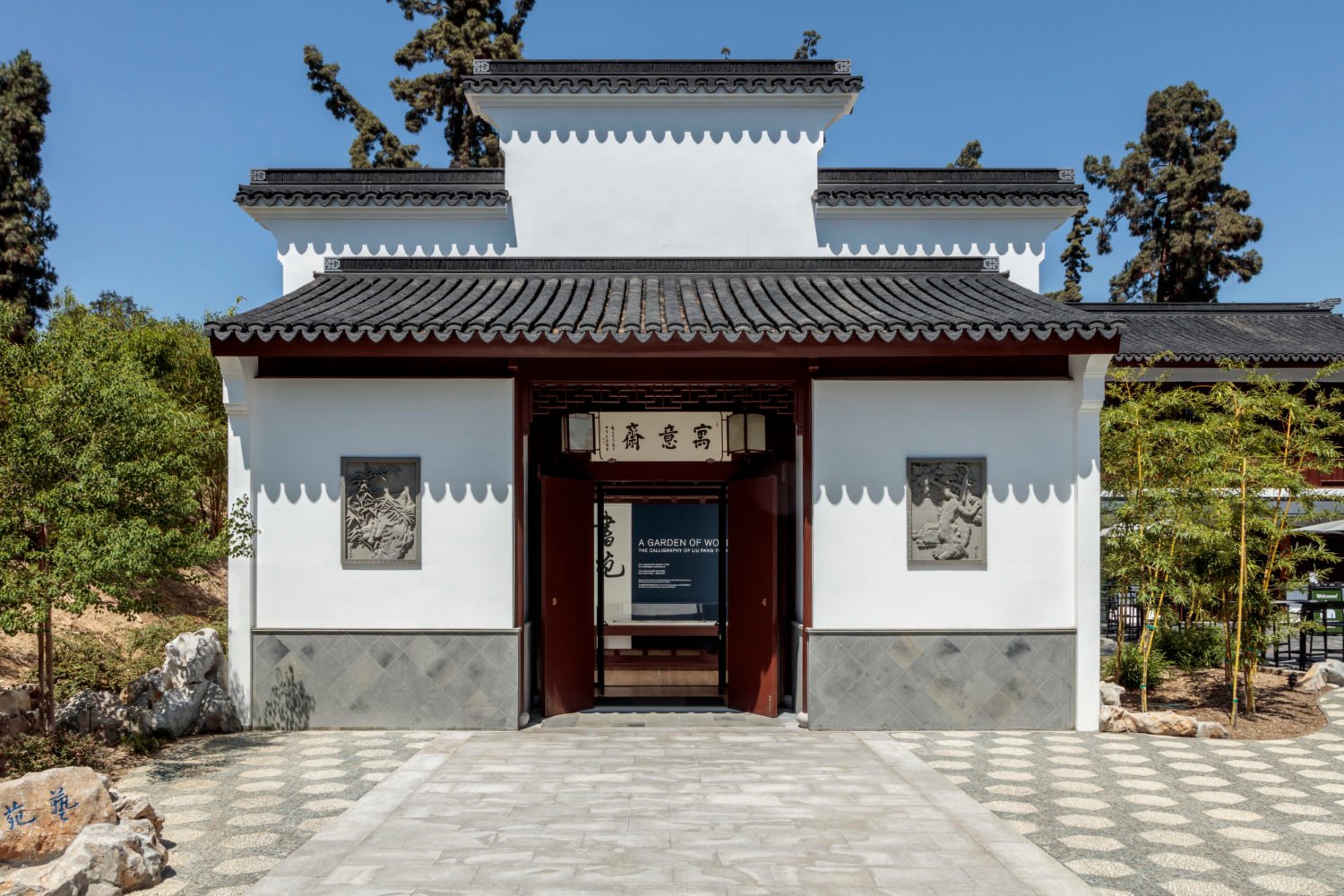 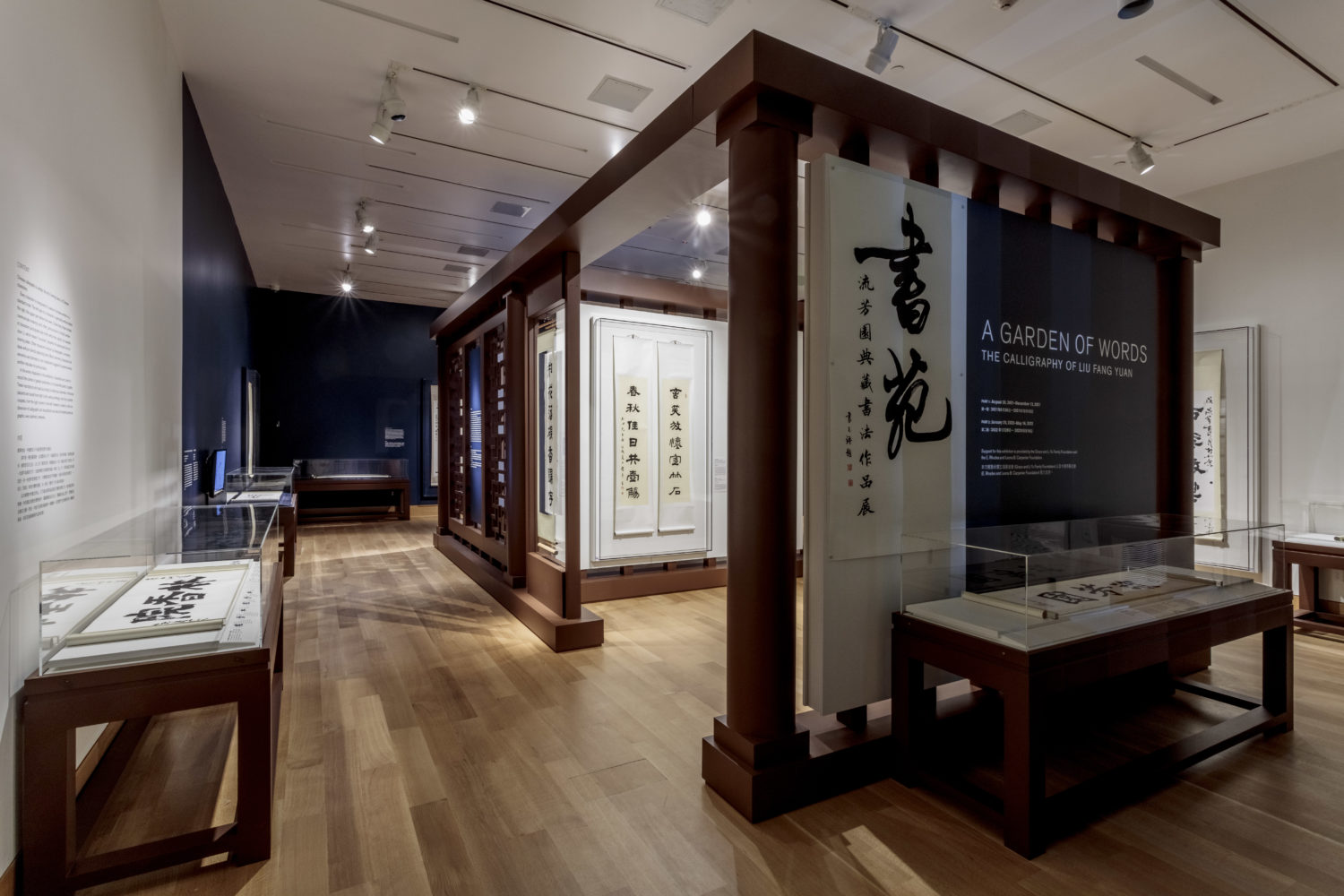 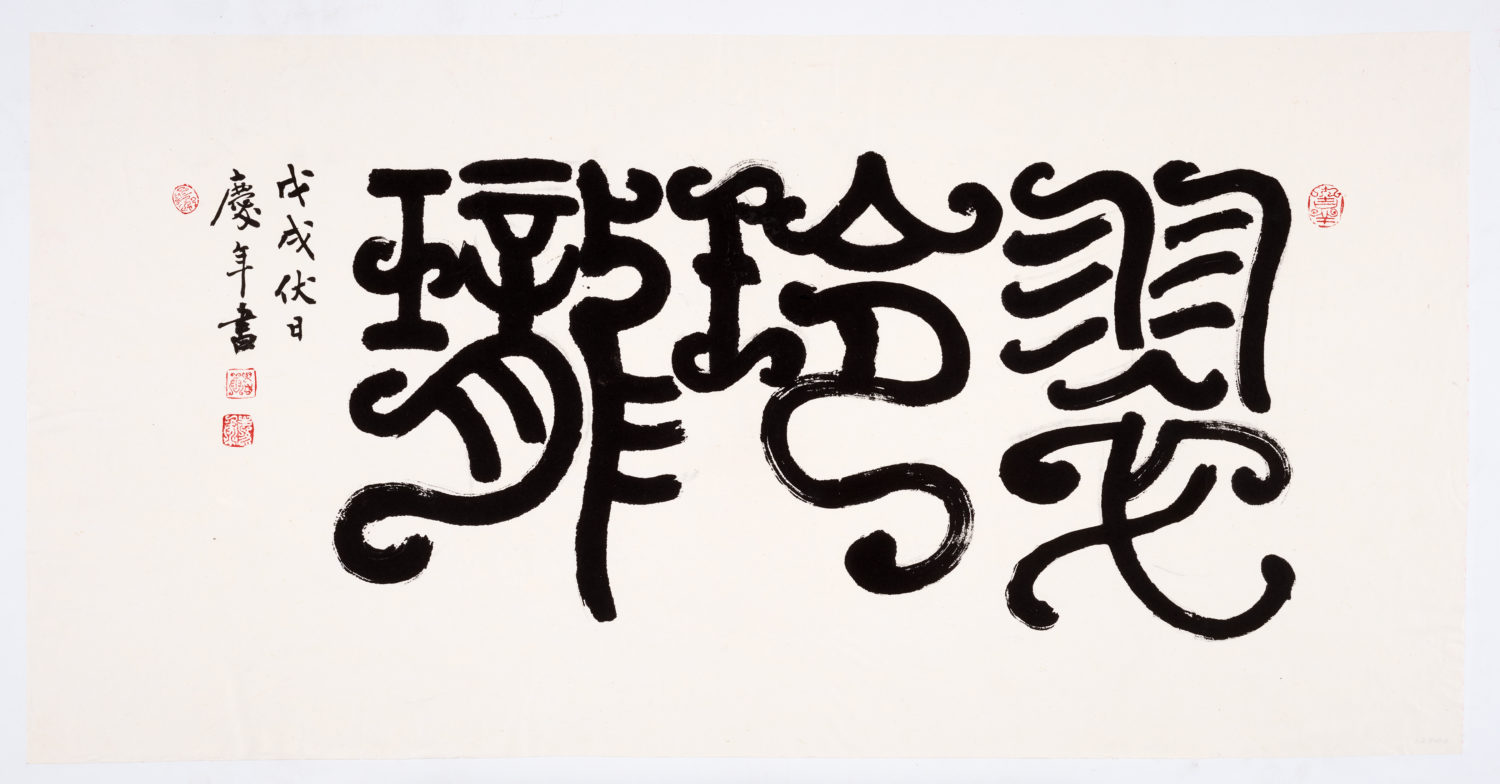 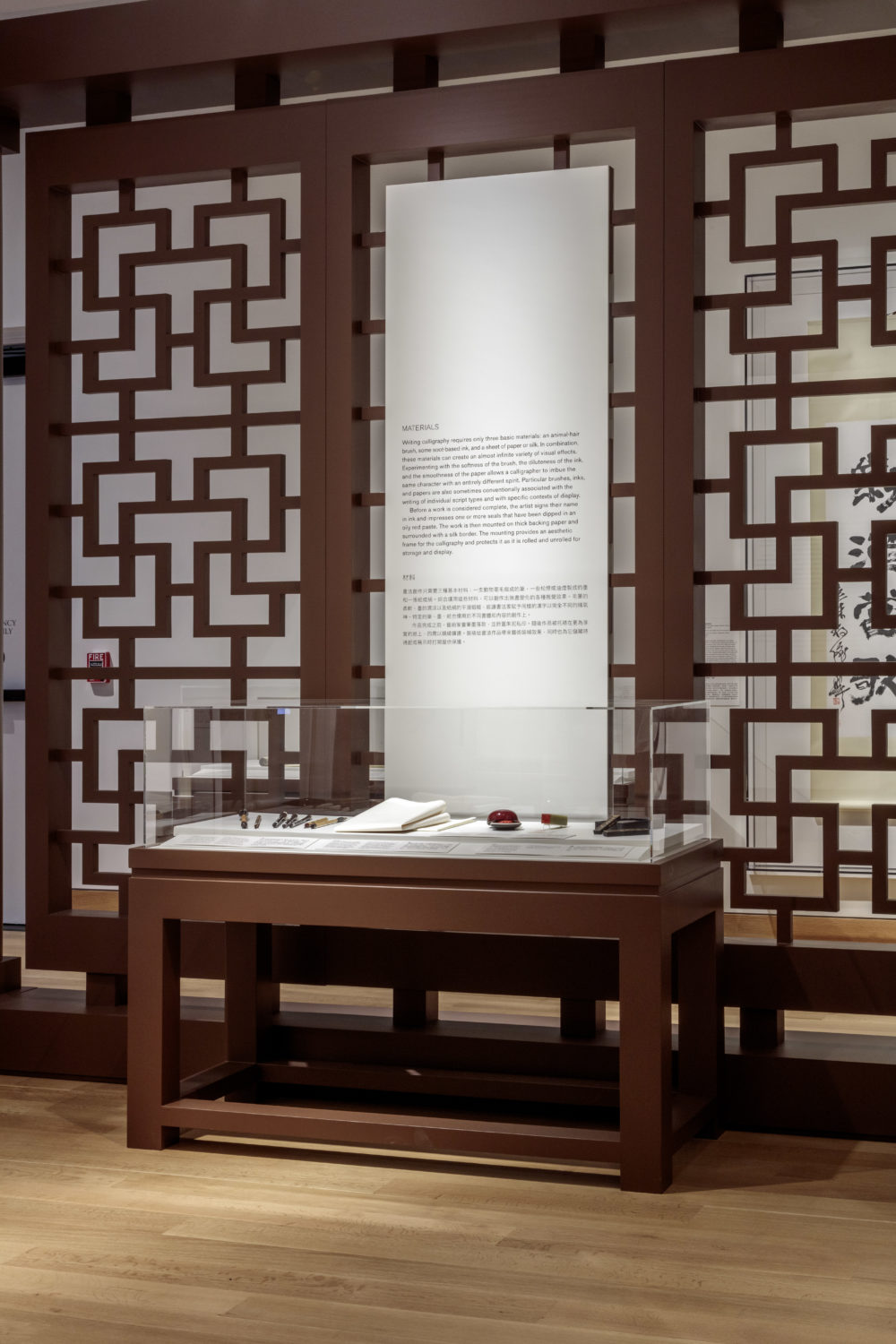 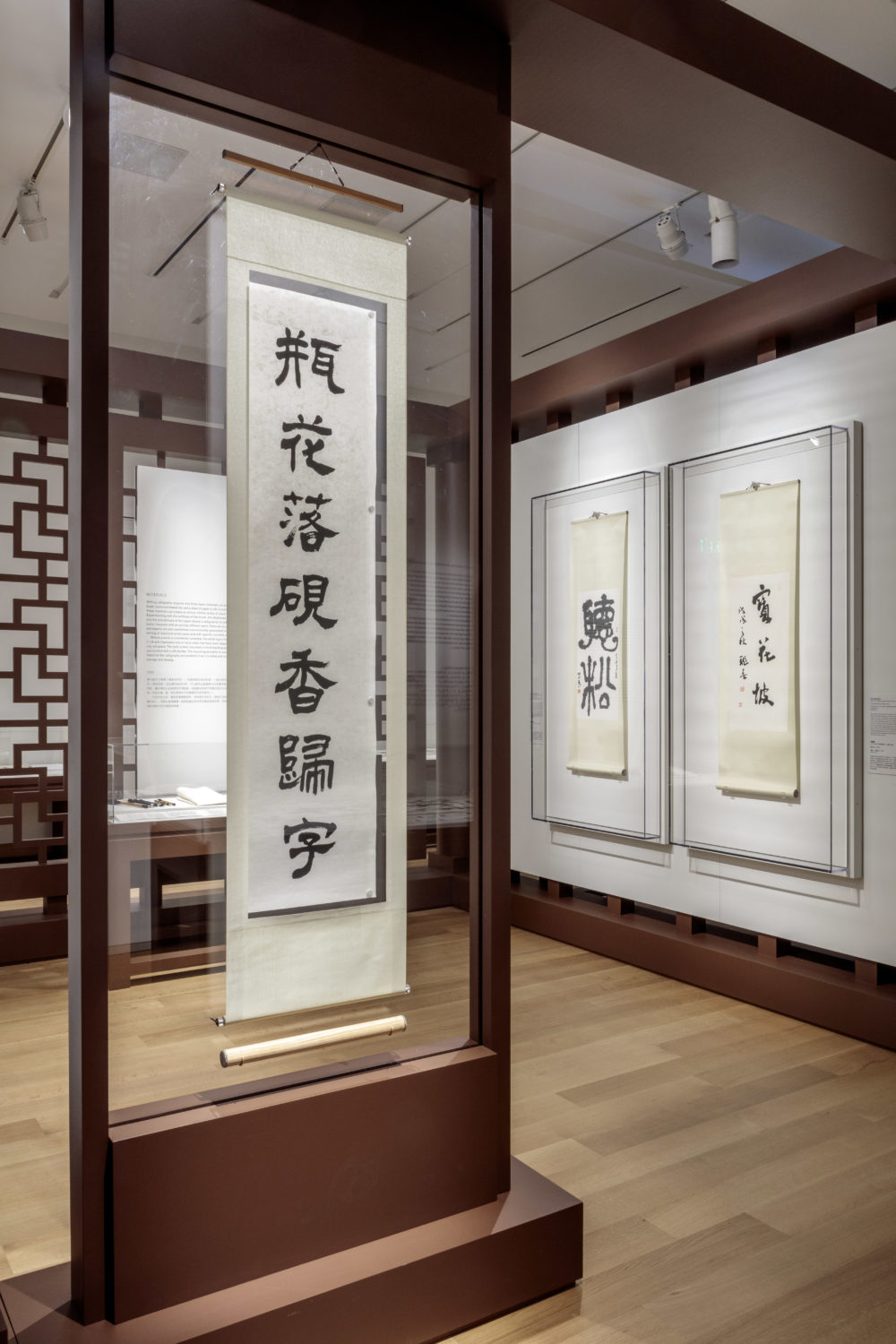 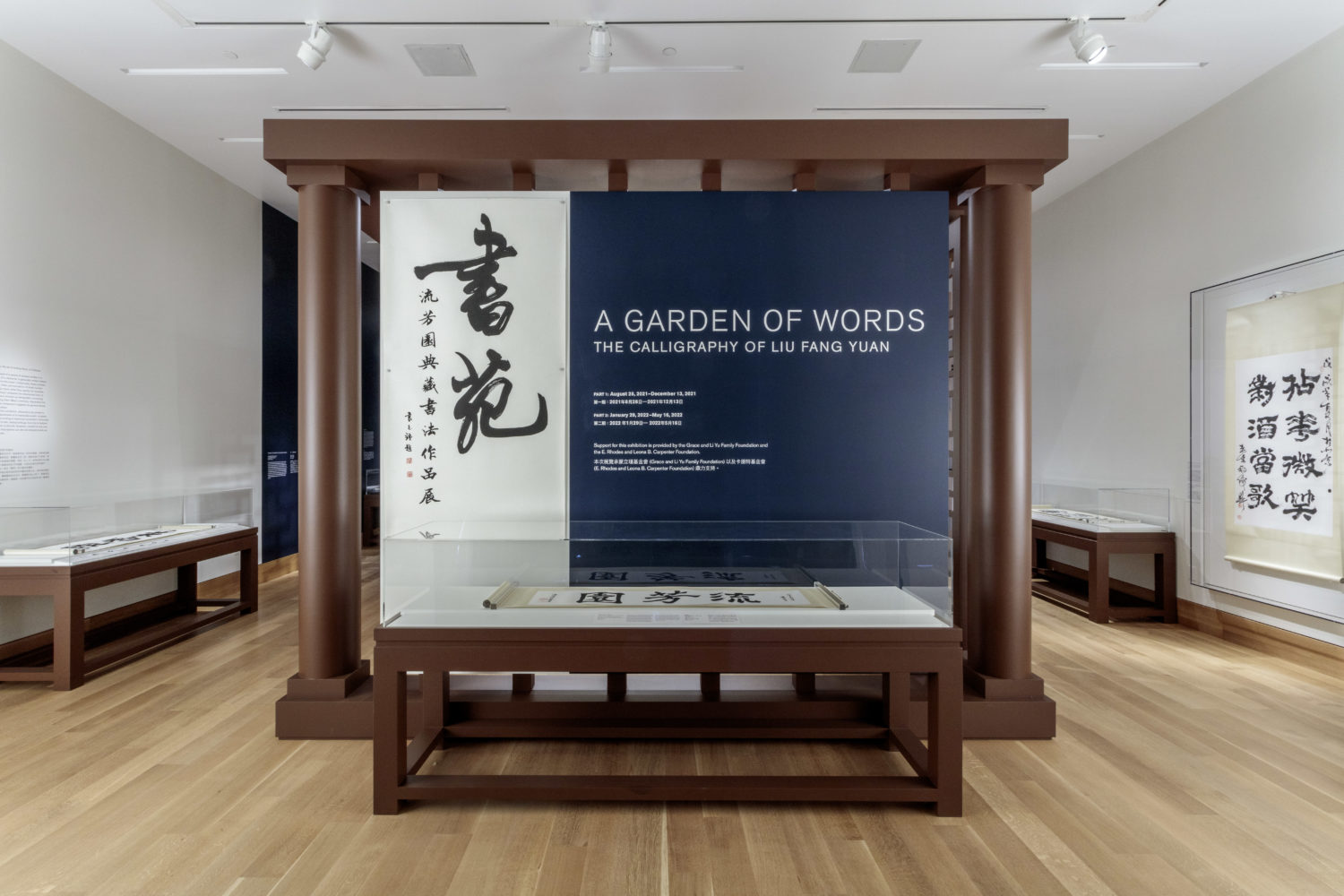 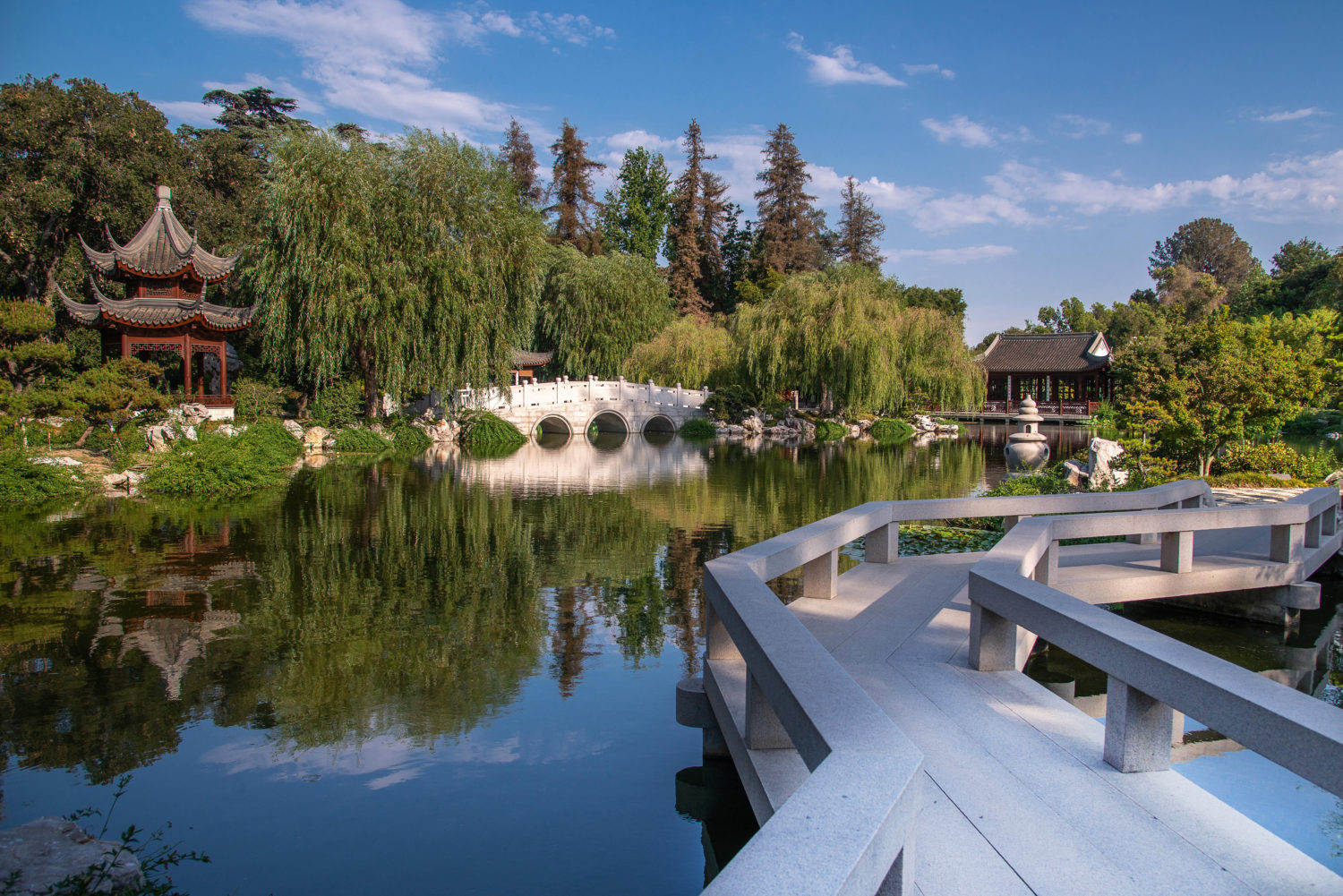 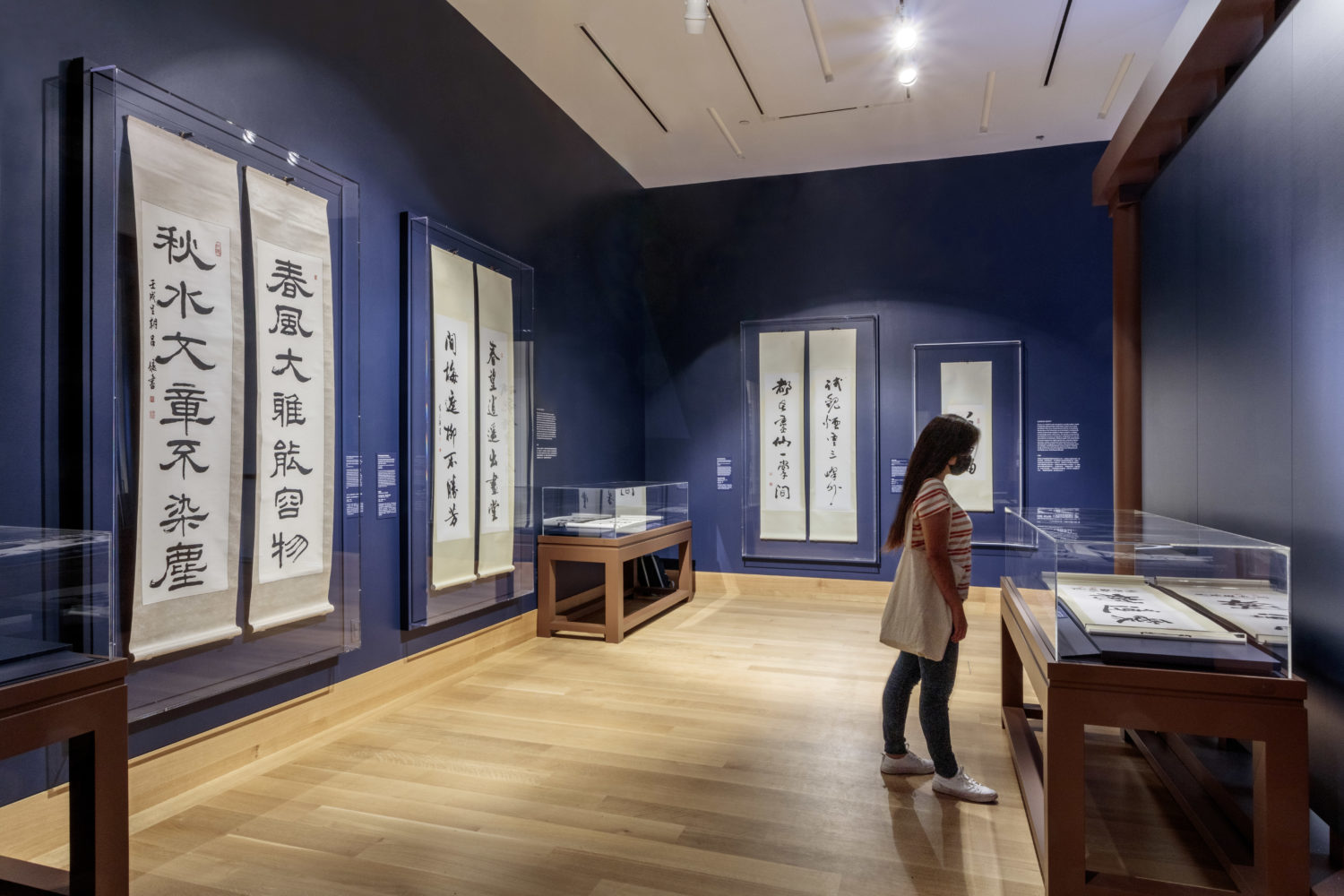 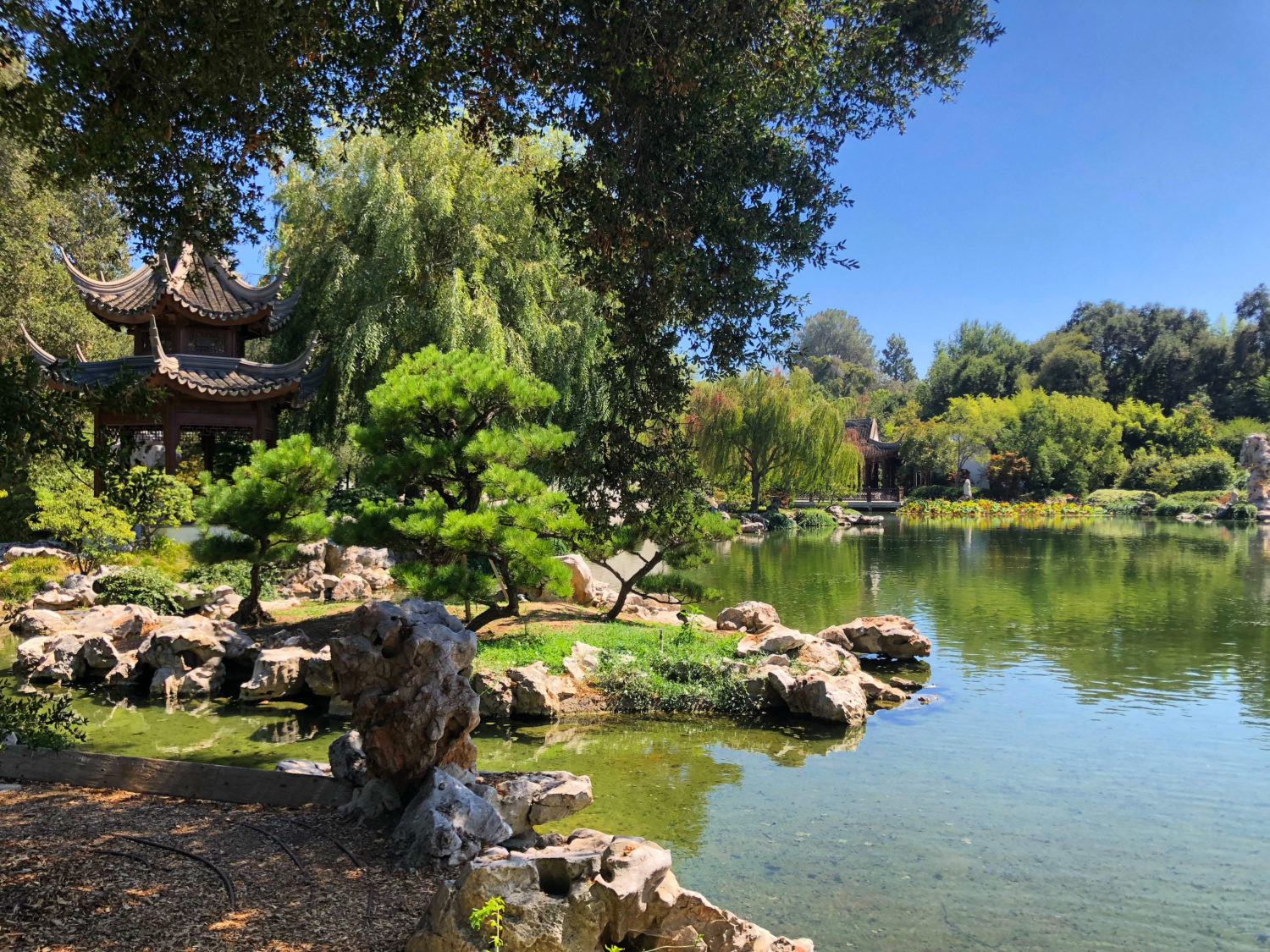 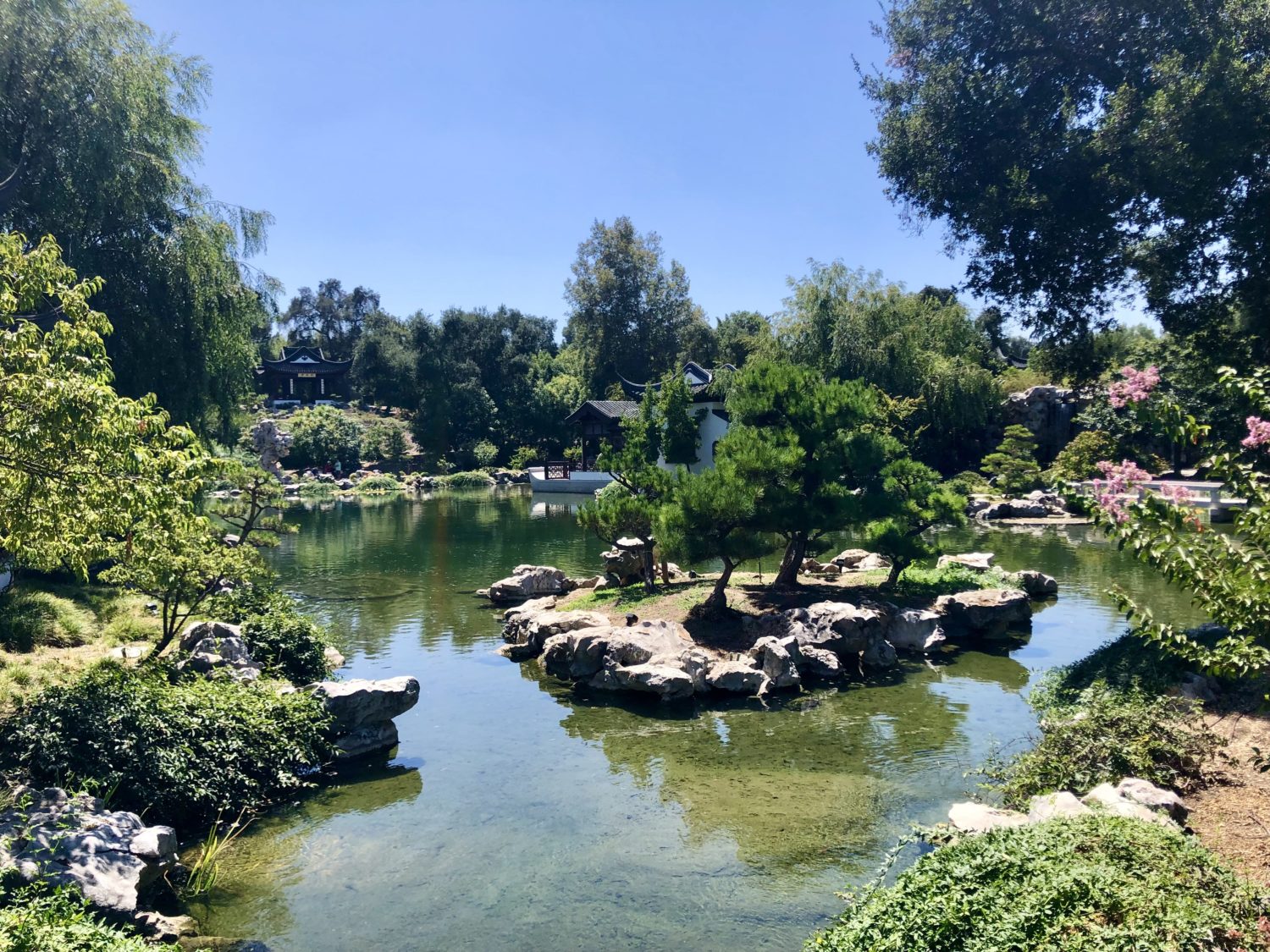 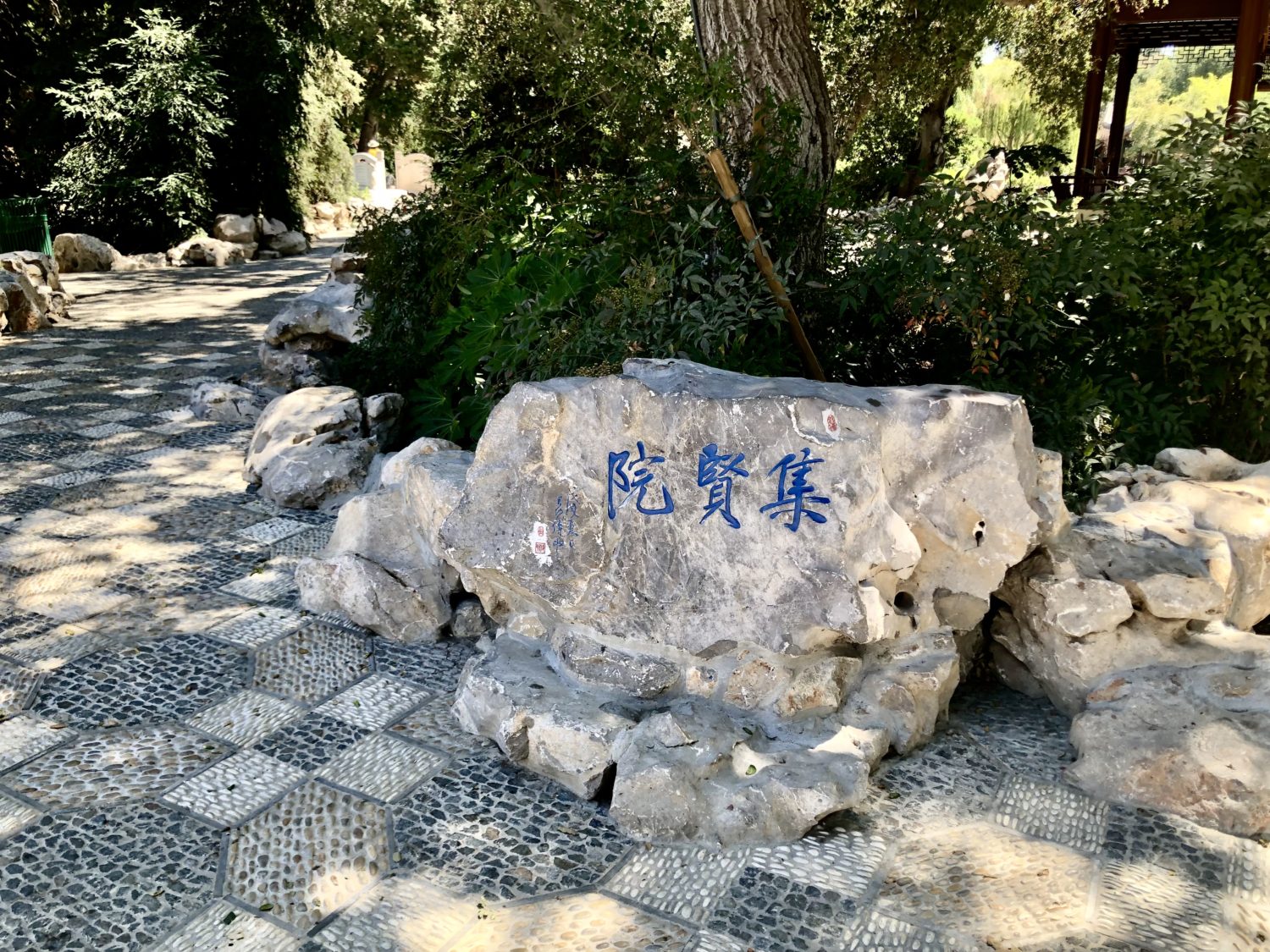 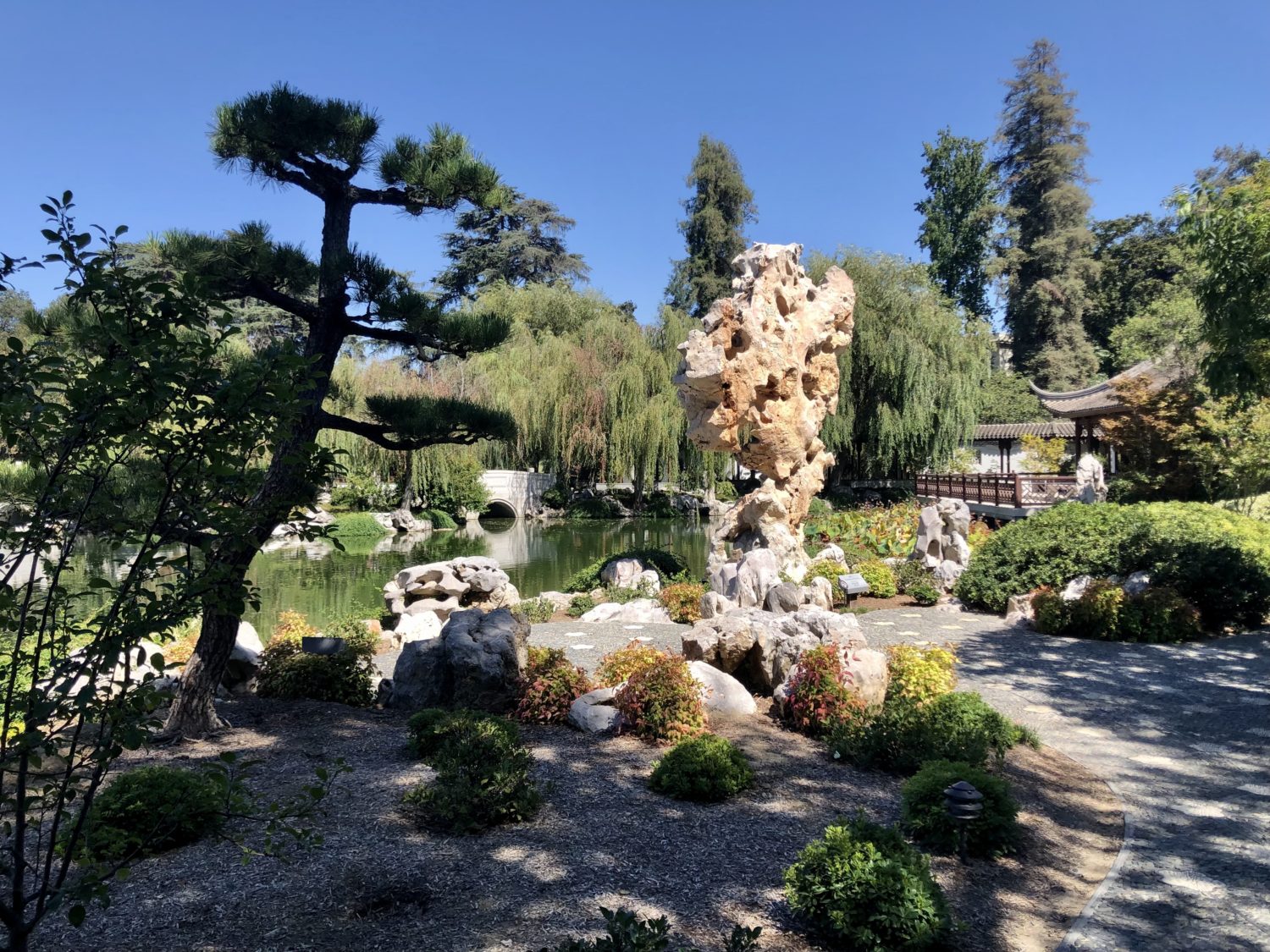 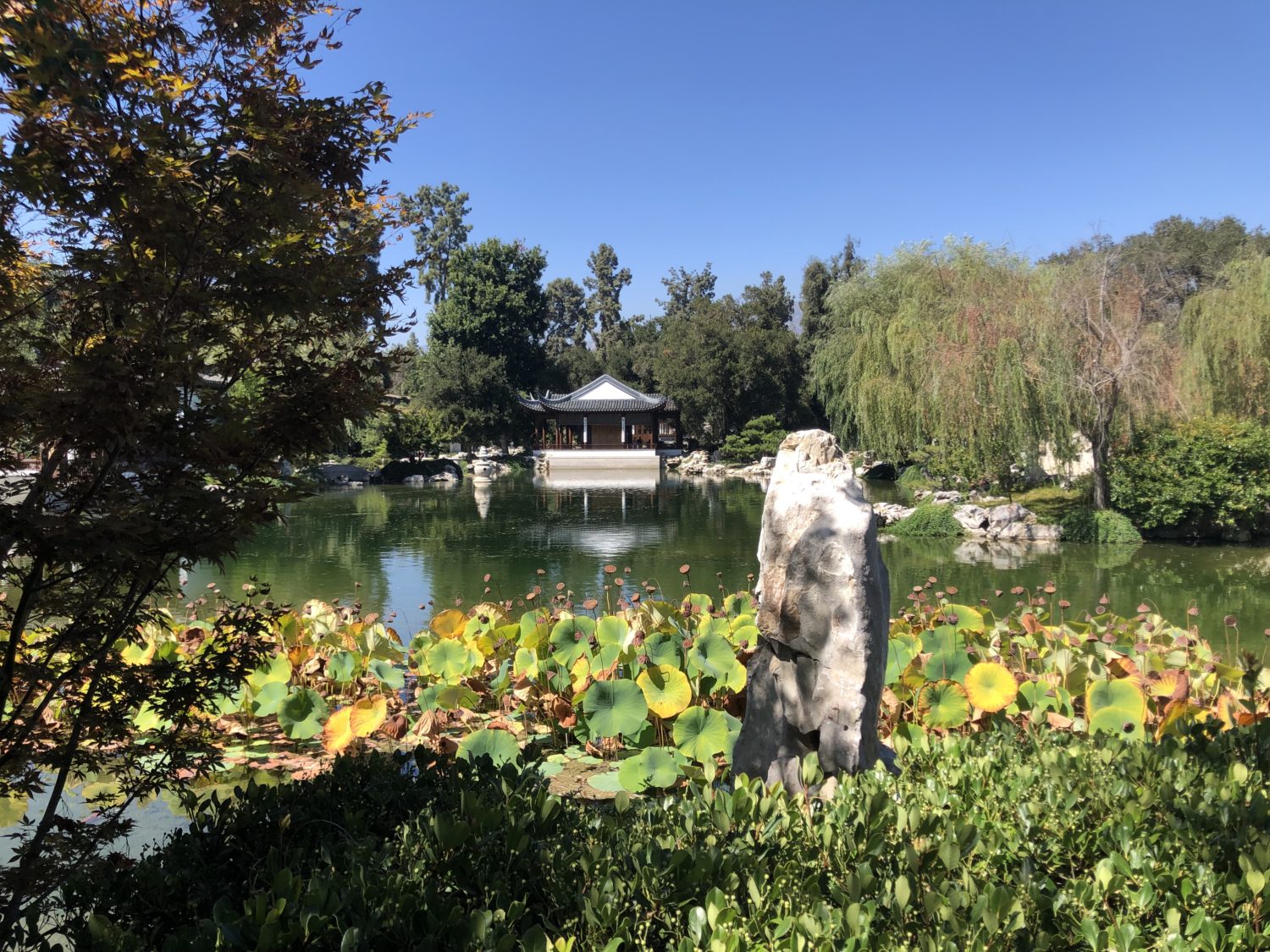 The Studio for Lodging the Mind and the Flowery Brush Library sound like vaulted study halls at a prophets’ academy, monastic and mystical chambers tucked inside a floating castle, or somewhere in the MCU where wisdom might be earned. Actually, this is not that far off. These are the evocative names of the newly inaugurated creative space and exhibition gallery at the Huntington’s Chinese Garden, where the debut exhibition A Garden of Words: The Calligraphy of Liu Fang Yuan opened to the public in August.

“Calligraphy is fundamental to a Chinese garden, but it is a feature that often goes overlooked by visitors, especially those who do not read Chinese,” said Phillip Bloom, the curator of the Chinese Garden and Director of the Center for East Asian Garden Studies. The Studio for Lodging the Mind’s new presence on the campus aims to correct that oversight; its debut coincides with the botanical and literary expansion of the grounds themselves. Its first exhibition is fittingly steeped not only in the centuries-old cultural practices that inspired the garden, but in the specific calligraphic elements of the location itself.

As is common among classical Suzhou-style gardens, Liu Fang Yuan has long been filled with text. Every building and courtyard is named and announced on written scrolls, and dozens of the impressive personality-filled rocks throughout the grounds have thoughts and poems written in Chinese characters inscribed on their surfaces. These calligraphic inscriptions were composed by more than 30 contemporary artists from mainland China, Taiwan, Hong Kong, the United States and the United Kingdom — all commissioned over the past decade and a half by the Huntington for this purpose. It is precisely a selection of the original works on paper made by 21 of these commissioned artists that is currently being exhibited in A Garden of Words.

Using this extended family of Huntington calligraphers as its starting point, the exhibition does more than reveal the creative process behind the beguiling rock inscriptions on site. As Bloom explains, the selection further illuminates four distinct entry points through which to gain a deeper understanding of calligraphy as both an ancient and a still-evolving art form — these are its messages, materials, core styles, and possible futures.

Beginning with a closer look at how content functions as both information and aesthetic — information and expression — in calligraphic/pictographic writing, the exhibition then examines the medium’s materiality through an in-depth look at the parameters for choosing its papers, inks and tools. Next, the show presents a concise lesson in the main stylistic typographical genres of calligraphy: seal, clerical, regular, running and cursive. Each has its own specific visual characteristics, which are themselves imbued with cultural references and defined by rules guiding their uses. By including several examples of the same text being rendered in different styles, the show demonstrates how meaning is affected and embodied and the emotional and narrative intentions of the artist expressed within their unique relationship to “the rules.”

Speaking of “the rules,” the final and most exciting element of the exhibition is a lively look at the practices of several renowned contemporary calligraphers, represented by captivating art works on view as well as by short videos playing in the gallery in which they explain their individual and often fraught relationships to tradition and innovation. Modern responses and updates to this most ancient and fundamental of art forms range from sampling classic works for new contexts, to playing with meaning through the linguistic/pictographic dimensions of the texts and written characters themselves.

The titles of the works and their translations give a sense of this range, from short but imaginative phrases like Xue Longchun’s “Jeweled Blossoms Slope,” and Lo Ch’ing’s “Listening to the Pines,” to others that are more esoteric. Many refer to well-known poetry or passages of lyrical prose like Chou Cheng’s “A flower from the vase falls onto the inkstone, its fragrance returning to the characters,” and Tang Qingnian’s “Relaxed talk and languid laughter are fit for bamboo and rocks; fine days in spring and autumn pair with cups and goblets.”

A companion pavilion facing the Studio, the Flowery Brush Library (笔花书房), is designed in the style of a 17th-century Chinese scholar’s studio — an enchanting wood and glass folly traditionally set in just such a garden as this and used for painting, poetry, music and of course, calligraphy. Writing demonstrations are planned for activating the new structure, beginning with a presentation by Terry Yuan on Saturday, October 16. In the meantime, its fine and intricate craftsmanship occupies the courtyard like a monumental craftsman sculpture and hints behind its broad glass windows and slatted shutters at the promise of a past revisited.

The first part of A Garden of Words: The Calligraphy of Liu Fang Yuan (书苑——流芳园典藏书法作品) in the Studio for Lodging the Mind (寓意斋) is on view through December 13; the second part opens January 29. For more information, visit: huntington.org.