Wishing Upon A Star? Where to Get Disneyland-Inspired Treats Until The Park Re-Opens – 洛杉矶周报 – 亚洲版 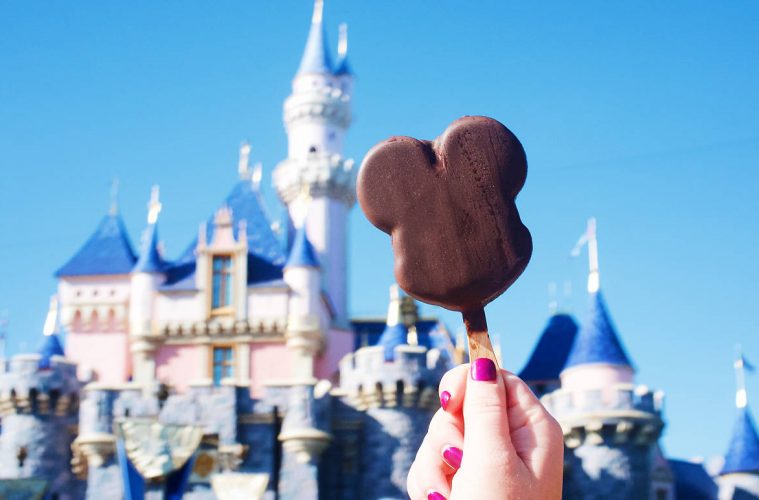 Wishing Upon A Star? Where to Get Disneyland-Inspired Treats Until The Park Re-Opens

Disneyland’s closure this year has been the longest in the park’s history. For many people, what’s missing from their lives isn’t just the rides and parades and the general feeling of magic in the air — it’s the iconic Disney treats, the ones you can only get in the parks, which taste better standing in line for Space Mountain than any other food possibly could.

For a little while this fall, Disneyland reopened part of Disney’s California Adventure Park, as an extension of the Downtown Disney shopping and dining district that’s been open since June. For that brief moment, Disney lovers had access to the park’s beloved turkey legs and corn dogs again. But now with the Southern California stay at home order, all dining is closed in Downtown Disney again, even quick-service kiosks.

But all is not lost. There are places all over Los Angeles that serve foods nearly identical to Disneyland. I should know: I scoured the city looking for the best versions of Disneyland’s most loved (and eaten) treats. Here’s where to sate the Disney craving outside of the parks.

First things first: Churros are the most important Disneyland food, full stop. You can get a Mickey-shaped cookie at Walt Disney World, but not a churro (at least, not a good churro — there’s one place in Epcot where you can get sad churro parts but you only have to make that mistake once). I start every Disneyland day with a churro for breakfast, and I am always happy about that life choice. The cinnamon and sugar treats from Mr. Churro, tucked away in the shops on Olvera Street, are a little bit more doughy than Disneyland’s churros, but they’re hot and fresh with the exact right amount of sugar and spice. To get closer to Disneyland’s gussied-up seasonal churros, get yours caramel-filled. I’m generally a churro purist, but the caramel was far and away the more delicious choice.  12 Olvera Street, Los Angeles. 213-680-9036

When the shop is started by two former Disneyland cast members, you know you’re in good hands. The Dole Whip pineapple soft serve from Hula Girls Shave Ice is, hands down, better than any other reproduction I’ve ever had — of which there have been many. (Unlike most other facsimiles, theirs is vegan like Disney’s.) Get the Dole Whip Float, with pineapple juice underneath, for maximum veracity. Hula Girls also serves seasonal, Disney-inspired creations like a Baby Yoga sundae and a Maleficent-inspired lime Dole Whip sundae with chocolate horns for Halloween. 16556 Bolsa Chica Street, Huntington Beach. 949-295-0292

It’s not so easy to find giant smoked turkey legs outside of Disneyland, but there’s one place in Long Beach serving them up on the daily — and they’re so popular at Handy’s Smoked Meats that they sell out often, so make sure you call ahead. The chef at this weekends-only place uses his family’s cooking techniques and his own rubs and sauces to make Southern-meets-LA smoked ribs, brisket, sausage and even fish. 4149 Long Beach Boulevard, Long Beach. 562-424-8300

Hot dogs might be my least-favorite food on the planet, but even I will admit that the corn dogs at Disneyland are second to none. The closest you’re going to find to those magical creations in LA is Myungrang Hot Dog, on the third floor of an outdoor shopping mall in Koreatown. The hugely popular chain in Korea serves up battered and fried hot dogs and sausages, sometimes covered in cubes of potato. On my first visit, I went with the all-mozzarella dog covered in potatoes, and I am still thinking about how outrageously good it was. 450 S Western Avenue, Suite 313, Los Angeles. 213-375-7518

Let’s be honest: Mickey pretzels are just regular hot pretzels. But the universal truth that everything tastes better when Mickey-shaped holds true of these carb creations, especially with cheese dip on the side. The Disney-owned El Capitan Theatre in Hollywood has been home to Disney movie premieres since the 1990s, and the concession stand serves actual Disneyland foods. During the pandemic, the theatre has been open on select weekends to serve Mickey pretzels to go — keep an eye on their Instagram to find out when that’s happening. Right now, El Capitan is offering Disneyland popcorn buckets, normally available only inside the park gates, and seasonal Mickey face masks. 6838 Hollywood Boulevard, Los Angeles. 800-DISNEY6

One of the most fun parts of being a connoisseur of Disney foods is watching the seasonal confections change. Sometimes, you’ll get lucky and be there on a day when there’s a special offering, like the surprise-release cake pop I once had to celebrate Minnie’s birthday. Sugar Babies Bake Shop in Sherman Oaks makes cake pops themed to Donald, Minnie, Mickey and more — as well as those omnipresent mouse-shaped crispy cereal treats, and Disney cakes. 4810 Fulton Avenue, Sherman Oaks. 818-385-1235

There’s nothing like sitting inside Trader Sam’s Enchanted Tiki Bar in the courtyard of the Disneyland Hotel and sipping a Tiki Tiki Tiki Tiki Tiki Rum while a magical volcano erupts in the background and a giant ship in a bottle sinks over the bar. But while Trader Sam’s remains closed, Strong Water in Anaheim scratches that itch. The tiki bar has that same magical feel (even if it doesn’t have the same special effects) with detailed backstories to every cocktail and artist-designed collectible tiki mugs. During the pause, Strong Water is still doing cocktails to-go and local delivery. 270 S Clementine Street, Anaheim. 714-829-4060