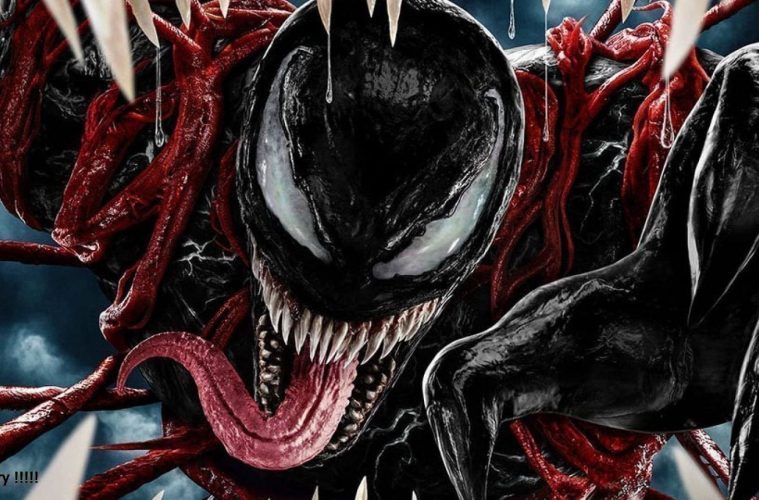 Venom is a Breakneck Brutal Bromance

Venom: Let There Be Carnage becomes the best unintentional rom-com to ever wear the Marvel banner. Directed by Andy Serkis, this second outing for the Venom franchise might have marketed heavily on the introduction of Carnage –one of the greatest villains in the Marvel Universe– but in actuality, the focus is the relationship between Eddie Brock (Tom Hardy) and his rambunctious sidekick, Venom (also Hardy). Their chemistry in the film exceeds expectations, even when other aspects of the film falter.

As a duo, Venom and Eddie have a more interesting relationship than Pepper Potts & Tony Stark and Peter Parker & Mary Jane Watson combined. They have their ups and their downs. They bicker about chores. They’re perhaps the most relatable couple in all of the MCU. The coupling surpasses the draw of the heavily-hyped Carnage and its host, the demented Cletus Kasady (Woody Harrelson), a terrifying serial killer known throughout Sony’s Spider-Man Universe (aka “The SSU,” as this is not a Disney-owned Marvel movie).

As for the plot, the movie delivers its story at a breakneck pace that seems more like an elongated trailer than a feature film. The movie practically attacks the audience, not giving viewers a chance to catch our breath or languish in the moment. In fact, there are no moments. There is no pause at all as the narrative hurries through the plot like a runaway train.

Harrelson really tackles the roles of both Kasady and Carnage- the homicidal butcher who happily and whole-heartedly bonds with his symbiote. For fans who eagerly awaited the big-screen version of the frenzied fiend, well, that wait continues. While Harrelson does a sufficient job, this version of Kasady opts to channel his portrayal of Natural Born Killers’ Mickey Knox instead of breathing new life into the Marvel malefactor. Even his on-screen relationship with Frances Barrison/Shriek (Naomie Harris) does more to hinder the traditionally unhinged monster, giving him a soft spot that comic-book Carnage would easily exploit. Also along for the ride is Michelle Williams as Anne Weying, who is given very little to do other than wait patiently to become bait in the third act.

Serkis does a proficient job of unfolding the love story between a man and his symbiote in the vigorous 90 minutes. Knowing a thing or two about crafting a performance from a MoCap suit (he famously played Gollum in The Lord of the Rings film trilogy and a slew of similar roles), his experience with large-scale CG spectacles helps make Venom an efficient outing, even if it lacks a distinct directorial voice.

Venom: Let There Be Carnage is a step up from its predecessor thanks to the often comic stylings of its dynamic duo, Hardy & Hardy. It will no doubt appeal to Venom and Spidey fans, and maybe people who park in theaters that only validate for two hours. But it plays more as a montage than a film, a greatest hits clip show for a feature we have yet to see, and probably don’t really need to.