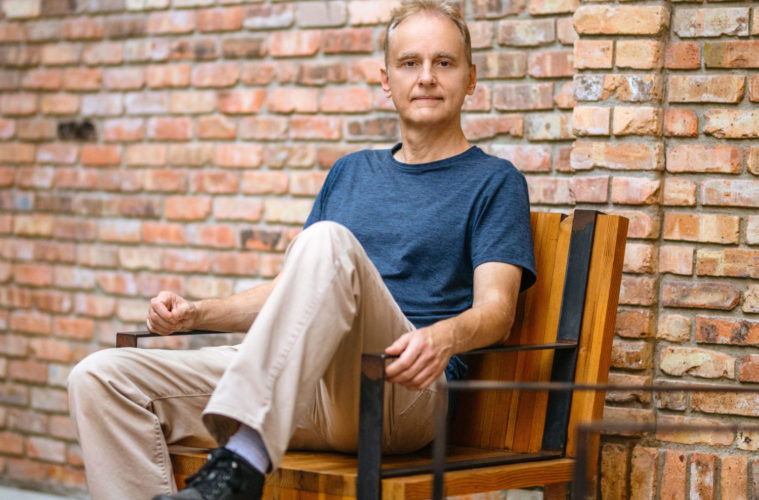 Paul Bojack deploys a cinematic aesthetic honed over a career as a filmmaker in a new art project, the innovatively composed and socially engaged, Your Reflection/Change of Direction, which goes live today, August 16. A series of vignettes that include the presence of the viewer in a kind of passive interactivity, Bojack’s refined and provocative settings use words, imagery, abstraction and the viewer’s own computer camera to prompt dramatic reconsiderations of the individual’s role in society. Made during a time of multivalent social upheaval and physical distance ameliorated out of necessity by technology, the project encapsulates the paradox of the modern shared experience.

PAUL BOJACK: I came to it late, in college. As a kid, I wasn’t all that interested in the creative arts, even though my father was a poet. Or maybe because my father was a poet. I wanted to go my own way, forge my own identity … do something that he didn’t do. Anyway, in my senior year of high school my mind began to open to the beauty and thrill of creativity and at some point in college I began writing bad short stories, then slightly better plays and then 6 or 7 years later I turned to film-making and most recently to new media/video art.

It’s about searching. Searching for new and unusual ways to explore beauty, anger, strangeness, sadness, love, fear, jealousy, hatred, mortality, and laughter. And then sometimes it’s just been about searching for a good dive bar.

I didn’t go to art school or film school. In college, I majored in psychology, then I did a master’s in experimental psychology. After that, I felt like that was enough school for me and I could learn about creativity and craft in other ways.

I grew up in New York City and moved to Los Angeles in my mid-twenties. Unlike a lot of New Yorkers, I took to it right away. Joan Didion called Los Angeles “the intersection of nothing.” I like that. And I like that people keep trying and failing to define it.

My upcoming show is called Your Reflection/Change of Direction. It opens on August 16. Today. It’s a web-based exhibit of moving image pieces that integrate your image with text, graphics, video, voice, and music. These elements are arranged to create an experience around you, evoking thoughts and emotions as you watch yourself on screen. I think it’s quite a unique experience. It can be seen at paulbojackprojects.net and it’s free. Use a desktop or laptop (it won’t work on tablets and cell phones). You will be asked to enable your camera. Click allow and you’re all set to go.