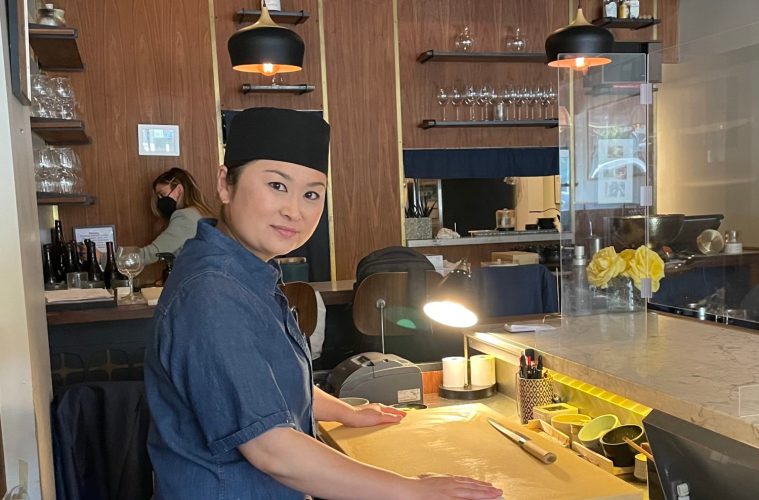 Michele Stueven5月 11, 2021
When Fuyuko Kobe was a little girl growing up in Iwate, Japan, she and her mother devoured hours of foreign films together at home. It was the springboard that made Kobe pick up stakes at age 19 and move to the United States to perfect her English speaking skills at California State University, Northridge.

After clinching a B.A. in  Electronic Media Management, the CSUN graduate never imagined she would end up as one of the few female sushi chefs in the world at one of L.A.’s most celebrated restaurants, Sushi Note in Sherman Oaks, one of Esquire’s Best New Restaurants in 2019.

But then little about Kobe – who never witnessed a female sushi chef growing up or even fathomed that it was an option for women – is traditional.

“When I came here, I wanted to study the film and TV industry and the business side of media management,” the mother of three under the age of 10 tells L.A. Weekly from behind the sushi bar at Sushi Note. “After that I went back and forth to Japan, debating where I wanted to work. I went to job interviews here and in Japan and ended up working for a Japanese import export company in the U.S. for about four years.”

It was then she met her future husband, Gilbert R. Gastelo, as well as her current boss, Sushi Note General Manager Aya Makino.

“We got married and then by the time I was pregnant with my first child I resigned and became a stay-at-home mom. After that, I needed to work again and applied for a server job at Sushi Mac in Sherman Oaks.”

One day while serving tables and amid a staff shortage, Kobe’s boss offered her the opportunity to follow her uncle’s footsteps and train to become a sushi chef. She declined the offer.

“Because there was some gender discrimination in Japanese culture at that time, jobs like this just weren’t offered to women,” Kobe says. “That’s just how it was, so I never imagined myself in that position. Not just a sushi chef but being a chef of any kind wasn’t something I’d ever considered. It wasn’t a woman’s job. They called me up again a few months later asking if I had changed my mind. I still needed a job and just said to hell with it, I’m gonna give it a try. They trained me in basic skills for a good three months and that’s how I started.”

After taking that leap of faith 10 years ago to pursue the unimaginable, it launched a culinary journey in the highly competitive world of sushi under the mentorship of celebrated chef Kiminobu Saito. Kobe says that she has been welcomed on her path by fellow chefs in the male-dominated field. According to the Tokyo Sushi Academy, women make up less than 10 percent of sushi chefs

“The men I’ve worked with here have been very welcoming and supportive and I haven’t had to face any discrimination head on,” the Japanese native says, who is trying to grasp the current anti-Asian hate crime climate.

For her American-born friend and co-worker Makino, who is in charge of the women-led team, hate is a different story.

“It broke my heart to tell my mom, ‘I’m sorry, you can’t go buy your favorite bread or your rice because I really don’t want you to go to a Japanese town like Sawtelle or a market and God forbid something happens to you,’” says Makino, whose mother is Japanese and father Mexican. “I can speak the language and understand what’s going on, and now I have to explain to my mother why people are yelling at her.” 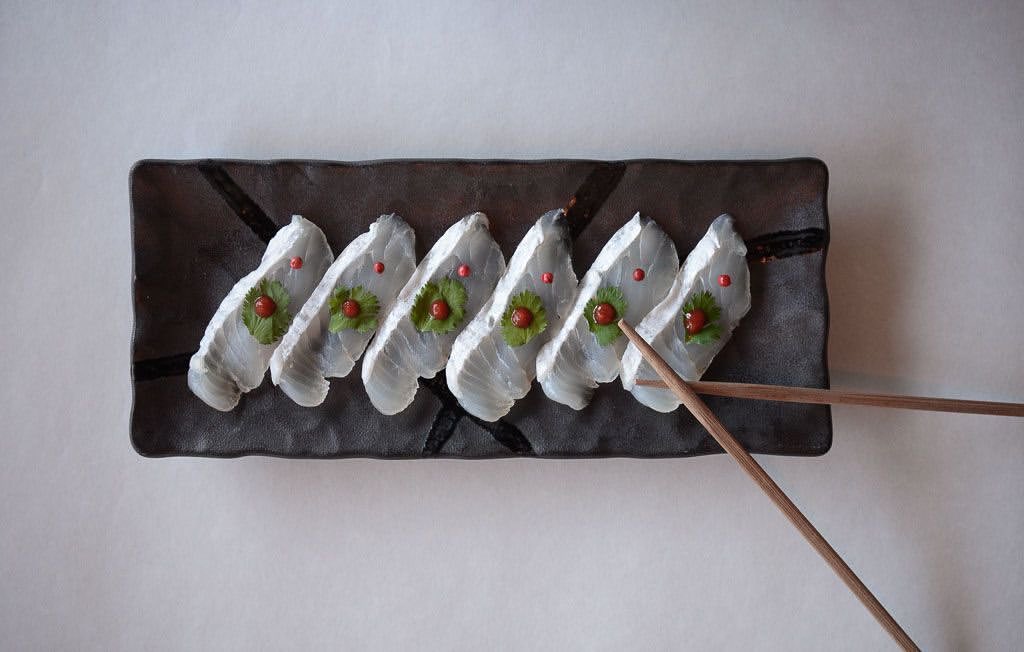 “But more Asian people are speaking up now. It’s a good thing but at the same time very scary,” Makino continued. “Keeping to yourself is a very Japanese cultural mentality. You can contribute to society, but don’t make any problems for anybody.  It’s something my mother has instilled into me my entire life. Whatever country you’re in, you contribute and work hard for the simple purpose of making everyone else’s lives easier. When everyone else is happy, then you’ll be happy. I think it’s a shame that so many Asians have that mentality of working hard for the sake of someone else. They’re small microaggressions that aren’t worth fighting over, but it’s constant and cumulative. It’s great that people are speaking up now, but I think culturally it’s been this punching bag kind of a joke that everyone has been making but nobody ever speaks up about. Move on, it’s not a big deal. Then it escalates into a big deal. I’m so happy that people are voicing up about this and am excited to see what this young Asian generation is going to do for our communities with this movement.”

Kobe has found her place here managing a family and a job she respects. She loves teaching customers about traditional sushi eating protocol, the true meaning of ginger as well as experimenting with yuzu and constantly learning under the tutelage of chef Saito.

So is there a difference between male and female sushi chefs?

“There’s an old wive’s tale that says women’s hands are warmer than men’s so it’s not good for making the sushi,” says Kobe. “I don’t think there’s much of a difference. Personally, I think I’m more precise and like to have things done in a certain way, and at the same time be a little more graceful and open as well as more flexible. Look, if I was traditional, I wouldn’t be here in the U.S. My mother brought me up differently.”