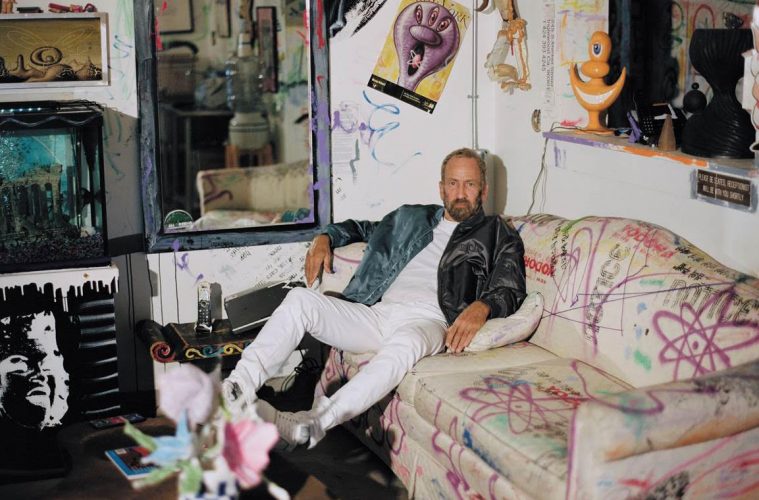 Kenny Scharf’s unmistakable technicolor and moody street and cartoon surrealism were integral in the revolution in American Pop art circa 1980. On New York’s Lower East Side, along with Basquiat, Haring, and Warhol, Scharf was a star player at the exuberant avant-garde apocalypse party. Today, he’s a beloved figure here in his hometown of Los Angeles where he never stops working, increasingly sees a rebound of international attention, and still paints friends’ and strangers’ cars for free outside crowded art galleries. 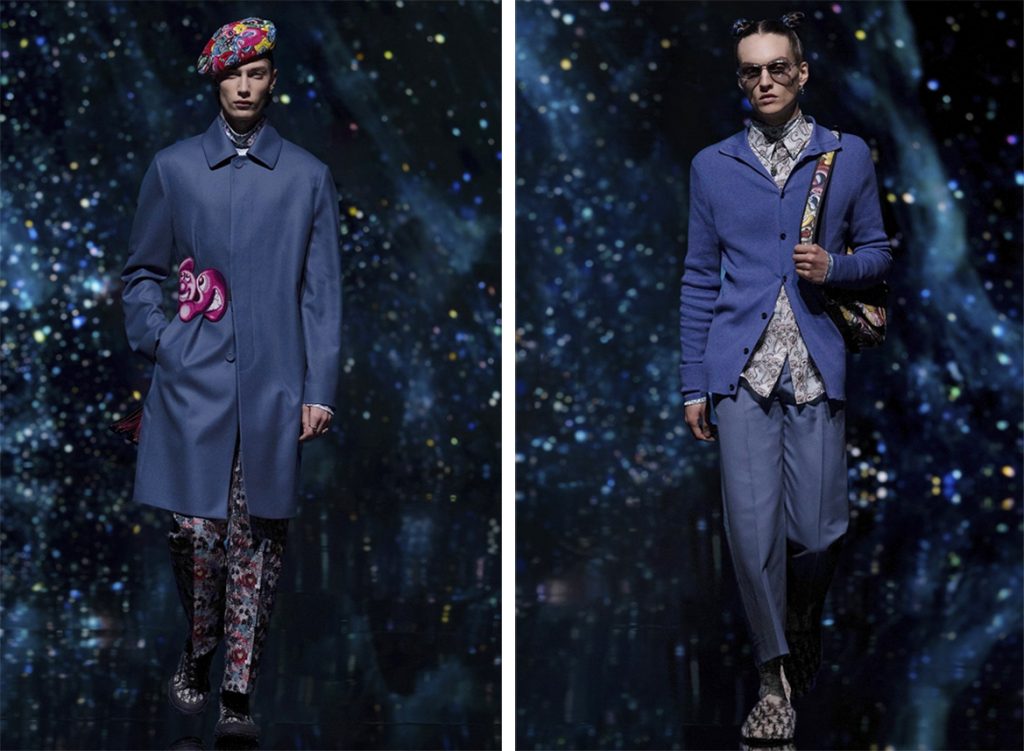 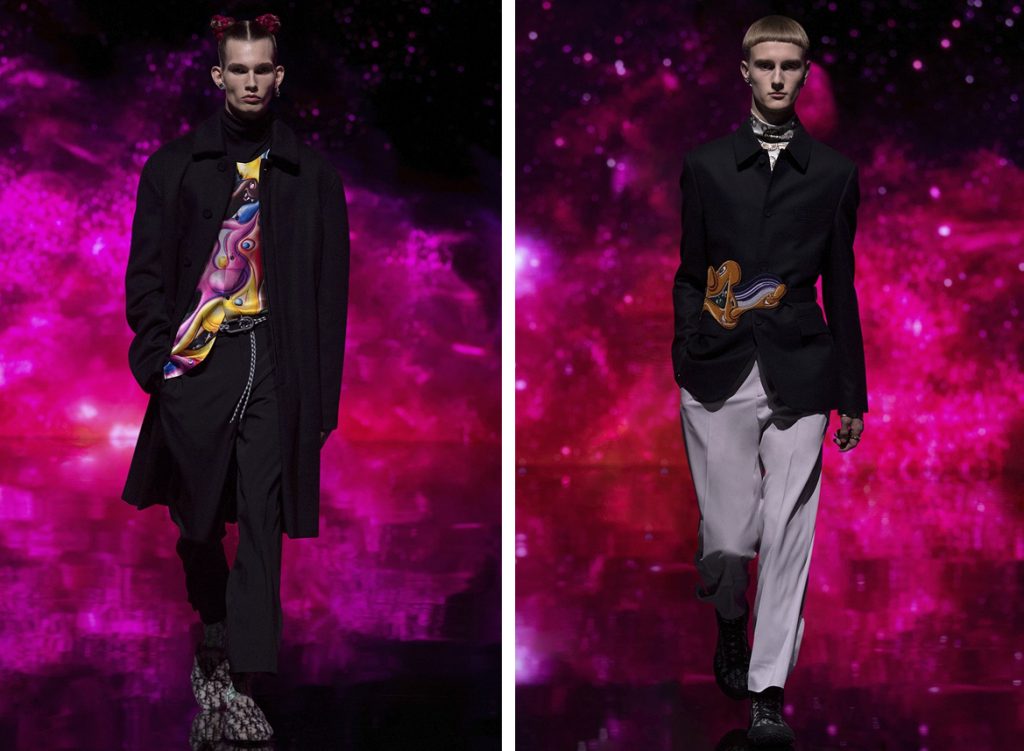 These cars and his prolific murals dot the Los Angeles landscape; he’s been showing new work regularly with Honor Fraser in L.A. and both new and surveyed work in museums around the world. But even with a revived global fan and collector base, still no one loves him more than his family. For proof of that, it’s his daughter Malia Scharf who with partner Max Bosch wrote, directed, and spearheaded the completion of this affectionate documentary on her dad’s life and career. Spoiler alert: she thinks he’s awesome.

Kenny Scharf with his daughter Zena Scharf in 1984

Kenny Scharf: When Worlds Collide was made over 11 years — benefitting as well from the loose-end archives of a handful of previous attempts at a Scharf documentary — and thus features interviews and a vast treasure trove of performances, interviews, art world fanciness and candid moments in the studio and en famille footage from a variety of perspectives. We see archival video and hear directly from a range of colleagues, experts, and co-conspirators including Andy Warhol, Jean-Michel Basquiat, Keith Haring, Ed Ruscha, Ann Magnuson, Dennis Hopper, Yoko Ono, Kaws, Marilyn Minter, Robert Williams, Carlo McCormack, Linda Yoblonksy, Fab 5 Freddy, and Jeffrey Deitch.

The film begins with the artist’s upbringing in the San Fernando Valley and his escape to New York in the mid-late 1970’s, where he forged the most formative personal friendships and professional allegiances of his life and first began to properly discover what his voice and vision were all about. Following a whirlwind but proven lifelong romance with his wife and their sojourn in Brazil, Scharf returned to New York expressing a deep love of nature that balanced itself with his penchant for the plastic cartoon Cold War era.

The tragedy of the AIDS epidemic decimated his creative community and claimed the lives of many of his dearest friends, including, in 1990, Haring himself. Scharf moved his family to Miami during this dark time, in an attempt to escape the pain perhaps, but this also resulted in a sudden and prolonged period of artistic (in terms of the art market at least) ebb. Through it all he never stopped painting, collecting, salvaging waste, experimenting with materials, reimagining form and narrative, playing with the vast cacophony of visual culture like a Vitamix in his brain. Eventually, the Scharf family moved to Los Angeles, and a sense of home or something like it clearly settled in, and life and work got back on track.

Kenny Scharf with his daughter, Zena, and wife, Tereza, in 1984, posing in front of Scharf’s artwork in Bahia, Brazil (Photo credit: Oliver Sanchez)

That’s where the documentary really picks up. It’s great to see the proliferation of video of the legendary Lower East Side world coming to life — insane performances, mythologically hyperdeocrated studios, poetic urban blight, the emergence of graffiti and street art as undeniable cultural forces, the co-emergence of pop surrealism as an ultra-contemporary form of accessible storytelling. But it’s especially compelling to have Scharf there on camera to explain himself — to state in his own words what realizations he’s come to over the years about what makes him tick and what’s happening in his work.

He speaks of his persistent case of pareidolia — a condition that causes a person to perceive human facial features in inanimate objects everywhere, and for Scharf, to assign these things individual personalities. He speaks of his style being rather genre-fluid, defining itself by all the places in which it doesn’t fit. He’s obsessed with collecting plastic garbage, with transforming what might be ugly or at least ignored into images, objects and architectural environments that are wondrous and sometimes even beautiful. He knows some folks think he’s a nutter, even the folks that love him the most, and he’s fine with that. He is committed to always working with the power of chance and intuition — which is kind of how he’s lived his life. He thinks, and the filmmakers make a convincing case in agreement, that now may well be his time… again and at long last.

Watch on demand via kennyscharfmovie.com, on all your favorite platforms.