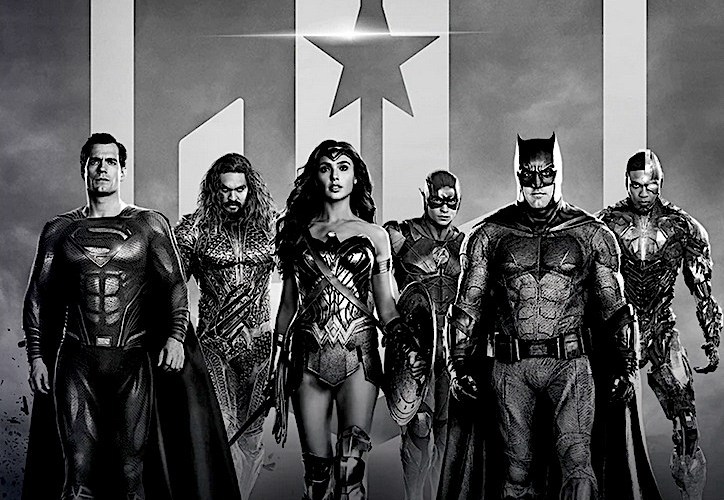 Brett Callwood3月 23, 2021
As highlighted in last month’s Wandavision/MCU cover story, Marvel has done a phenomenal job of creating a cohesive, integrated cinematic universe that incorporates movies and TV shows across multiple streaming platforms. The Marvel Cinematic Universe saw an expansion when a deal was made with Sony to allow Spider-Man to join in the fun; then television properties were introduced, first via Agents of Shield and the Netflix shows (Daredevil, Punisher, etc), then via Disney+ content. Now they have the rights to the Fantastic 4 and X-Men back in their hands, and it’s all going swimmingly well.

Not so for the other one of the “Big 2.” In contrast, DC has dropped the ball in an extraordinary manner. It’s particularly strange because those Christopher Reeve Superman movies, and later the Batman films directed by Tim Burton, showed the world just how epic (and high-earning) DC comic book movies can be.

The Fox-produced X-Men and Fantastic 4 films are a mixed bag to say the least. But once Marvel started creating their own movies, starting with the MCU Phase 1 and Iron Man, they were flying. DC, on the other hand, rebooted Superman and Batman numerous times with mixed results, gave us the incredibly awful Catwoman, tried to force in a Ryan Reynolds Green Lantern movie, and didn’t really seem to know what they wanted to do. The Chris Nolan Batman trilogy is great, but it’s stand-alone. DC insisted that they were more interested in individual stories than trying to ape Marvel’s universe. They tried anyway and have failed spectacularly ever since.

The DC streaming channel doesn’t exist anymore, and the popular content has moved to HBO. But what to pick from? An OK Superman movie (Man of Steel), or the disappointing Superman Vs. Batman: Dawn of Justice? The first Wonder Woman and Aquaman were good fun, but they were cloaked by a very dark Joker and a very light Shazam. There’s a whole other DC world on the CW channel, which even screened an ambitious multiverse arc. But regular viewers were left confused. Nobody knows what DC wants to be, least of all DC.

All of which serves as an introduction to the revised version of Justice League that premiered on HBO Max this weekend.  Zack Snyder originally directed the movie but had to step away from the project due to the tragic death of his daughter Autumn, with Joss Whedon taking over. The resulting theatrical cut of Justice League was perhaps predictably a mess. The plot seemed forced and rushed, and characters superficial — the reviews were unsurprisingly harsh.

Since then, fans have been clamoring for the original Snyder cut, which we finally got on Friday. Clocking in at four hours, we now have the Justice League film that the director intended. It’s a lot, lot better than what we were presented in 2017. But let’s be clear, it’s still far from perfect.

The plot, involving a fairly obscure villain called Steppenwolf paving the way for big bad Darkseid by collecting mother boxes that will scorch the Earth, is familiar. (Umm, nothing at all like the infinity stones that will cancel half of existence). We only get a Darkseid cameo, which is a shame but one has to assume that it’s leading up to a sequel. Steppenwolf is far more barbaric here than in the first cut — we get some gruesome axe work. He’s still a touch obscure, but he’s evil enough to get by.

Three of the hours are spent waiting with Batman, Wonder Woman, Cyborg, Flash and Aquaman for Superman to show up. They all do their best, bless ‘em. But after a short while, you can’t help but feel sorry for them. And this is five of the most powerful beings in existence.

The performances are as they were in 2017: Ben Affleck is an underrated Batman, actually perfect for the role of an aging billionaire and vigilante. Gal Gadot (Wonder Woman) and Jason Momoa (Aquaman), as has been highlighted by their recent solo outings, suit their roles magnificently too. Ray Fisher, despite his ongoing complaints about the whole experience, portrays Cyborg as a soul in agony, while Ezra Miller is a comic-accurate wise-ass as the Flash. Henry Cavill’s Superman broods his way through the last hour. Elsewhere, Jeremy Irons shines as Alfred Pennyworth and Amy Adams’ Lois Lane plays a key role in bringing back Big Blue. The performances haven’t changed, but the expanded run time allows all of the cast a little more time in the sun.

It’s a lot better than Whedon’s take. The pacing is great, which seems a strange thing to say about a four-hour movie. In fact, the time flies. The dialog is a little clunky, but no more than any other comic book movie (even the best Marvel movies have hammy chatter). The back stories, particularly of Cyborg, are moving. The battle scenes are largely convincing (even if the slow-motion Flash scenes get to be a bit much). And the end is satisfying.

The short scenes near the end involving Ryan Choi (a future Atom), Joker, Lex Luthor, Deathstroke and, best of all, Martian Manhunter, are a huge thrill too. But a Justice League without a Green Lantern? That needs fixing.

Zack Snyder’s Justice League will be analyzed to death because of the inferior version that preceded it. But it stands as a testament to what DC can do when they get their shit together. It shouldn’t take a massive fan campaign to force them to release a good movie, but it did. Will they learn from their mistakes? Probably not. But Snyder’s cut should give DC fans some hope.