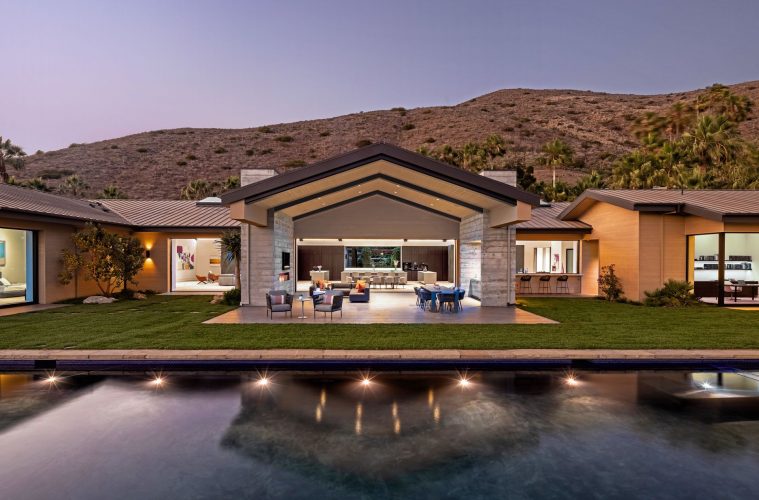 A Malibu, Calif., spec home built with recycled concrete and sustainable timber is hitting the market for $32 million.

The roughly 14,400-square-foot modern ranch-style house has all electric appliances and mechanical systems, and comes with an organic vegetable garden, orchard and apiary, according to marketing materials. In addition, the developer said it reduced carbon emissions during construction by using alternative building materials.

The spec house has six bedrooms and nine bathrooms. There is a home theater, wine cellar and electric-car charging station, along with a putting green, bocce court and saltwater pool. This is the first of four zero-carbon homes Crown Pointe is developing in MariSol Malibu.

According to Mr. Morris, Crown Pointe reduced the embodied carbon in this home’s construction by replacing 80,000 pounds of steel in the original home design with sustainable timber. It says it slashed its concrete usage by 14% by replacing a concrete-slab foundation with a crawl-space foundation. And rather than place a concrete subfloor beneath the wood and stone floors, it used a rubber underlay made from recycled tires. Around 25% of the concrete used is recycled, the developer said.

All of the home’s electricity comes from the Ventura County renewable energy grid, with Tesla battery walls and solar panels as backup. There is an induction cooktop, electric barbecue and water vapor fireplace. “You can put your hand through it,” said Mr. Morris, who said the fireplace uses water and compressed air to create the illusion of flames. The home has high-efficiency mechanical systems. Its water heater pump system, for example, uses an ozone-friendly refrigerant to transfer heat from the air to the water.

Mr. Morris said the house is in line to become California’s first zero-carbon home, meaning it has no on-site combustion, 100% of its energy use is renewable, and 100% of the embodied carbon emitted during construction was offset by using things like sustainable lumber. To receive official zero-carbon certification by the International Living Future Institute, a third-party organization in Seattle, Wash., the homeowner needs to submit 12 months of utility bills to demonstrate its electrical usage is under a certain threshold.