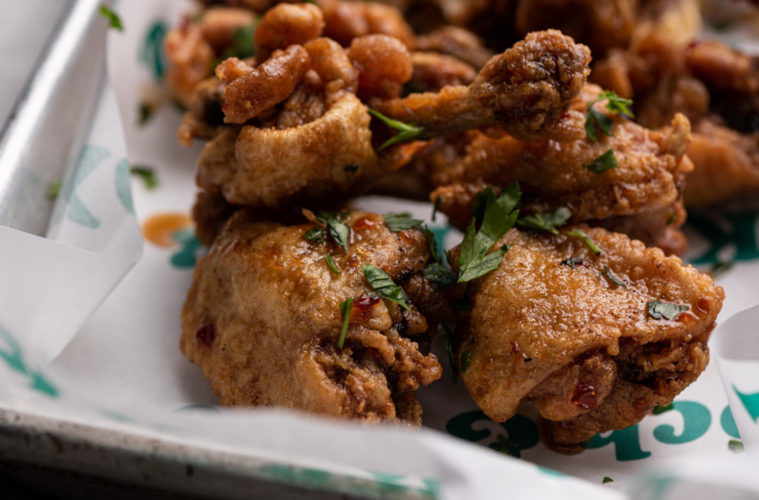 In the last 18 months, Koreatown Lock & Key bar owner Cyrus Batchan has endured mandatory closures and reopenings, multiple fires and robberies. He’s come face to face with endless insurance company battles as well as the vandals that ransacked and stole everything out of his beloved neighborhood bar including the light fixtures. Still, he says the universe is on his side.

“What a lot of small business owners realized during the pandemic is that we operate under challenging circumstances even on a regular day – city regulations, state regulations, upset customers – these are things small business owners have to fight through every day,” Batchan tells L.A Weekly. “It’s that entrepreneurial spirit that won’t let us give up. I grew up in a family where grit was very important and when I see a challenge I really look at it as an opportunity to overcome and problem solve.”

But the challenges this local bar owner faced arguably went well above and beyond the obstacles his fellow restaurant owners were facing with one step forward, two steps back.

Starting on March 27, 2020, the first in a series of five fires at his Koreatown business Lock & Key started at an adjoining property which resulted in damage to his premises. That in turn resulted in fighting with insurance companies and trying to reopen the business during the crazy time of a pandemic. Finally, after reconstruction of the property, the bar was poised to reopen for takeout in January of this year. Then came the next lockdown. Hunkered down at home and watching the capital insurrection, sometime between January 6th through the 9th, the business was burglarized and completely ransacked.

On January 8, Barchan noticed he hadn’t seen a notification from his alarm system, and noticed the camera  and alarm systems were offline. After four fires at the neighboring shopping center, his first thought was that the building had finally burned down to the ground.

“It’s that entrepreneurial spirit that won’t let us give up.” – Cyrus Batchan

“I drove down there, the building was intact,” Barchan tells us. “I stuck my key in to open the back patio door of the building and the lock just shot out the other side. I peeked inside. The lights were on, the shelves were cleared and things were all over the place. People had been in there for two days clearing the place out, including all the light fixtures on the walls. I called the LAPD, they came and walked through the wreckage. I asked them to put up a patrol. They said they’d do what they could. I finally went down and started patrolling the neighborhood myself that night and at one point actually came face-to-face with the people who had burglarized the bar. I combed through the video footage determined to track these people down and got a case filed with the district attorney.”

Lock & Key reopened last June and has experienced a pre-pandemic business boom, but obstacles still remain. There was another fire just last week, once again originating in the same shopping center.

“The city still hasn’t said anything,” says Batchan. “The fires always start in different parts of the shopping center, which is a separate property. They won’t tell us anything. That last fire required more than 100 firefighters to respond. During all of this, my calls to then-councilman Mark Ridley Thomas went unanswered. It’s just another thing small business owners have to deal with. You call the city to try to get some action. I had the arson investigator’s cellphone number, calling him constantly and sharing camera footage of the homeless going in and out. No action.”

Hurdles remain as the local restaurant industry grapples with supply chain issues, raising prices and labor shortages. When the bar opened in 2013, the minimum wage was $8 an hour and a well cocktail was $7 to $8. He now pays his staff $15 and while he can bump the prices up a bit, Batchan’s Koreatown regulars don’t want to pay West Hollywood prices for a drink. He compensates by reducing hours and puts more effort into driving business on the four days Lock & Key is open.

“For some reason, tequila is having a real moment and there’s an agave shortage right now as well as a bottle shortage,” says Batchan. “Some tequilas and bourbons are just not available now because of a lack of bottles. There are some bottles we used to get in a liter and now they are just 750, which increases our price. Some champagnes are almost not available for the same reason. As far as price increases, we see it in everything from the pepperoni that goes on our pizzas to the chicken wings. There is such a demand on the system. Our paper to-go boxes and napkins, everything has gone up from 20 percent to 40 to 80 percent on other items.”

Despite it all, even when the Moreno Valley native came face to face with the four vandals who had destroyed his livelihood at 4 a.m. that fateful morning, all Batchan could think of was his wife, child and saving a small business.

“When I was opening this bar next to a gas station and a Ralphs with no parking, everybody told me I was an idiot,” according to Batchan. “But I had a vision and I knew what it was going to be. Eight years, five fires and one burglary later, the business is still flourishing. The universe had its hand on my shoulder that night and throughout this process. The lesson I’ve learned from this whole experience was you can’t fight the universe, you just roll with the punches.”