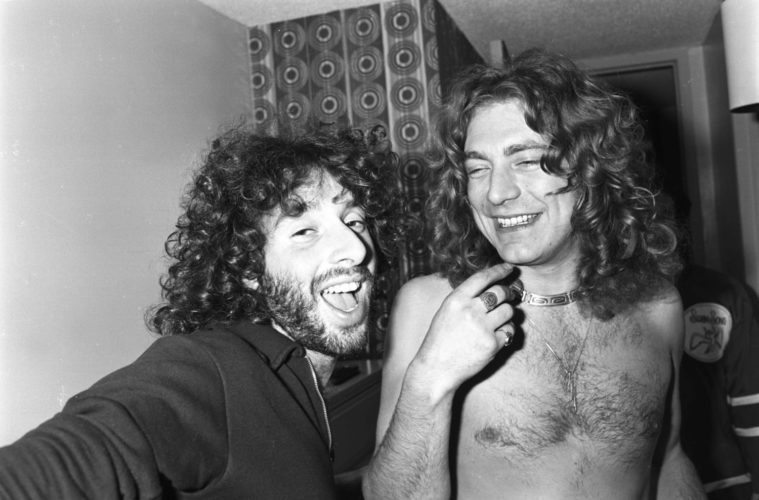 Across a mythic 40-year career in rock photography and photojournalism, Neal Preston has worked closely with a pantheon of musical greats, both in the image studio and live on stage witnessing tours, triumphs, adventures and private moments. His work with publications, record labels and notably the VH-1 classic Behind the Music series always stood out from the conventional, as his knack for infusing spectacular scenes and portrayals of superstars with nuance, inner life and a quality of human realness amid the fabulous fray solidified him as a singular voice in his field.

Now Preston is taking another unique view of the matter… Since maybe the only question photographers get asked more than, “what kind of camera do you use?” is, “what’s on the rest of the roll?” Preston and a cohort of his estimable rock photography peers launched Outtake Gallery to answer that question, offering an online archive of fascinating and never-before-seen images that correlate and contextualize their most iconic shots.

NEAL PRESTON: I’d say around the age of 17 or so. I was still in high school. I realized that the photos I was shooting at various rock shows seemed different from other photographers’ photos. Mine seemed to have a modicum of emotion and presence.

Well in traditional photographic terms I’d say that I am a photojournalist who has specialized in music photography, but I’ve also worked extensively shooting movie stills, hard news, sports, and celebrity portraiture. I pride myself in being able to accept any assignment and deliver the goods.

I’d probably have ended up being in a rock band — or more than likely managing one. When I was a teenager I thought I’d probably end up working as a Nikon salesman in a large Manhattan camera store. Trust me, I never planned the career I ended up having. It was the result of many small coincidences, and following my heart and my gut.

I was accepted to the Philadelphia College of Art in 1970 but at the last minute I bailed on college. I had already been a published photographer while in high school so instead of college I ended up moving to Los Angeles in 1971 to pursue my career. In the early 1970s, Los Angeles was not only the new epicenter of the music business, it had the magnetic pull of a real-life fantasyland. I was certainly not immune to L.A.’s charms.

I have a feature film to work on in 2022 and a few other things I’m not at liberty to discuss yet. My business partner and I just launched Outtake Gallery, an online collection of never before seen rock and roll photography, all in strictly limited editions. We’re excited to offer this work to collectors for the first time. The other participating photographers are Joel Bernstein, Michael Grecco, Ken Regan and Andrew Kent. We will invite more photographers going forward.

That’s easy: Ethan Russell, who in my mind is the greatest music photographer of all time. Bar none. He was on the rooftop with the Beatles, which no other photographer can say…also he’s the only photographer to have shot album covers for the Beatles, the Rolling Stones and The Who.

Depends on what I’m working on but my default musical tastes run to classic rock; The Who, the Beatles, lots of 60’s and 70’s stuff. But I have fairly eclectic tastes! I bounce around from The Who, to classical, to country, to straight pop. Anything but hip-hop, which to this day I truly don’t understand.

Joel Bernstein: Joni Mitchell, smiling, Half Moon Bay, BC, Canada, Sept. 1972, taken just after the photo she chose for her “For The Roses” album cover, 1972.