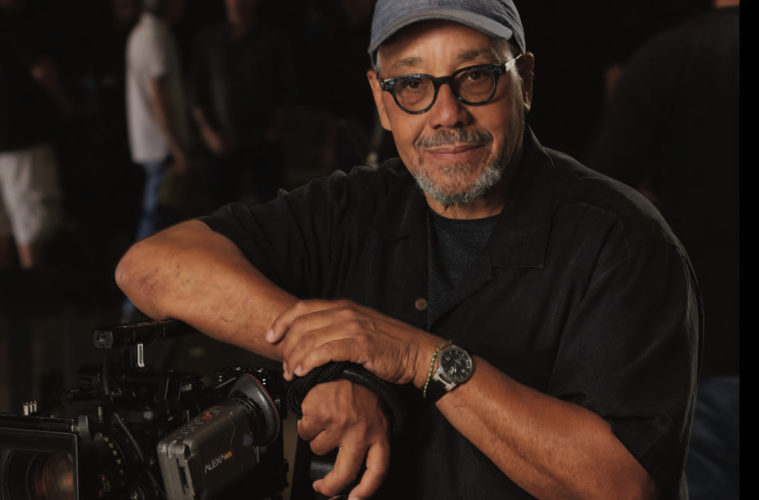 John Simmons, ASC began his career as a professional photographer at the age of 15, when he began shooting for The Chicago Defender, a Black-owned newspaper established in 1906 — and the experience of chronicling the world changing before his eyes every day proved formative and lasting. Subsequent studies in fine art and later cinematography — as well as an ongoing practice in painting and collage as well as education — have yielded a wide-ranging, award-winning and prolific career across storytelling mediums. But whether he’s helping bring the creative visions of icons like Stevie Wonder, Snoop Dogg, Spike Lee and Debbie Allen to life, creating moving portraits of ordinary folks, or documenting historic moments in civics and society, Simmons never loses sight of his mandate for equity, dignity and authenticity.

JOHN SIMMONS: I think I was always an artist. I was always in love with pictures, textures, the shapes that clouds would make, leaves and light falling on things from my earliest memory. Being on the inside of myself looking out at one thing against another like there was no other choice. Absorbing. I think that says something about art and me.

Did you go to art school?

I’m also a working cinematographer and L.A. has worked for me. I grew up in Chicago and California has always been attractive. I’m a sucker for the weather.

My first real show was at The Museum of Natural History in the 1970s in Nashville, Tennessee. I think I had thirty photographs in the show.

It’s pretty amazing that for the last couple of months, I’ve had three shows going on in L.A. at the same time. From August to October, I had an exhibit at The Casa 0101 Jean Deleage Art Gallery, Aziz Gallerie, and work at the Getty Museum. Next month, I have a show opening in Oakland at The Joyce Gordon Gallery.

I’d like to show my work to Bobby Sengstacke, my mentor, so he could see what everything has turned into with my photography. He was very generous and saved my life in many ways. The other person is muralist and painter Aaron Douglas, the father of the Harlem Renaissance. He sharpened my way of seeing and refined my perception of achieving a narrative in a single image. I owe so much to them. It would be great for them to see how all this is working out.