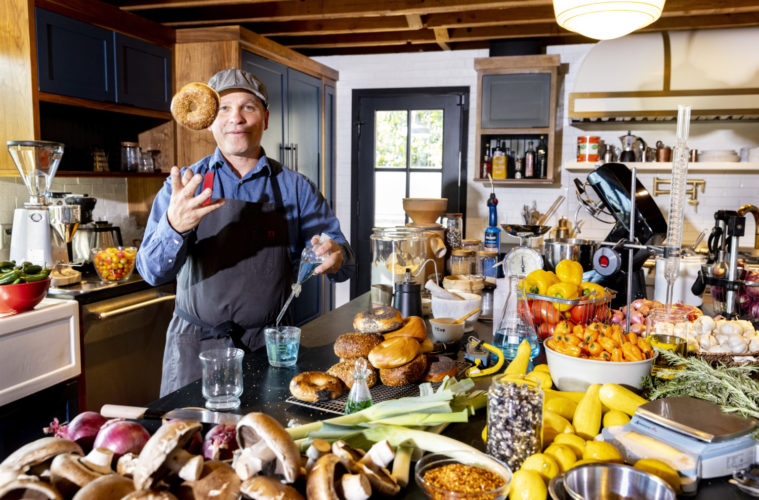 Ozone sterilization, regenerative rye, countertops that are living organisms and lots of ooey, gooey cheese – these concepts might sound scary, but for Blaze Pizza chef and food scientist Brad Kent, they are the ingredients of the future at his soon to open Bagel + Slice in Highland Park.

The owner of Olio Wood Fired Pizzeria and partner in the Blaze Pizza chain, Kent graduated with honors from the Culinary Institute of America and apprenticed with Joachim Splichal at Patina. After graduating with a food science degree at Cal State Long Beach, there was just one place to go for Kent – the United States Department of Defense in Massachusetts, where he served as the first-ever research chef focusing on all-natural product development for field rations for the U.S. military.

“I reached out to them because I found out that they were the ones responsible for basically everything cool that we knew about in food and food technology,” Kent tells L.A. Weekly in the food lab that is his enchanting Eagle Rock kitchen. “Food technology can be as simple as the food bag your potato chips come in – that came from the department of defense. Chopped and formed meat – the McNugget – that’s a U.S. Department of Defense invention.” 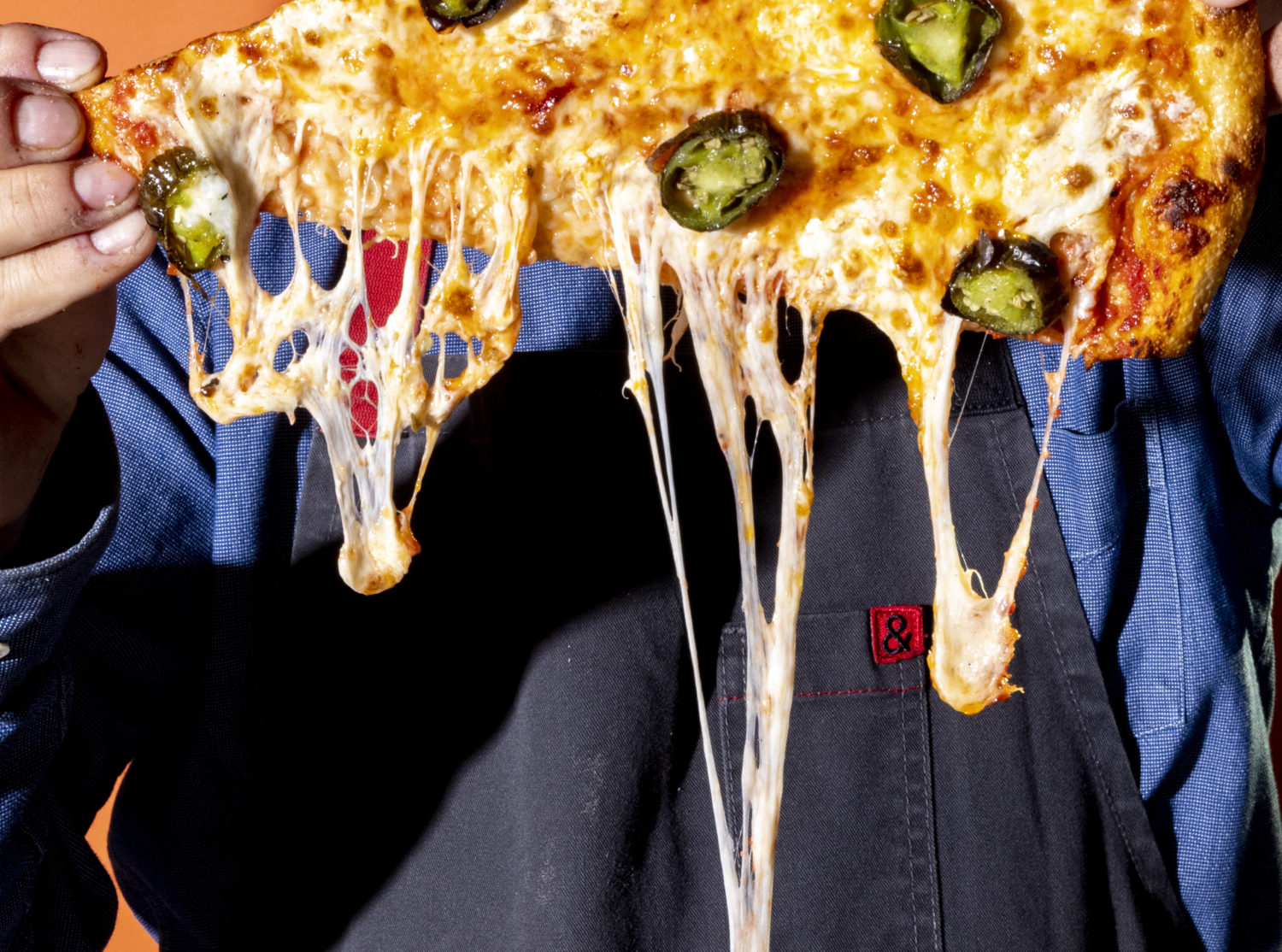 Food science dates back to about 1941, when M&Ms were created exclusively for U.S. service members deployed overseas during World War II. In addition to his patented invention of a needle-bed dehydrator, Kent also served on sensory panels during his tenure at the DOD, taste testing 20-year rations among other things.

“I was on the panel for the NASA space program sensory panel, eating irradiated food,” he says. “We eat radiated foods every day that we aren’t aware of like spices, but not to the level that stuff for space is. The stuff for NASA had to be completely sterilized to an almost a lethal dose, and it would change the food and the color. Green peppers would turn red, the chicken would turn pink, milk would pick up a really horrible flavor. On these panels, I would have to say what I detected. We had a lexicon of words – like wet dog, which means here’s what causes wet dog flavor. Usually, it was dairy, so do we decrease the dairy or protect the dairy?”

Those experiences, along with his love and chemical knowledge of wine tasting, are what led this dough boy to open his state-of-the-art Bagel + Slice restaurant.

Designed with a pandemic in mind, the entire ventilation system is ozonated. It ozonates water for the environment using UltraViolet light, which kills viruses and bacteria and disinfects the restaurant from stem to stern. More effective than bleach, it’s safe, natural and FDA approved. All of the water in the toilets, urinals, hand sinks, mop sinks, produce sinks and dish sinks is ozonated to reduce the risk of foodborne illnesses and environmental things that happen at the field level and create a safer environment for staff and guests.

“I believe that it could be as little as 10 years from now that I see restaurants no longer being built with gas ovens in the kitchen at all,” the married father of two predicts. “I understand that there are so many advances being made in renewables that electricity in the very near future will be less expensive than gas to run. The restaurant of the future, I believe, will be an entirely electric kitchen. I think induction does a much better job than a gas stovetop. With induction, you can go from extraordinarily low to extraordinarily high instantaneously because you’re heating up the pan molecularly which is different from conductivity using gas. Gas is also warming the environment, so the efficiency is direct. When you’re heating a pan with induction, you’re heating the pan directly and with gas, you’re heating the environment so you have to cool that environment down besides letting off a ton of carbon emissions from your restaurant. Just inhaling that wood-burning smoke inside the restaurant is not healthy for employees.”

“He has poured every ounce of himself into his cooking spaces and recipe development. I’m not sure he’s actually even seen the rest of the house,” jokes Bagel + Slice Creative Director Jeff Minton. “We spend a lot of time in his amazing kitchen. He’s always so inspired and bouncing with energy. He’s always testing, trying new things. He’s thinking about flavor, and the science, and sourcing the best ingredients. He will pick up a poppy seed with tweezers, then go on and on about where the poppy seeds on his regenerative wheat bagel come from.”

“I don’t really care what the rest of the house looks like,” says the scientist. “The most important thing was that the kitchen needed to function. I want to be able to cook everything. The countertops are antimicrobial, made from soapstone, a living organism. It changes over time because it’s living. It’ll get stained and it’ll get chipped and oxidized. Same with our floors, which are limestone. It’s beautiful to see the path of travel.” 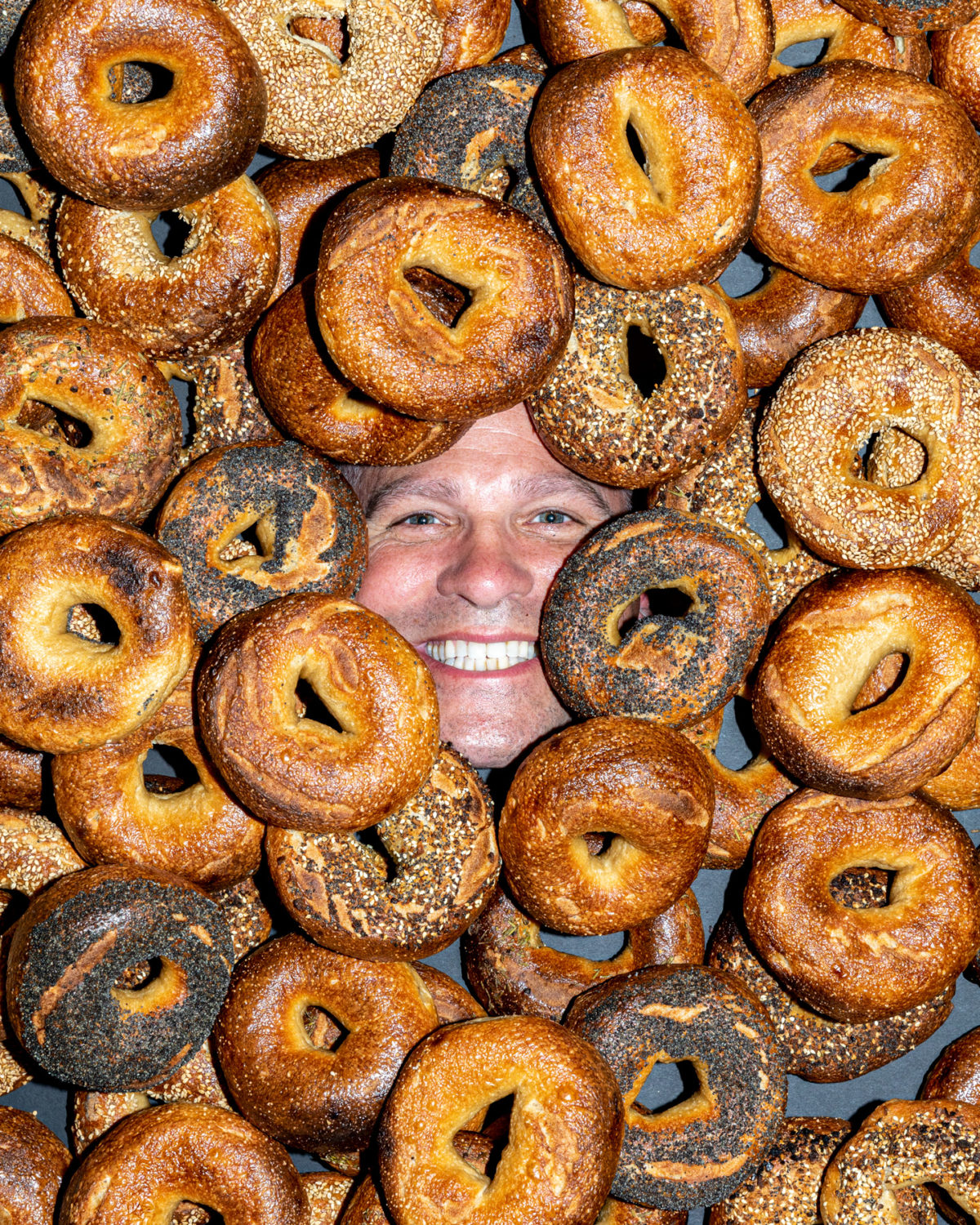