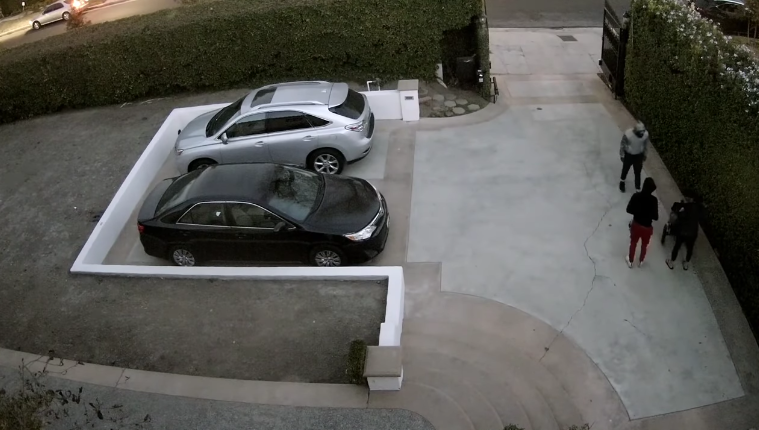 The Los Angeles Police Department (LAPD) released video of a November 28 robbery involving a mother and child in Hancock Park.

The video shows the mother carrying a stroller and opening the automatic gate to her home. After entering the gate and making her way to the front of the house, two men can be seen exiting a silver sedan with tinted windows that was sitting idle across the street.

The two robbery suspects entered through the unclosed gate and approached the mother in the driveway before running off with her diaper bag and cooler and making their way back into the sedan.

The woman then grabbed her baby from the stroller and ran up the driveway to safety.

Police responded to the call at 5:10 p.m. and the woman was not harmed in the incident.