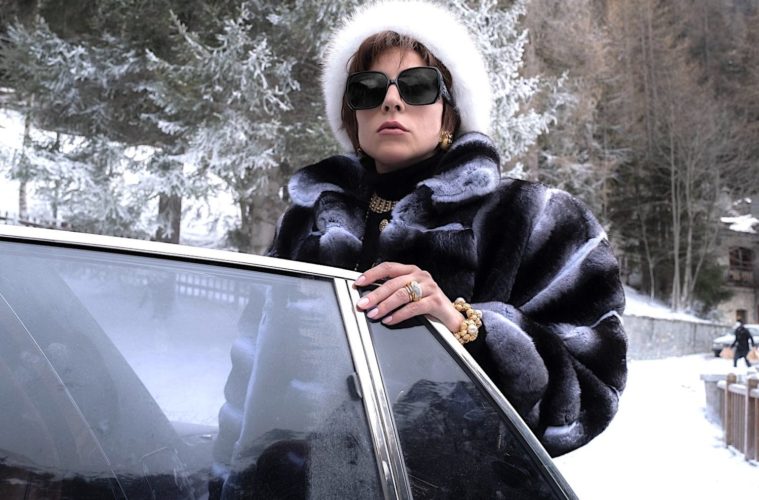 If you’ve seen the previews for Ridley Scott’s House of Gucci and caught wind of the caricatured Italian accents, 80’s soundtrack and star-studded cast, you might expect a campy romp or a satirical take on one of the most outrageous family dynasties in modern history. Instead, the film goes for more of a contemplative affair, and sadly, it doesn’t work with the narrative, which switches from serious to absurd like a model changing clothes at a runway show.

Don’t worry, the movie still has plenty of wackiness, but it’s precipitated by the characters themselves, not the director forcing it on us. Stylistically, Scott prefers to watch the drama unfold with an observer’s curiosity, instead of jumping into the muck with his players (unless he’s directing a period piece like Gladiator or more recently The Last Duel, wherein he splatters mud all over the place). Although this somewhat controlled approach to a saga about betrayal, sex and murder has a dash of elegance, the film feels uneven and white-knuckled. Besides the obvious flaws (like the silly accents and overacting), the script and directing desperately needed another layer of depth and psychological intrigue. Gucci is too polite to be campy and not campy enough to be farcical. This house needed some refurbishing.

Even as the movie struggles along, at times feeling like a mere chronicle of events, the actors do their best with their thinly conceived characters. With her bob of jet-black hair, chic silk dresses and sultry gaze, Gaga’s turn as Patrizia should cement her place as a formidable actress beyond A Star Is Born. Although there’s been an influx of criticism regarding her accent (apparently she comes off more Eastern European than Italian) Gaga doesn’t sound any more caricatured than her experienced cohorts. Undoubtedly, the rest of the cast is fascinating to watch, regardless.

As the patriarch, Pacino plays a man who might act like a generous grandfather on the surface, but harbors a lot of hate. Selma Hayek provides comic relief as Patrizia’s confidant. And the always dependable Driver gives a textured and believable performance. Leto, on the other hand, is anything but. Unrecognizable in a fat suit and prosthetic hairline, Leto wails, blubbers and flails about like a token “Italian” character from an ‘80’s sitcom. Although his turn as Paulo is beyond ludicrous, he actually breathes life into a movie that’s way too sedate. He’s probably the only one who thought he was starring in a straight-up farce.

There are some good moments in Gucci, and Scott’s mastery for detail is on full display. The production design, costumes and music sweep you up when you need them most. And the story is undeniably juicy. But the pinballing between parody and reality never seems sure where to land. At times, you wish Martin Scorsese would swoop in, rev the engine and meld the two together. The script by Becky Johnston and Roberto Bentivegna has all the components of a solid drama, but it lacks the subversiveness and brutality required of an emotional family saga. It’s a classic case of too much exposition and not enough vitality. This is apparent in how the script doesn’t flesh out the personalities or their motives. Like, why does Maurizio go from reluctant and bookish to ruthless CEO, seemingly overnight? They never tell us.

Even with its faux pas and odd choices, Gucci does have some sizzle. Scott manages to immerse us in a strange, self-contained world that’s as messy as it is cold. Perhaps that’s deliberate on his part; it’s difficult to tell. Although he started in advertising and two of his early films redefined slickness (Alien, Blade Runner), at 83-years-old, the director has evolved into a master of disciplined filmmaking. And he’s got a great eye. Still, if your subject is as dramatic and bonkers as the Gucci’s, it would be better to add some flair to your approach and not hold back. The result is like watching two strangers argue over a car wreck – it’s entertaining, but pretty uncomfortable.